Forum List What's new Dark Style Change width
Log in Register
What's new Search
Menu
Log in
Register
Navigation
Install the app
More options
Dark Style
Close Menu
Posted on June 9, 2020 by Martin Dew
You are using an out of date browser. It may not display this or other websites correctly.
You should upgrade or use an alternative browser.

With film restoration and preservation at the forefront of many major studios’ minds in recent years, and ever since the introduction of both Blu-ray and 4K UHD discs, consumers have benefitted from being able to see (and hear) movies at home as close as possible to what was intended by the filmmakers. Whether you use an automated or manual aspect ratio masking system on your projector screen, or simply enjoy viewing correctly formatted black bars on your flat panel display, here are five hi-res discs of great movies I have picked out to celebrate the world of widescreen. Most films have been released historically in one of three common aspect ratios (1.37:1, 1.85:1 flat or 2.35:1 scope), but these following five titles have all bucked that trend to some degree, and amount to intriguing showpieces for your home theater.

The luscious Warner Bros. frame-by-frame Blu-ray restoration of William Wyler’s 11 Academy Award-winning epic is presented in its original 2.76 aspect ratio. The ultra-wide image dimensions were a result of Panavision’s development of 1.25x anamorphic lenses for the MGM 65 system and resulted in perhaps the king of all widescreen films, Ben-Hur. Here is an opportunity to marvel at the sheer scale of the impeccably choreographed chariot race, row-upon-row of marching centurions, and matte paintings seemingly spilling out into infinity. The tale of the undulating fortunes of Jewish nobleman Judah Ben-Hur during the life of Christ is augmented by Miklós Rózsa’s gorgeous music score. The story still resonates today, and you might just wonder whether cinema will ever be this great again. (Also check out the 1963 screwball comedy It’s a Mad Mad Mad Mad Mad World shot using the same MGM 65 system and also available on Blu-ray.) Purchase at Amazon 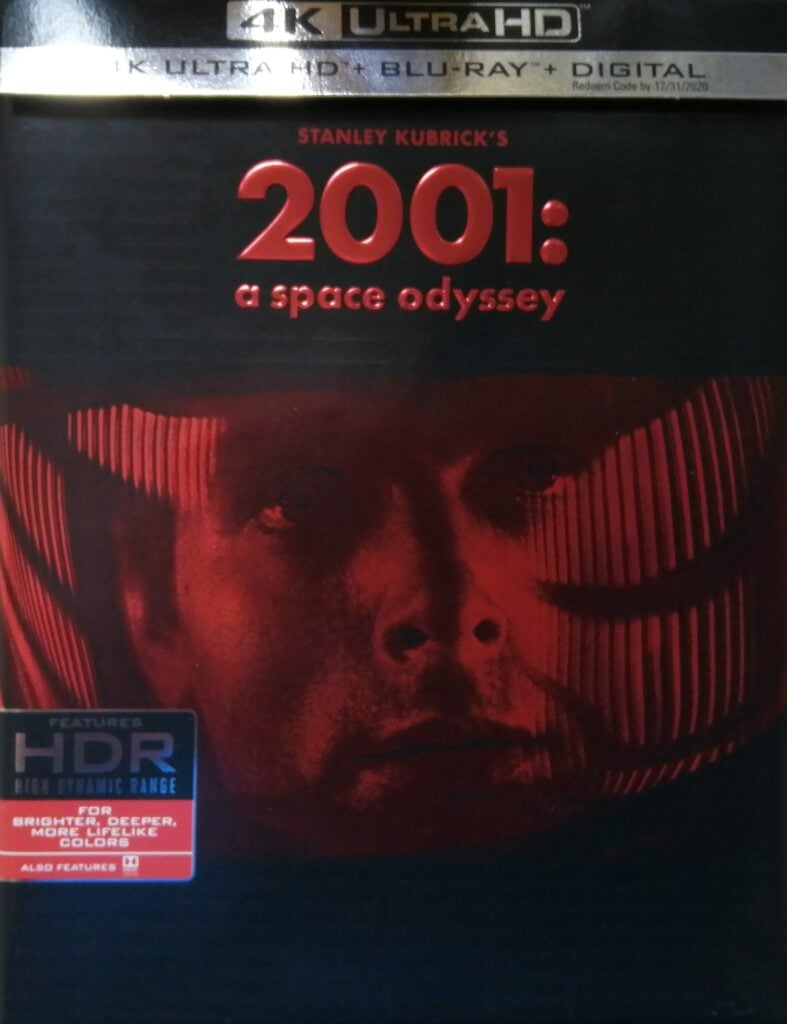 The common buzz-phrase in movie studio development offices today is ‘high-concept’, but it is hard to think of a movie that did not have loftier ambitions than Stanley Kubrick’s extraordinary masterpiece, 2001: A Space Odyssey (1967). The thought that man had not even walked on the moon by the time the movie was released makes the jaw-dropping special effects all the more astounding, and it arguably would not be until Star Wars was released in 1977, ten years later, that we would see such convincing representations of outer space.

The exquisitely mastered 4K UHD Blu-ray from Warner Home Video does not miss a trick when it comes to manifesting all the intricate details of futuristic interiors, nor when giving us a taste of the inky black void of space. Shot in Super Panavision 70, Kubrick’s plan was to envelop his audience in the experience in theaters, and both the 4K and Blu-ray discs now present the movie in its original 2.20:1 aspect ratio. While you have your masking panels lined up for this presentation, also consider Sony’s film-centric restoration of David Lean’s masterful Lawrence of Arabia (1962), whose 4K disc is reviewed by Robert Harris. Coming along hot on the trail of MGM 65, Lawrence was also lensed in spherical (non-anamorphic) Super Panavision 70. Purchase at Amazon 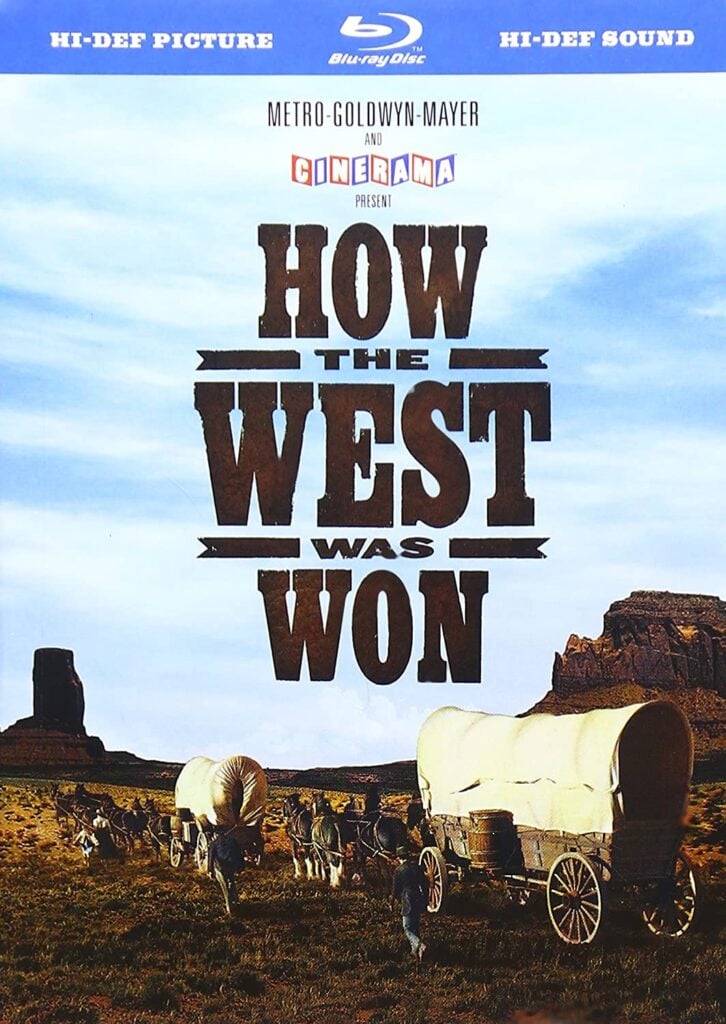 A 1952 technology known as Cinerama, and culled from Fred Waller’s WWII military simulator, used three synced 35mm (6-perf) cameras to capture an astounding 2.59:1 aspect ratio with a 147° field of view. The resulting theatrical presentation used three projectors on a massive curved screen, with seven channels of audio. Although a number of travelogues were produced for Cinerama venues including, probably most famously, This is Cinerama, it wasn’t until 1962 that the first and last feature film titles in the format appeared: The Wonderful World of the Brothers Grimm and How the West Was Won.

No widescreen collection should miss out on the pristine Warner 2.89:1 Blu-ray of How the West was Won. You can follow four generations of the Prescott family as they blaze a trail westward across the vast and beautifully captured landscapes of America, from New York to the Pacific Ocean, during and after The Civil War. Spot the two joins on the screen where the three-camera Cinerama process makes its mark on the 2.89:1 version, and then give the included bonus disc ‘Smilebox’ (2.59:1) a whirl, an intriguing curved screen facsimile of the view which 1960s moviegoers would have experienced. Purchase at Amazon 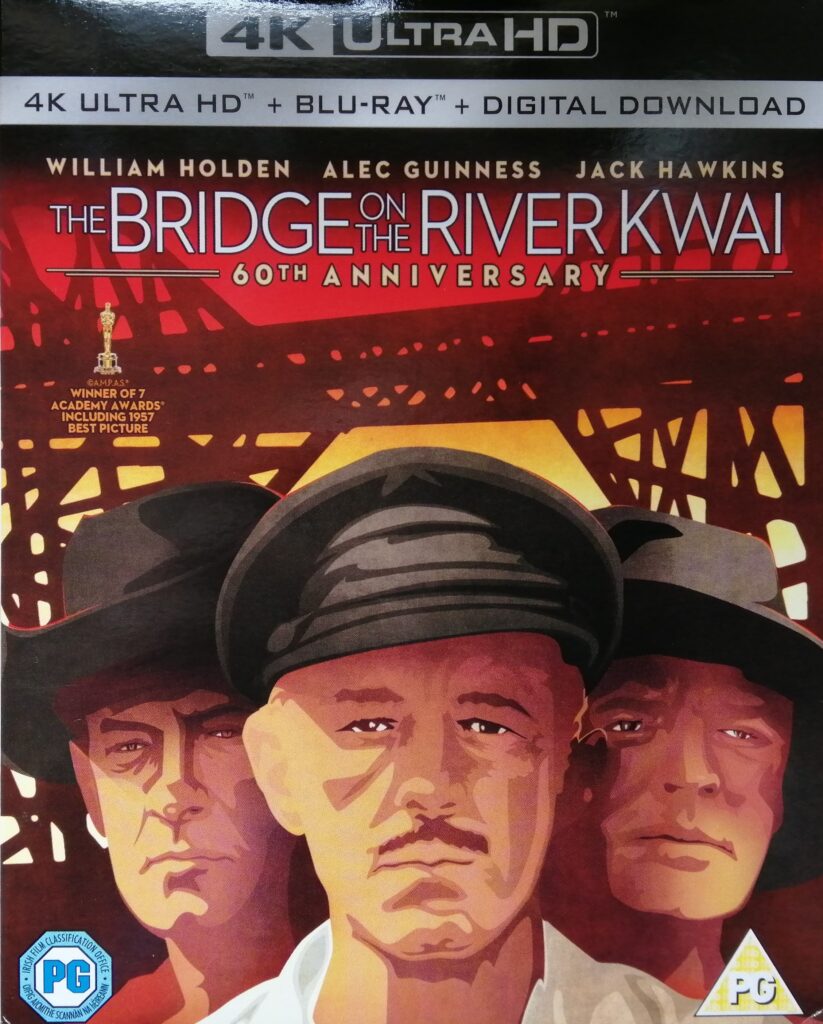 Director David Lean soars with his expansive narrative following British soldiers at a Japanese prisoner-of-war camp ordered to construct a bridge connecting Bangkok and Rangoon. Winner of seven Academy Awards including Best Picture, The Bridge on the River Kwai is a masterclass in no-holds-barred filmmaking with its sumptuous photography and multi-layered script. Derived from the original negative and with a resulting painstaking restoration in 1992, the UHD disc now enjoys HDR grading to allow stunningly enhanced colors and markedly improved shadow detail compared to its 1080p counterpart. The movie now looks better than ever before and is presented in its original ultra-wide anamorphic 2.55:1 CinemaScope aspect ratio. Purchase at Amazon 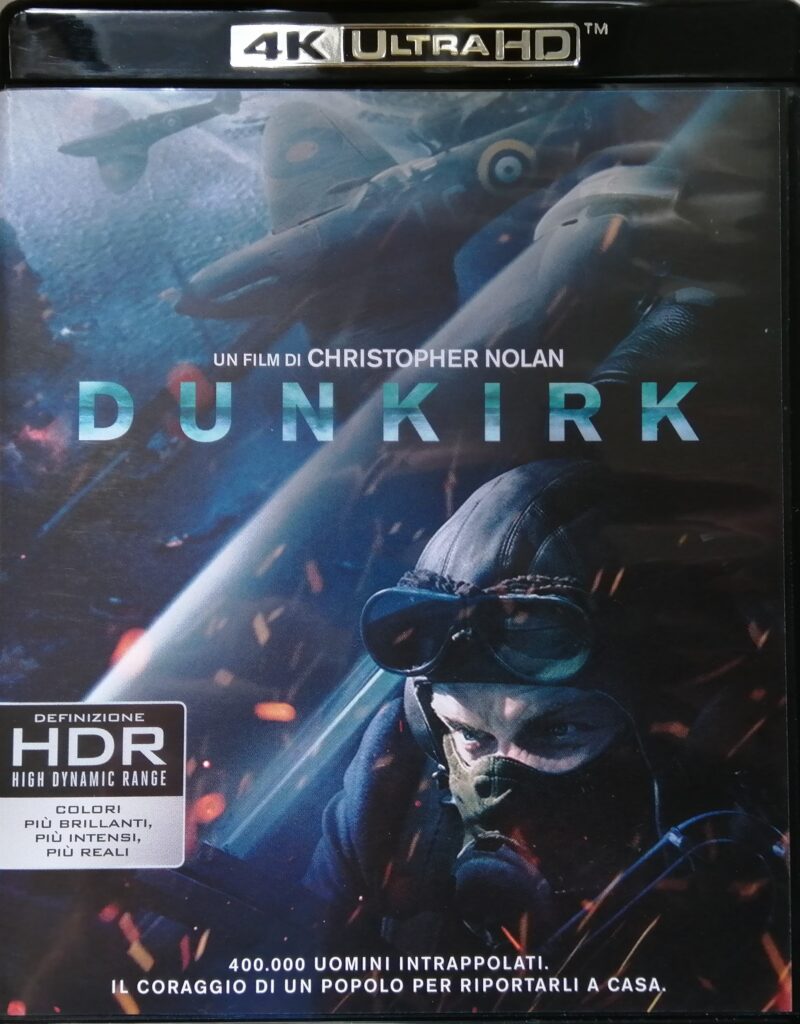 Christopher Nolan’s Dunkirk recounts the humiliating evacuation of more than 300,000 troops from the town’s beaches in northern France in June of 1940. The sense of impending doom and panic wrought across its comparatively short run time has once again confirmed Nolan as a director of immense talent. Controversially for owners of projectors and masked or unmasked projection screens, there are a number of disc titles out there which bump from a letterboxed widescreen format (like 2.4:1 or in this case 2.20:1) to 1.78:1, usually to represent sequences of movies shot with IMAX cameras, and shown in dedicated cinemas at 1.43:1. Nolan has been no stranger to this format-shifting, having given his Dark Knight Trilogy films the same treatment on disc. You can also see a similar effect on both Aquaman and M:I Fallout BDs. Notwithstanding, the full-screen 1.78:1 sequences in the Dunkirk 4K disc are breathtakingly detailed and nuanced. The sense of image depth achieved during the IMAX shots as fighters descend from bleached skies dropping payloads onto bouncing vessels on turquoise seas represents new highs in the evolution of both UHD and HDR image quality. Purchase at Amazon

Need to have Raintree County the first movie filmed in the MGM Camera 65 system released on Blu-ray.

The 50th Anniversary Blu-Ray of Cleopatra with Liz Taylor also looks fantastic. The scene where she enters Rome is worth the cost of the disc alone.

Agree about How The West Was Won & Bridge on the River Kwai and they both look great! Like watching all the Cinerama releases too.
You must log in or register to reply here.