Fear The Walking Dead debuts its special edition Season 1 Blu-ray set to coincide with the upcoming season 2 premiere on April 10, 2016.  This set, with its commentaries, deleted scenes, and other special features renders obsolete the original bare bones Season 1 Blu-ray set released on December 1, 2015.

Madison Clark(Kim Dickens) is a high school guidance counselor dating English teacher Travis Manawa(Cliff Curtis).  Madison has a son and daughter, Nick(Frank Dillane) and Alicia(Alycia Debnam-Carey), and Travis has a son, Chris(Lorenzo James Henrie).  As if divorcees with teenage children in Los Angeles do not have enough drama, the apocalypse arrives to really shake things up for them.  Madison’s son Nick also happens to be a junkie, which causes additional problems after the arrival of the undead and martial law.  In the midst of the chaos, this family allies themselves with the Salazar family, Griselda(Patricia Reyes Spindola), her husband Daniel(Ruben Blades), and their daughter Ofelia(Mercedes Mason).  The character dynamics are as integral a part of the story as the larger events affecting these characters, just as in The Walking Dead.

Fear The Walking Dead largely succeeds in its less-is-more philosophy, to the extent that a single walker popping up in the initial episodes can seem more menacing, given the right dramatic situation, than a horde of walkers.  Make no mistake, there are many walkers to be seen in this series, but the suspense builds gradually to coincide with the decline of law and order.  The final episode, The Good Man, features a turn of events that, while inevitable, may seem contrived regarding the downfall of law and order in Los Angeles.  Even so, the season ends in an interesting place for its characters, which shows promise for the storytelling possibilities that have opened up for season 2.

The first season’s original televised aspect ratio of 1.78:1 is presented in this 1080p transfer using the AVC codec.  Fine detail is excellent with a sublime grain structure.  Black levels display a touch of black crush at times resulting in some apparent, though minimal, loss of shadow detail.  Colors are vibrant but also appropriately subdued to reflect the dramatic tone.  Viewers who watched these episodes as broadcast will see a nice jump in video quality on these blu-ray discs.

The Dolby TrueHD 5.1 English audio delivers an immersive experience with great dynamic range.  Directional audio is used discreetly with most dialogue coming through center and front channels.  The sound mix is solid with dialogue always audible over soundtrack music and ambient noise.  The audio may not be demo material but it also has no apparent flaws.

This special edition of Fear The Walking Dead on Blu-ray, with its wealth of special features, renders obsolete the original Blu-ray set released at retail in late 2015.

Included are the following special features:

Pilot episode: The Widescreen version:  This presents the pilot episode in a 2:35.1 aspect ratio that presents additional video on the left and right sides of the picture.

Deleted scenes(6:35):  These 5 deleted scenes are relatively brief and play consecutively without titles.

Five Things You Need To Survive(2:17):  Cast members talk tongue-in-cheek about what they would need to survive the worlds of The Walking Dead.

Locations: L.A. and Vancouver(6:56):  Producers and cast talk about filming on location in L.A. (for the pilot) and in Vancouver(for the remainder of the season.

Quarantined(6:36):  Cast members and producers talk about the characters’ perceptions of being isolated in quarantine under martial law.

Stunt and Anarchy(6:58):  Featurette about the physical stunts performed in the series.

The Faces of Fear(5:15):  Actors Dim Dickens, Alycia Debnam-Carey, and Frank Dillane talk about the dynamics of their on-screen family.

The Infected((4:48):  Producers and cast members talk about the mystery of the infection as it is unraveled by the characters.

Audio commentaries on all of the following 6 episodes from season 1:

Also included is a paper insert with a validation code for Ultraviolet for those consumers enamored with watching video on a tiny screen on a mobile device and storing their media in the ether.

Thanks for the review, Timothy! Interesting that this is framed at 1.85:1; being made for TV, I would have thought that it'd be framed at 1.77:1, not that there's a huge difference between the two.

The difference between the broadcast and Blu-Ray picture quality for the mothership is startling, since the heavier compression on AMC doesn't handle the heavy grain of 16mm film very well. With this one being digital from beginning to end, I wouldn't have thought the jump would have been as appreciable for "Fear the Walking Dead".

Adam, you are right that there is little difference between 1.77:1 and 1.85:1 for aspect ratio, but I have corrected the review to reflect accurately that it is actually 1.78:1. I am still having growing pains adjusting to the new admin software for entering reviews, and I overlooked this.

I watched these episodes originally on HD broadcast, and the video quality was certainly fine then, but I really noticed a jump in video quality on these discs with much finer grain structure and fine detail that I know was not perceptible on broadcast.
Reactions: Adam Lenhardt
You must log in or register to reply here.
Share:
Facebook Twitter Reddit Pinterest Tumblr WhatsApp Email Link 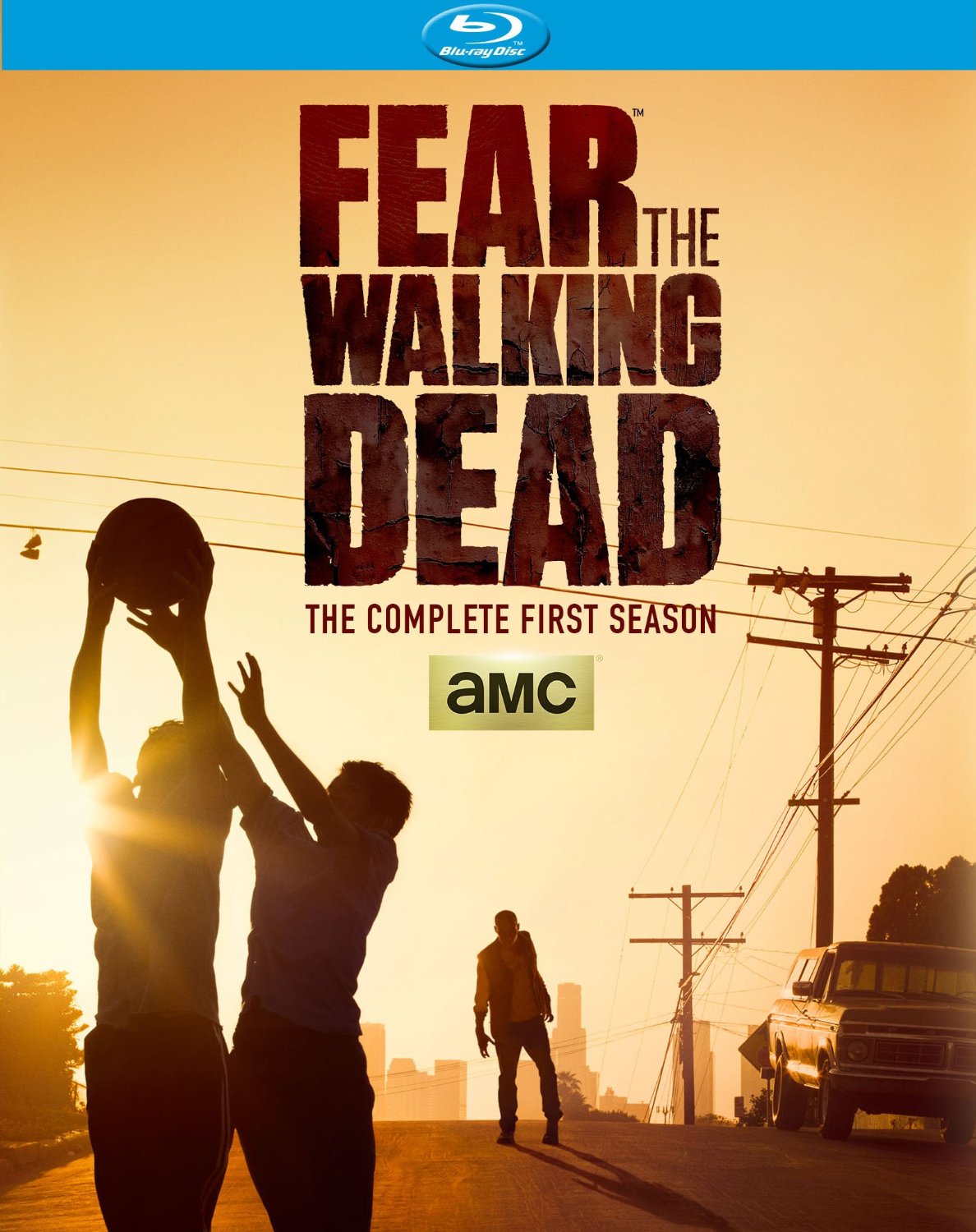