Strictly for the little ones 3 Stars

Nancy (voiced by Mia Sinclair Janess) is a young girl who loves fancy things, particularly if they are French, playing dress-up and having tea parties with her friends, her imagination sometimes getting her into trouble with her parents (voiced by Rob Riggle and Alyson Hannigan) while occasionally breaking the fourth wall.

To be honest, I could not watch more than ten minutes of Fancy Nancy, an animated television series produced for Disney Junior. It is very obviously aimed at preschool and kindergarten aged girls, so much so that I found nothing of any entertainment value in what I watched, with Nancy’s fourth wall breaking “That’s French for….” just plain annoying. The computer animation is a bit too automated at times, with characters turning ninety degrees on a dime when walking in doors or around corners or stopping, and characters show emotion only when necessary, while hairstyles seem to have been set with superglue and they do not move, although I guess the intended audience will enjoy the bright colors. This DVD release includes the first six episodes of season one.

Fancy Nancy airs on Disney Junior in 720p, and Disney’s 480p downconversions on this DVD look pretty darn good. Considering the level of animation used, that may not be saying much, although I did notice some interlacing issues in the opening title sequences of each episode. Textures and other fine details are soft, while colors are very bright and vivid. Contrast is adequate, this is an overly bright image throughout, with whites that don’t clip but don’t expect shadow details in the blacks – they were never drawn or animated to begin with.

As is the case with most of Disney’s DVD offerings of their animated television series, Fancy Nancy carries a Dolby Digital 2.0 stereo track. It does its job, providing nice stereo separation along the front soundstage with some mild surround presence when played back in Pro-Logic (or other matrixed surround) mode. Dialogue is clear and understandable throughout.

Disney has not included any extras on this disc whatsoever, not even re-edited music videos of some of the songs from the series.

Fancy Nancy is definitely for preschool and kindergarten aged girls, and although parents may appreciate some of the life lessons taught in the series, it can be rather grating for them to sit through more than one episode with their kids. 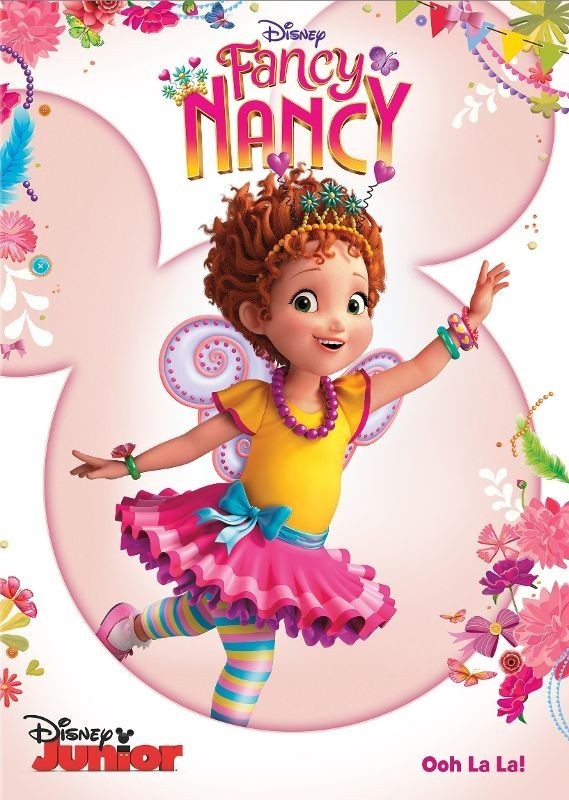