A typical Disney fantasy-adventure circa 1975, John Hough’s Escape to Witch Mountain offers moderately paced thrills with middling special effects of the era to fashion a family friendly romp that younger kids will find more appealing than their older kith and kin.

A typical Disney fantasy-adventure circa 1975, John Hough’s Escape to Witch Mountain offers moderately paced thrills with middling special effects of the era to fashion a family friendly romp that younger kids will find more appealing than their older kith and kin. Another Disney live action film mastered in high definition for the Disney Movie Club, this doesn’t rank among the best of Disney’s live action fantasies, but it’s reasonably entertaining for its ninety-seven minute running time.

Ruthless millionaire businessman Aristotle Bolt (Ray Milland) is willing to do anything to stay on top, and he demands that his executive assistant Lucas Deranian (Donald Pleasence) find him some means of accomplishing this goal. Deranian stumbles on two orphan children Tia (Kim Richards) and Tony (Ike Eisenmann) Malone who seem to have telekinetic powers which offer a limitless number of possibilities for the scheming businessman. Masquerading as their long lost uncle, Deranian takes custody of the children who quickly discern that despite the luxuries and comforts offered to them by Mr. Bolt, they need to escape, a cloudy recollection of their earlier life and a star map directing them to a place between Misty Valley and Stony Creek seeming to be their destination. A kindly if crusty widower Jason O’Day (Eddie Albert) offers to get them there.

Robert Malcolm Young has penned the screenplay adapted from the young adult novel by Alexander Key. It manages to work in a number of special effects sequences which show us the extrasensory powers Tia possesses and the levitation-oriented powers that Tony controls with his harmonica, and they will certainly be the highlights for the younger set who watch the film (the magic seems painfully obvious now for the more grown up among us). Special relationships established with Winky the cat, Thunderhead the horse, and a bear come in very handy during the course of the narrative, and though the magic here is far more subdued than that which the Disney magicians pulled out of their hats with Mary Poppins and Bedknobs and Broomsticks, it’s passably amusing. Some spectacular car and motorcycle crashes, however, are still impressive today, and it’s all helmed smoothly and evenly by director John Hough. And for those who hadn’t read the book or hadn’t known anything about the story ahead of time, the revelation of the children’s real identities is still a delightful surprise.

Had Disney had access to this story in earlier eras, it would have been tailor made for Luana Patten and Bobby Driscoll or Karen Pendleton and Cubby O’Brien or Karen Dotrice and Matthew Garber from Mary Poppins. Here Kim Richards and Ike Eisenmann give serviceable performances without bringing the great kind of spunk or playful mischievousness that those earlier performers might have brought to the project. They’re moderately engaging but a bit bland to be the heroic tykes of the picture. More amusing are the outstanding adult character actors the Disney company always found spots for in their pictures. Ray Milland chews the scenery with aplomb as the ruthless tycoon, Donald Pleasence is more subdued than one might expect as the chief aide, and Eddie Albert is eventually a warm and welcoming presence for the wayward kids. Reta Shaw is as entertaining as ever in the early going as the orphanage director, and Denver Pyle shows up late in the day as the children’s long lost Uncle Bene. Dermott Downs makes a strong impression in the orphanage scenes as the bratty bully who is constantly thwarted by the children’s magical abilities.

The movie is framed here at 1.75:1 and is presented in 1080p using the AVC codec. Though processed by Technicolor, the hues here are a bit subdued and on the dull side. Flesh tones seem fine, but the greens and blues don’t pop in the same way they do on other Disney Blu-rays. Sharpness is generally very good though there are one or two occasions where a lazy focus puller was asleep at the switch resulting in close-ups not as sharp as those in shots which precede and follow the softer ones. Sharpness is strong enough, however, to plainly see the wires attached to a crayon, marionette controls, Tony’s harmonica, and a bag of flour that float over a scene. The movie has been divided into 12 chapters.

The Dolby Digital 2.0 sound mix is decoded by Dolby Prologic into the center channel. Dialogue is always easy to hear and understand, and it’s been combined with Johnny Mandel’s bubbly score and the atmospheric sound effects into a smooth and artifact-free track. Fidelity might not be aces for a mono mix (bass isn’t especially strong), but it’s typical of its era.

There are no bonus extras on this disc, not even the theatrical trailer.

Escape to Witch Mountain is average 1970s Disney fantasy fare. It was certainly popular enough to lead to a sequel and many years later to a remake, but the original will certainly offer a trip down memory lane to many viewers who grew up during this era. This movie is offered as part of the Disney Movie Club (www.DisneyMovieClub.com) though you can certainly find it offered for sale with varying premium prices at Amazon (see below) and through other marketplace sellers.
Post Views: 2,157

Thank you for the review, Matt.

Disney's practice of shitcanning every commentary and extra feature that adorned their DVDs, in transferring these films to Blu-ray, is mindboggling and infuriating.

It's impossible to imagine what their thinking is.

This movie and its sequel are two instances where I've retained my feature-rich DVD and stored it alongside the Blu-ray in a two-disc BD case. It's now a very nice package deserving of a 5/5 rating for Special Features -- thanks to me.
Last edited: Mar 10, 2017
Reactions: Peter Keller, B-ROLL, Rodney and 1 other person

Charles Smith said:
Disney's practice of shitcanning every commentary and extra feature that adorned their DVDs, in transferring these films to Blu-ray, is mindboggling and infuriating.

It's impossible to imagine what their thinking is.
Click to expand...

I agree completely. I can understand why they're no longer in the business of producing new bonus content, but it makes no sense not to preserve and re-release the material that already exists.
Reactions: Peter Keller, TravisR, Tony Bensley and 1 other person

I maybe focusing on 4K content and upgrading my home theater but this movie sounds like the 1080p version is going to be good enough and I am not sure it would make a good candidate for 4K. I guess if there is a 4K transfer and maybe done with Dolby Vision that might make the colors pop more in a 4K transfer then it might be worth it. But with all the other movies to get since I do not have a huge collection this movie might be a good choice on 1080p blu-ray.
Expand signature
HT System: Marantz SR-8012 11.2 (7.2.4) Receiver, Emotiva XPA-3 3 Channel Amplifier, Sony XBR55A9F 55"OLED 4K HDR/Dolby Vision/IMAX Enhanced TV, Panasonic DP-UB9000 4K UHD Blu-ray Player, 4K Apple TV 64GB, Speakers: Altec Lancing A-7's (L&R), Klipsch RC-64 lll center channel, Klipsch RP-600M surround speakers, Advent Marbles (height speakers), HSU VTF-3 MK5HP subwoofer. AudioQuest cables, Pangea Audio speaker stands, Harmony Elite Remote.

FWIW, Disney does not support UHD at this time, so I do not believe it is likely that there will be a UHD version in the foreseeable future. Also, considering that Disney has determined that there is not a big enough audience to justify releasing these titles to retail outlets and instead sells them only through their club, I think it's highly unlikely that it will ever be released in UHD on a physical format. 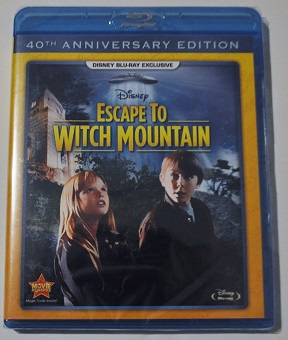