Forum List What's new Dark Style Change width
Log in Register
What's new Search
Menu
Log in
Register
Navigation
Install the app
More options
Dark Style
Close Menu
Posted on March 10, 2020 by Matt Hough
You are using an out of date browser. It may not display this or other websites correctly.
You should upgrade or use an alternative browser.
above average, unusual Agatha Christie adaptation 3.5 Stars

While it can’t hold a candle to the great Agatha Christie movie adaptations like Murder on the Orient Express, And Then There Were None, and Evil Under the Sun, Sidney Gilliat”s Endless Night is an admirable adaptation of one of Agatha Christie’s most unusual attempts at psychological mystery.

During her long and prodigious career, Agatha Christie wrote a handful of mystery and thriller novels that didn’t feature any of her legendary detectives: Hercule Poirot, Miss Jane Marple, and Tommy and Tuppence Beresford. In fact, when asked about her favorite books, Christie almost always chose titles like Ordeal by Innocence or Crooked House that didn’t feature one of her renowned sleuths. One of her latter day novels without one of her familiar leads was 1967’s Endless Night. This thriller, written in the last decade of her life, was adapted into a feature film in 1972, but while the movie hewed pretty closely to the book’s narrative and was true to the book’s conclusion insofar as the murderer was concerned, the film didn’t seem to go over well in Christie’s native England when first released. Worse, it didn’t even get an American release at all at the time. Now, however, due to home video, we’ve been able to catch up with this elusive Christie adaptation, and while it may not rank with Sidney Lumet’s Murder on the Orient Express or Rene Clair’s And Then There Were None, it’s a movie that can hook an audience with its quirky mix of romance and danger and definitely keep one engrossed until its surprise revelations are presented.

An ambitious working class lad Michael Rogers (Hywel Bennett) fantasizes about one day owning a fabulous tract of country acreage known as Gipsy’s Acre. One day while on one of his usual jaunts on the property, he meets, is charmed by, and eventually marries the wealthy young heiress Ellie Thomsen (Hayley Mills) who has just come of age and is no longer under the thumb of her craven stepmother Cora (Lois Maxwell) and her shiftless, always money-grubbing husband Reuben (Peter Bowles). They hire famous architect Santonix (Per Oscarsson) to build their dream home amidst a series of suspicious incidents which happen to Ellie, events which threaten to mar their perfect happiness at being young and in love.

In adapting Agatha Christie’s book for the screen, director Sidney Gilliat has retained the character of Michael Rogers as the story’s narrator (though he does seem to forget about even having a narrator for long stretches of the movie). Mystery fans unfamiliar with Christie’s story may become unduly frustrated with the tale since the murder doesn’t happen until two-thirds of the way through the film, but Christie (and subsequently Gilliat) plants plenty of wary suspects in the narrative who may have been the ones to commit the crime: in addition to the grasping stepmother and stepfather, there are also mistrustfully clinging personal assistant Greta (Britt Ekland) who tends to wear out her welcome, the weird, witch-like Miss Townsend (Patience Collier) who makes a series of veiled threats against the couple, an American lawyer Andrew Lippincott (George Sanders) who seems overly interested in Ellie’s monetary holdings, and neighborhood medico Dr. Philpott (Aubrey Richards) who often seems too good to be true. Despite the beautiful young people and lots of romance in the air (and the most unbelievable modern home fit for all-season occupancy constructed for the lovebirds), director Gilliat manages to keep things off balance with jarring inserts of lurking danger abetted by composer Bernard Herrmann’s nerve-jangling score (from its opening notes under the main title, you know it’s Herrmann). When the time comes for the climactic revelations, you won’t feel letdown by the surprises (Christie’s major twist was one she had employed forty years earlier; one assumes she thought that was long enough past for her to trot it out again), and the movie ends with some horrific images worthy of something from The Cabinet of Dr. Caligari or Dead of Night.

Though Hayley Mills receives top billing, it’s really Hywel Bennett in the leading role since he’s the protagonist of the piece and its narrator. He does well as the British lad tramped down by his social circumstances but who gets a chance at a leg up with this fortuitous marriage. Hayley Mills has an American accent that slips from time to time, but she’s otherwise appealing as the young woman madly in love (her singing voice in the film is dubbed by, of all people, Shirley Jones, not an especially efficacious choice). Britt Ekland has plenty of buoyant spirit as Ellie’s female companion, and Per Oscarsson is touching and gallant as the dying architect (and was there a touch of homoeroticism in his performance?). Lois Maxwell and Peter Bowles make quite believable greedy relatives, and George Sanders, while dreadfully underused, scores nicely in his few scenes in the movie. Madge Ryan is also excellent as Michael’s working class mother always concerned for his safety and well-being.

The film’s original theatrical aspect ratio of 1.85:1 is faithfully replicated in this 1080p transfer using the AVC codec. The image quality seesaws giddily in merit: when it’s good, it’s magnificent, but it’s also occasionally plagued by scratches along both sides of the frame from time to time and one irritatingly long scratch that comes more toward the middle of the image at one point. Color is very good and sharpness is generally excellent though there are occasional softer shots, possibly by design though it’s hard to tell. There is no scene listing in the main menu, but the movie has been divided into 8 chapters.

The DTS-HD Master Audio 2.0 mono sound mix is typical of its era of single channel audio reproduction. There isn’t quite as much bass in the mix as would give body to the dialogue (which often sounds quite trebly) and Bernard Herrmann’s dynamic background score and sound effects, but at least the track is not troubled by age-related artifacts like hiss, crackle, pops, and flutter.

Audio Commentary: film historians Howard S. Berger and Nathaniel Thompson offer an enthusiastic if haphazard commentary track. They begin by discussing Bernard Herrmann’s score before jumping into facts about the Frank Launder-Sidney Gilliat team, Agatha Christie’s fabled career, and facts about several of the key actors in the piece. Be advised that they do spoil the ending to one of Agatha Christie’s most famous books and that the commentary bounces around all over the place punctuated by endless repetitions of “you know” as they speak.

Kino Trailers: Ordeal by Innocence, Return from the Ashes, And Soon the Darkness, The Bedroom Window, Slayground.

While it can’t hold a candle to the great Agatha Christie movie adaptations like Murder on the Orient Express, And Then There Were None, and Evil Under the Sun, Sidney Gilliat”s Endless Night is an admirable adaptation of one of Agatha Christie’s most unusual attempts at psychological mystery. The Kino Blu-ray offers above average picture and sound for fans of the genre.

I love adding Blu-rays to my Hayley Mills collection! I have ALL of her movies except her short "Stricken" which has never been released!

Thanks for the review. I haven't seen a good film/tv version of Endless Night and perhaps there won't ever be one.

Hayley Mills and Britt Ekland look beautiful. Other than that, a pretty dull movie. The supplemental material on the Indicator version is much better.
R

For those who are interested, Quartet Records has finally released their re-recording of Bernard Herrmann’s score for this film (the first release it’s ever had). 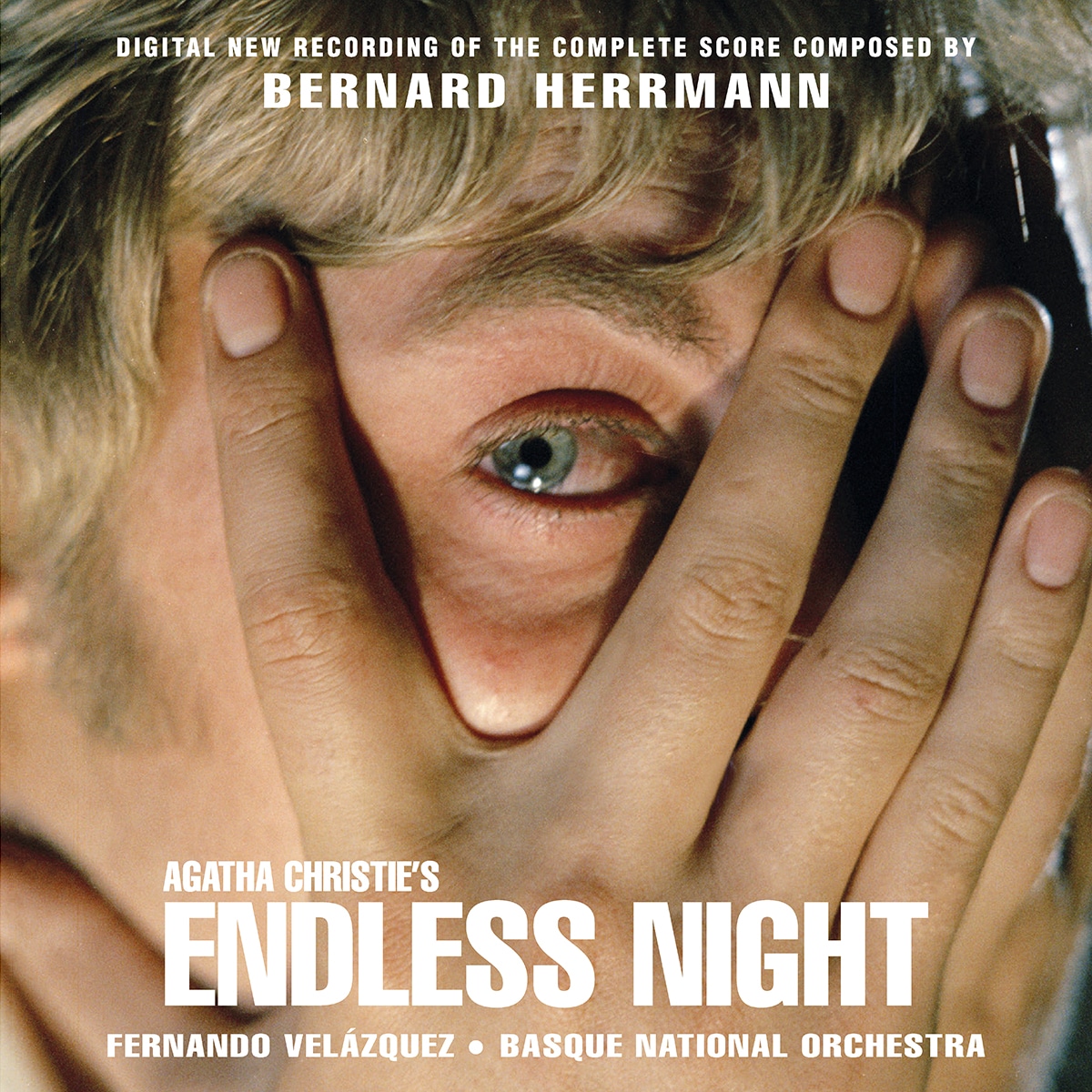 Endless Night in Quartet Records
quartetrecords.com
You must log in or register to reply here. 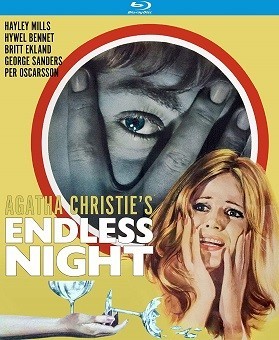