An up-and-down third season for the show. 3.5 Stars

Season Three of Endeavour offers two cracking good mysteries and two fair ones to balance out an average season for the show.

The early years as a detective constable in the city of Oxford for Inspector Endeavour Morse are captured in ITV’s hit mystery series Endeavour. This satisfying prequel to the very popular series Inspector Morse, the series is well cast and well written with only an occasional dud among the pearls from writer Russell Lewis. These four TV-movie length episodes of season three bring back all of the series favorites though there are, of course, changes afoot that will inevitably alter the landscape of the Oxford City C.I.D.

In season three, it’s now 1967, and we find both of the show’s leading characters in rather dire emotional straits as the season begins. Morse (Shaun Evans) has been serving three months on a trumped-up charge for murder when the case is eventually dismissed wherein the bitter and introspective detective moves lakeside for a time to ponder his future. Detective Inspector Fred Thursday (Roger Allam) is slowly recovering from a gunshot which has left a bullet lodged in his lung and too close to the heart to operate on. The first of the season’s four cases seems to involve an abduction of a local girl from a carnival (later found brutally run over), but it soon becomes clear that the posh society swells of the area where her body is discovered are hiding something that Morse, as their lakeside neighbor, happens to stumble upon. Dragged back into investigating, Morse finds it’s not long before another murder, this time of a wealthy playboy who sponsors lavish parties where drugs and drinks are plentiful, finds the loner detective directly in the middle of the case, his having spoken to the victim minutes before his shooting with Morse being the one to drag the body from the lake. This first case “Ride” is the best of the season with the most surprising denouement though one which could easily be solved by a sharp-eyed viewer who manages to piece all of the disparate clues together.

The second case “Arcadia” is also a corker with the death of a painter bringing in the police at the same time as a local supermarket chain is being subjected to a reign of terror with foodstuffs being sabotaged and the owner’s daughter being abducted. Morse and Thursday have a tricky time maneuvering through a minefield of clues not all of which are pertinent to the case. This episode also seems to mark the end of one of Morse’s nemeses at the department, Detective Sergeant Peter Jakes (Jack Laskey) (though, to be honest, over the course of the three seasons, Morse has become much more accepted as exceptional at his job by his peers at the department than he was at the beginning where his eccentricity and abrasive manner made enemies of Jakes and the sometimes obnoxious Chief Superintendent Bright – Anton Lesser).

Sadly, the season’s final two cases aren’t up the show’s normally high standards. “Prey” involves a kidnapping which occurs four years to the day to a previous one which had remained unsolved. A murder involving a vicious slashing seems to suggest a wild animal on the loose, but is this simply a ploy of the killer to mask his identity? Despite a fine production, this episode is the season’s nadir jumping past logic and all reason to get to its rather preposterous conclusion. “Coda” is somewhat better but still somewhat unsatisfactory, more a crime drama than a mystery in which the police try to prevent an unknown criminal act by a pair of gangland brothers which degenerates into a rudimentary bank robbery with hostages (naturally masking what’s really going on). And poor Constable Morse once again finds himself missing out on love, constantly having women he doesn’t want throwing themselves at him and women that he does want not really interested.

Shaun Evans makes a wonderfully engaging Morse, addicted to all types of classical music and endless pints of ale, and always managing to see several steps beyond where his colleagues are able to go mentally. Roger Allam coughs and sputters through a great part of the season with his character’s increasingly serious ailment, but we (and Morse) do see another side of the tough detective this season as he deals with some of society’s worst inhabitants, a violent side that make Morse question his mentor on more than one occasion. Anton Lesser’s Chief Superintendent Bright is as befuddled and behind-the-times as ever, and Sean Rigby’s Police Constable Jim Strange gets a promotion this season that puts him ahead of Morse making for some sometimes tense encounters for the close mates. Morse himself takes and passes the Sergeant’s exam in the fourth episode, so season four of the series may find things shaken up a bit in light of that.

The shows are presented in their widescreen television aspect ratio of 1.78:1 and are offered in 1080p resolution using the AVC codec. Sharpness and contrast are the variable qualities in these transfers with much of the image often strikingly detailed, but there are occasional moments where contrast turns milky for no good reason lessening sharpness and affecting colors negatively. Skin tones are quite natural, and most of the saturation levels are spot-on. Black levels are good, too, if not exemplary. Each episode has been divided into 8 chapters.

The DTS-HD Master Audio 2.0 stereo sound design places the dialogue firmly in the center channel with good spread of the Barrington Pheloung music and classical excerpts in the other available channels. Atmospheric effects often seem centralized, however, rather than having their own spread through the available soundfield.

The Making of Season 3 (9:28, HD): the cast of the series along with the production’s costume designer, make-up supervisor, and location manager talk about the challenges that season three brought to the production.

Shaun Evans Interview (4:30, HD): the actor discusses his character’s frame of mind at the start of the season and his slowly evolving relationship with his father figure Inspector Thursday.

Roger Allam Interview (4:26, HD): the actor talks about the darker places that his character goes to this season, making for a nice change of pace for his character and something exciting for him to play.

Season Three of Endeavour offers two cracking good mysteries and two fair ones to balance out an average season for the show. The Blu-ray release looks and sounds good, stronger than its network broadcast for certain and one that the show’s fans will relish to add to their collections.

Got both this and the final Inspector Lewis series on the way - may even arrive today I hope. Love both series and sad to see Lewis end (as with the brilliant Wallander a couple of months back !). Looking forward to the next Endeavour season. 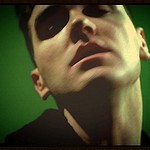 i hope to have mine by next week.
i am in the UK, where "Endeavour" is funded, written, shot, edited and broadcast first {in High Definition}, by itv. Who then choose not to release it on anything other than DVD, as 'brits won't buy blu'. Maybe they would if itv gave them the choice!
So Thank You PBS; for the previous 3 blu ray releases, and for this one. Things of beauty.
And Thank You Mr Hough for spreading the word about this excellent series, and for another finely written review.
Reactions: Matt Hough

Dortmunder said:
i hope to have mine by next week.
i am in the UK, where "Endeavour" is funded, written, shot, edited and broadcast first {in High Definition}, by itv. Who then choose not to release it on anything other than DVD, as 'brits won't buy blu'. Maybe they would if itv gave them the choice!
So Thank You PBS; for the previous 3 blu ray releases, and for this one. Things of beauty.
And Thank You Mr Hough for spreading the word about this excellent series, and for another finely written review.
Click to expand...

Totally agree ! Fortunately being Region free allows me more options in this and similar situations. e.g. Don't want to keep harping on about Wallander but the first two seasons were available on blu here in the USA and then the remaining ones only on DVD - arrrgggghhh! It's a beautifully shot series so I replaced my existing Region 1 with the blus from Region 2 i.e. Amazon.co.uk. Thankfully PBS appear to be maintaining blu availability of Endeavour so far and hope they continue to do so. 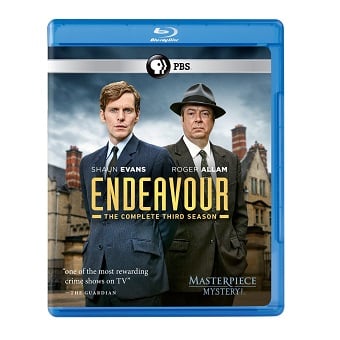