Forum List What's new Dark Style Change width
Log in Register
What's new Search
Menu
Log in
Register
Navigation
Install the app
More options
Dark Style
Close Menu
Posted on March 12, 2018 by Josh Steinberg
You are using an out of date browser. It may not display this or other websites correctly.
You should upgrade or use an alternative browser.
Classic gothic romance with a touch of horror 4 Stars

Dragonwyck is the final on-screen pairing of legends Gene Tierney and Vincent Price, as well as the directorial debut of prestigious writer-director Joseph L. Mankiewicz. An adaptation of a popular novel by Anya Seton, the legendary filmmaker Ernst Lubitsch was set to produce until a series of clashes with director Mankiewicz led to Lubitsch abandoning the project. The film is a bit of a departure from the work Mankiewicz would become best known for (All About Eve, Cleopatra), but predicts the type of role that Price would return to repeatedly in the latter part of his career.

Gene Tierney is instantly likable as Miranda, a poor farmer’s daughter who receives a lifeline out of her pious household when a distant cousin sends a letter requesting her presence at his estate, Dragonwyck Manor. Miranda’s father Ephraim (Walter Huston, strict in the role but not without warmth) is concerned about Miranda leaving, but the allure of Hudson Valley luxury is too enticing for her to resist. The cousin, Nicholas Van Ryn (Price), has an ill wife (played by Vivienne Osborne) and a young daughter (played by Connie Marshall) in need of a governess. Price is obviously attracted to Tierney, but keeps the relationship on more friendly terms.

While at Dragonwyck, Tierney comes to know Price’s daughter, as well as the local medicine man, Dr. Jeff Turner (Glenn Langdan), who develops feelings for Tierney that she doesn’t entirely return. Meanwhile, as a wealthy landowner who leases his lands to sharecroppers, Price must deal with an unruly group of farmers led by Klaas Bleeker (played by Henry Morgan) who are losing their patience after generations of indentured servitude has left them with nothing of their own. If Price is loathed by the locals, he’s not held in high regard by the servants of Dragonwyck either, who believe the mansion to be cursed.

Price’s marriage is falling apart due to his wife’s illness and his own unfulfilled desire to have a son. When his wife dies unexpectedly, Price immediately confesses his interest in Tierney, initially driving her away, but ultimately winning her over. But their happiness is short lived, as Tierney begins to see Price’s true colors, and suspects that all might not be as it seems on the estate.

Dragonwyck is presented in its original aspect ratio of 1.37:1 in a 1080p transfer that utilizes the AVC codec. The master provided by Twentieth Century Fox is a quality affair, marred only slightly by the use of a less than perfect element. Though daytime shots and well lit interiors tend to look very good, some of the darker shots lack shadow detail, and on the whole, blacks aren’t always crisp. Still, the presentation is almost entirely free of dirt, debris, scratches and other age-related artifacts, and is generally quite pleasing.  The film has been divided into 25 chapters.

The mono audio is presented in a DTS-HD MA 2.0 track that sounds quite good. (The packaging incorrectly notes it as 1.0.) Dialogue is well recorded and clear, and music and effects are well mixed. Alfred Newman’s score perfectly compliments the visuals. There are no issues with hiss or any other age-related problems.  Optional English SDH subtitles are also available.

Isolated Score Track – Presented in DTS-HD MA 2.0 stereo. The track also includes a little bit of the raw audio of the orchestra preparing to record each cue and/or commenting at the conclusion of each cue, making it a unique look into the scoring process.

A House Of Secrets: Exploring Dragonwyck (16:33, SD) – This short documentary provides an overview of the production of the film, including information on Ernst Lubitsch’s departure from the project, and helps place the film in the context of the studio’s output from that period.

Audio Commentary with film historian Steve Haberman and filmmaker Constantine Nasr – This track is ported over from the original DVD release, and features a lively and well-researched conversation that expands upon the information provided in the featurette. Haberman and Nasr have good chemistry and are eager to discuss the film, providing scene-specific observations as well as more general notes which examine the overall production and how the film fits into the careers of Mankiewicz, Tierney and Price. They note some similarities between this film and Jane Eyre which I had thought about while watching the film. The commentators also have a bit of fun in a good natured debate over whether the film is more appropriately labeled “gothic romance” or “horror” before concluding that it is “gothic horror.”

Gene Tierney: A Shattered Portrait (44:23, SD) – This episode of A&E Biography presents an overview of Tierney’s life and career.

Vincent Price: The Versatile Villain (44:16, SD) – This episode of A&E Biography provides a look at Price’s career onscreen, as well as his pursuit of fine art offscreen.

Original Theatrical Trailer (02:16, SD) – The trailer is in poorer condition than the film, and pitches that this adaptation of Anya Seton’s novel will be enjoyable to fans of the film Rebecca. It emphasizes the romance of the story, while downplaying the mystery/horror aspects.

Dragonwyck Vintage Radio Shows – Two different audio productions of Dragonwyck are presented here. The first and best, performed by Price and Tierney, was originally broadcast on October 7th, 1946 and is an hour-long presentation that includes the original sponsor ads. The second, performed by Price with Teresa Wright subbing in for Tierney, is a half-hour presentation originally performed on January 20th, 1947. The shorter running time results in too much of the story being condensed, and Wright is not as compelling in the role as Tierney was.

Six-Page Booklet – The booklet features liner notes by Julie Kirgo detailing the production of the film and comparing it to other gothic romances of its time, along with production stills and original poster art.

Dragonwyck is a gothic romance film that strays into horror territory. With compelling leading performances from Gene Tierney and Vincent Price, excellent supporting work from Walter Huston, Glenn Langan, Anne Revere, Henry Morgan, and even a blink-and-you’ll-miss-it appearance from Jessica Tandy, fans of old Hollywood should be delighted with both the film itself and its presentation here on disc. A generous array of bonus features shed light on the film’s production and its stars. There are only 3,000 copies of this Blu-ray available. Those interested in purchasing it should go to either www.twilighttimemovies.com or www.screenarchives.com to see if product is still in stock. Information about the movie can also be found via Facebook at www.facebook.com/twilighttimemovies.

I have not seen this one but your review has piqued my interest. I cannot wait for my disc to arrive!

For what it's worth, Vincent Price considered DRAGONWYCK his finest performance.

I blinked and I still saw Tandy in several key scenes.

Timothy E said:
I have not seen this one but your review has piqued my interest.
Click to expand...

Thanks Timothy! That's really the greatest complement of all!


lark144 said:
For what it's worth, Vincent Price considered DRAGONWYCK his finest performance.
Click to expand...

I can understand why. (I'm not sure I can agree just because there are so many great ones to choose from, and admittedly, I haven't seen enough of them.) But it's a great performance filled with dramatic range, and he really sells it. I watched the movie about two weeks ago to begin working on the review, and I've been thinking about it since then - for a performance to stay in my memory like that is obviously a sign that there's something really good about it.

If you've got time, definitely check out the two radio play versions included on the disc - Price reprises his role both times and it's interesting to be able to compare him in the actual movie against his own recreations of the performance.

Timothy E said:
I have not seen this one but your review has piqued my interest. I cannot wait for my disc to arrive!
Click to expand...

Me, too. Thanks for the review. I love Gene Tierney

Just watched it for the first time today, and while the black levels on this release are not the greatest, it's an enjoyable gothic thriller. Gene Tierney is as wonderful as always, and Price is at his genial, menacing best. Thanks for the great review, Josh.

I'm re-watching my Twilight Time blu-ray of Dragonwyck and enjoying it. Picture quality varies on this one from very good to just ok, depending on the scene. Some outdoor daylight scenes seem a bit "overexposed" or something, but most indoor scenes have pleasing levels of detail.

Here's a paragraph from the insightful review....

"Dragonwyck is the final on-screen pairing of legends Gene Tierney and Vincent Price, as well as the directorial debut of prestigious writer-director Joseph L. Mankiewicz. An adaptation of a popular novel by Anya Seton, the legendary filmmaker Ernst Lubitsch was set to produce until a series of clashes with director Mankiewicz led to Lubitsch abandoning the project. The film is a bit of a departure from the work Mankiewicz would become best known for (All About Eve, Cleopatra), but predicts the type of role that Price would return to repeatedly in the latter part of his career."

Probably I'm missing something, but to me this movie seems connected to most of the other films directed JLM, such as All About Eve, The Barefoot Contessa, and Cleopatra. Like those movies, this movie is about a complicated woman, more good than bad, but flawed. There are ambiguous (to say the least) endings for all of the characters in these movies.

"Johanna Van Ryn : What can you possibly do up there?

Nicholas Van Ryn : Possibly? Anything from pinning butterflies to hiding an insane twin brother. Actually, I read. I hope that my explanation satisfies you?"

As we all know, Vincent Price has a wonderful way of performing lines like this.

benbess said:
"Johanna Van Ryn : What can you possibly do up there?

Nicholas Van Ryn : Possibly? Anything from pinning butterflies to hiding an insane twin brother. Actually, I read. I hope that my explanation satisfies you?"

As we all know, Vincent Price has a wonderful way of performing lines like this.
Click to expand... 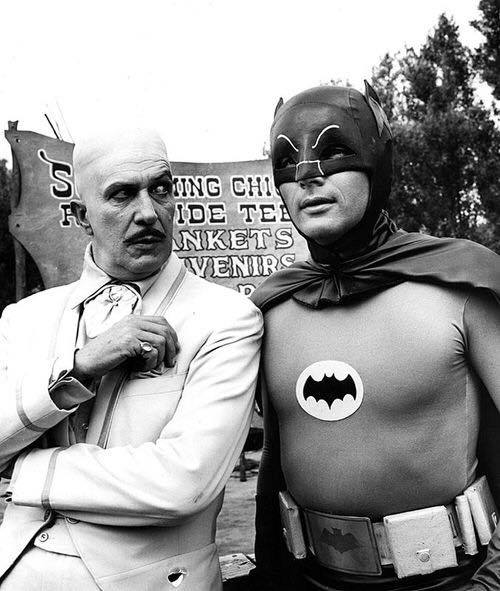 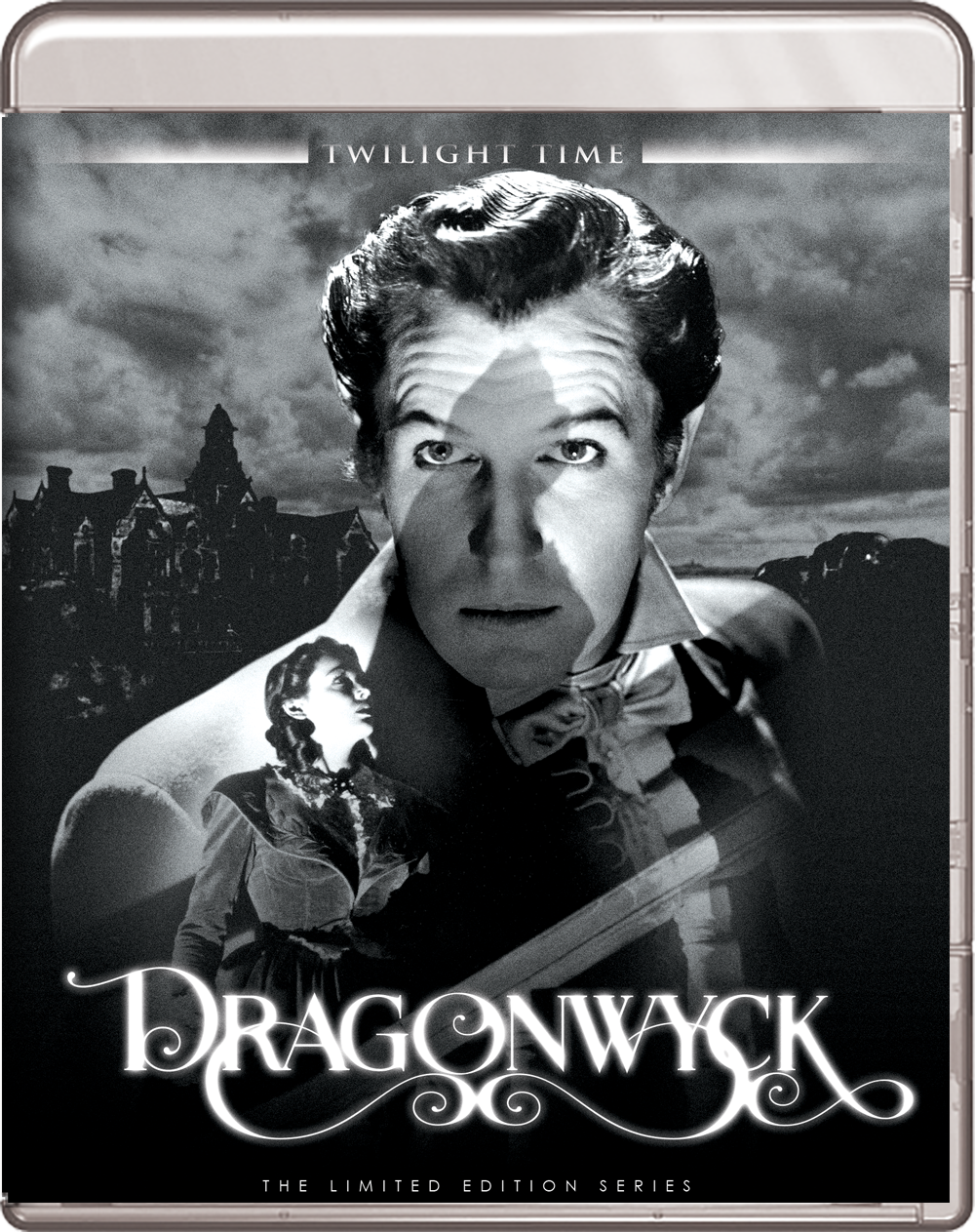