My name’s John Callahan, and I don’t know who my real mother is, and I was paralyzed in a car accident. And I’m an alcoholic. 3 Stars

John Callahan (Joaquin Phoenix) is a lifelong screwup. He was given up for adoption at birth and never recovered from it, turning to alcohol early, at the encouragement of his adoptive father. At 21 he is involved in a car accident that leaves him a quadriplegic, with minimal hand dexterity. The accident doesn’t stop his alcoholism, and it’s not until he has a moment of clarity that he seeks help. Help arrives in the form of a veteran sponsor, Donny (an almost unrecognizable Jonah Hill) and a stunning girlfriend Annu (Rooney Mara). Told as a series of flashbacks, Callahan discovers his voice during sobriety: his gift is offending everything and everyone through simple, one-panel comics. 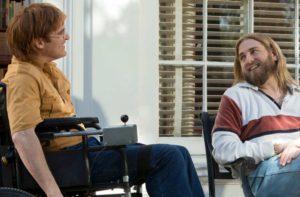 Writer / Director Gus Van Sant faithfully adapted Callahan’s own autobiography, keeping the look and feel both dreamy and somewhat unreliable.  We are meant to dislike the Callahan character and question if his redemption is worthy.  The film pushes hard that anyone can be redeemed if they ‘work the steps’ to sobriety.

While I agree with that in principle I never felt connected to Callahan as portrayed.  His journey is stark and honest, but still somehow felt a little hollow to me.  This is despite three powerful performances.  Phoenix adapts Callahan’s manerisms and portrays a quadriplegic with amazing sincerity.  Jonah Hill continues to impress, with his new thinner frame he is almost a different person, and his turn as Donny made me really believe.  Rooney Mara as Annu is almost too perfect to believe.  It’s a bit hard to accept that she’d fall for the mess that Callahan portrays, and his charms while incapacitated don’t seem like they would be that effective.   Jack Black also gets a special nod as Dexter, Callahan’s enabler and the driver during the accident.

Callahan’s own actions while working the AA program are ticked off too neatly without room to breathe.  At over 2 hours the film works as a character study with some examples of Callahan’s deadpan humor, but somehow failed to get me to root for him emotionally.

As noted Van Sant filmed this with a bit of a dreamy edge to it, with a lot of scenes showing plentiful grain, tho surprisingly the accident itself seemed pretty sharp and not as grain filled as you might expect.  It’s an indy bio-pic, so most won’t go in expecting AAA picture quality anyway, but it’s necessary to note that it’s going to look the part. 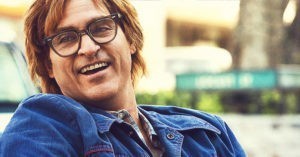 Presented in 5.1 DTS-HD Master Audio, the film doesn’t have any standout surround details at all.  Callahan is indecipherable in many of his conversations, and some of the other voices are likewise muddy due to the booze.

Besides the trailer there are only two additional features.  One is a quick look at the filming of the accident and the other is a brief look at the assembly of the period hospital.  Both are welcome but too short.

While I loved the characters in Don’t Worry, I felt the redemption arc was a bit too trite and the flashback structure was not as effective as I could have been.   You’ve got to give credit to the lead actors however, the powerful performances elevate DWHWGFOF. 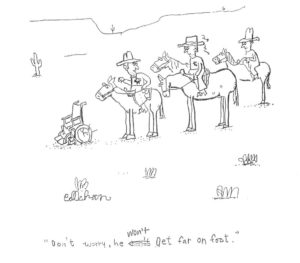 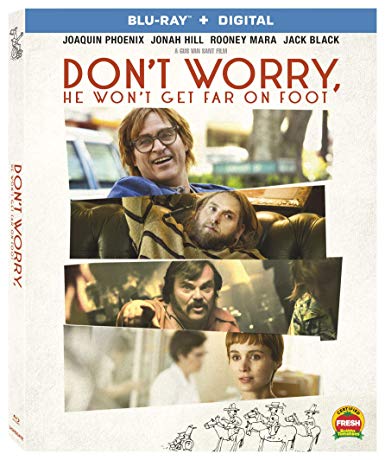