Forum List What's new Dark Style Change width
Log in Register
What's new Search
Menu
Log in
Register
Navigation
Install the app
More options
Dark Style
Close Menu
Posted on November 19, 2018 by Martin Dew
You are using an out of date browser. It may not display this or other websites correctly.
You should upgrade or use an alternative browser.

Dolby Laboratories has introduced what it calls “a new way to experience shows, movies, and music” with its new Dolby Dimension wireless headphones, available for $599. This is the first time the company has produced a branded (rather than licensed) product for residential use, and with Dolby Dimension, consumers can  “fully immersed with cinematic sound” while also controlling how much they want to filter in of their immediate external surroundings.

Two settings are incorporated into ‘Dolby LifeMix’, a proprietary technology for the headphones which allows a listener to control how much they hear of the surroundings, from a blend of entertainment and life around the listener – known as ‘Transparency’ – to shutting out any external noise, known as ‘Active Noise Cancellation’. 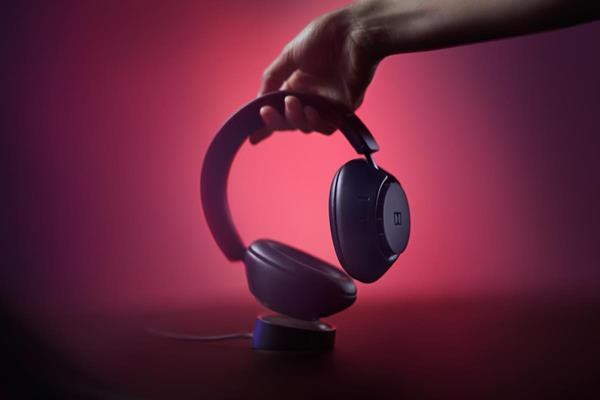 “Dolby’s true north is uniting the art and science of entertainment, elevating the creators’ ability to tell their stories and enabling consumers to be immersed in spectacular experiences,” said Kevin Yeaman, President and CEO, Dolby Laboratories. “Today we continue that journey with the introduction of Dolby Dimension.”

Dolby Dimension eliminates the need for consumers to have to turn the volume up and down so as not to disturb others, or ‘read watching’ with subtitles because the volume is so low that listeners can’t hear dialogue. The company says that there is now no need to watch “with one ear cup off” or go to a separate room because they want to watch something different from other household users.

As well as Dolby LifeMix, there are other features included with these headphones, namely ‘Cinematic Sound’, which allows for an immersive audio experience (something Dolby has, let’s face it, proved to be rather good at), and ‘One-Touch Switching’, which allows a consumer to tap one of three buttons on the right side to change source devices such as a Bluetooth TV, computer, tablet or phone. 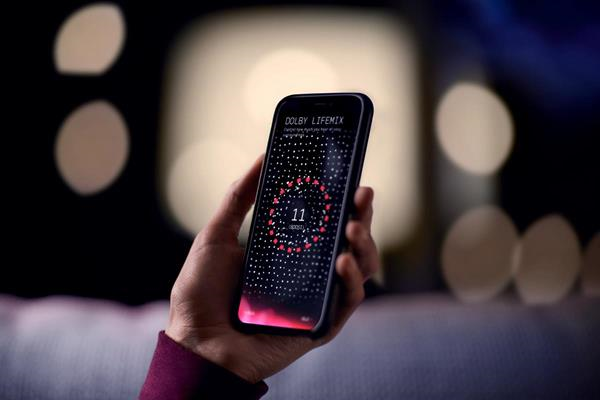 Dolby also says that the cans are made with top-notch materials, include a premium fit and finish, and that the controls come together to ensure long-lasting comfort for TV binge sessions, and allowing people to relax or escape for long periods of time. The units include custom-designed 40mm acoustic drivers, a microphone array, and proprietary signal processing.

A Dolby Dimension app, which is available for free on iOS and Android platforms, allows a user to adjust features such as Dolby LifeMix, Virtualization, and Head Tracking (the perception of an internal 360-degree soundfield), and manage paired devices. The product also includes its own recharging ‘Power Base’. Furthermore, the touch controls let you toggle LifeMix settings, hit play or pause, adjust volume, go forward or back, activate Siri or Google Assistant, and take calls.

Dolby Dimension is available now in the US at dolby.com, and you’ll be able to give it a whirl at some b8ta stores starting December 1st.

I have great respect for Dolby compared to other brands I won't mention [Bose] but these are currently probably priced too high for serious market penetration. My Sony WH-H900's are no slouch and are a fraction of the price. Would love to learn these are so amazing as to warrant this. Anxious for that review @Sam Posten!
Last edited: Nov 20, 2018

John Dirk said:
I have great respect for Dolby compared to other brands I won't mention [Bose] but these are currently probably priced too high for serious market penetration. My Sony WH-H900's are no slouch and are a fraction of the price. Would love to learn these are so amazing as to warrant this. Anxious for that review @Sam Posten!
Click to expand...

When it comes to Active Noise Cancelling headphones, Bose deserves to be mentioned. They’ve been the market leaders and making the top quality products for years in this niche.

There are also good competitors — it seems Sony has taken the lead for over-the-ear ANC headphones recently.

If Dolby is going to compete for ANC headphones, it will be interesting to see how they compare in features, performance and price against Bose and Sony and a few other lesser known brands.
Last edited: Nov 23, 2018

DaveF said:
When it comes to Active Noise Cancelling headphones, Bose deserves to be mentioned. They’ve been the market leaders and making the top quality products for years in this niche.
Click to expand...

True. I was thinking in a more general sense when I wrote the relevant post. Thanks for the course correction.
You must log in or register to reply here.