A series with diminishing returns 3 Stars

In what appears to be becoming a customary practice by Hollywood, the third and final novel in the Divergent series, Allegiant, has been split into two movies (the final film, now tentatively titled Ascendant, will arrive in theatres Spring 2017), and that may be stretching an already thin premise too thin. The third film, Allegiant, often asks the audience to suspend their disbelief too far, bringing in a few plot twists out of left field.

With the overthrow of Jeanine at the end of Insurgent, the city of Chicago is on the brink of civil war, with faction fighting against faction as Evelyn (Naomi Watts) conducts a war tribunal with the help of Candor, effectively exterminating anyone who sympathized or supported Jeanine. Meanwhile, Tris (Shailene Woodley) is desperate to leave the city and respond to the message she decoded from the box that invited her and all Divergents outside the city walls to meet with their founders, with help from Four (Theo James), Christina (Zoe Kravitz), Caleb (Ansel Elgort), and Peter (Miles Teller). She and her friends manage to escape the city, only to be pursued by Evelyn’s troops until they encounter a squad of soldiers, who take them to the Bureau of Genetic Warfare (built on the ruins of O’Hare Airport) for decontamination. Tris is then invited to meet with the Bureau’s director, David (Jeff Daniels), a likable guy who calls Tris a miracle, in that she is a one of a kind rarity, someone who’s genetic code is “pure.” David knows what has been gong on in Chicago thanks to “advanced surveillance technology” that allows the inhabitants of the Bureau to watch Chicago as if they were watching The Truman Show. Tris, Four, Caleb, and Christina soon discover that David has been taking young people living in the fringe areas, wiping their memories, and training them to be soldiers or sneaking them into Chicago. When David takes Tris to Providence to meet with The Council, she also discovers that Chicago has been one big experiment and game for David, who is actually requesting additional funding from The Council for his experiment. Our Divergent friends escape, but not before our favorite traitor, Peter, sells his soul to David, promising to help Evelyn release a gas that will wipe everyone’s memory in Chicago so David can start over with a clean slate.

That’s a lot to swallow, and fans of the novels felt much the same way. The plot of David and his experiment is not even hinted at in the first two films, coming quite literally out of left field, spiraling even more out of control as the third act builds to its quasi-cliffhanger ending, setting us up for the finale due out next year. If there is any consistency across the three films so far, it’s in the performances of its leads. Jeff Daniels is adequate and likable as David but, with the exception of The Martian, he’s guilty of not choosing his projects more carefully. The same can be said of Naomi Watts as Evelyn, and Octavia Spencer as Amity leader Johanna. All three are Oscar nominees or winners, but lately their choices of material have been questionable. The visual effects range from acceptable to very good, and I liked the design of the bullfrog combat vehicles. Unfortunately, that is all window dressing for a flimsy and derivative plot.

Sourced from a 4K digital intermediate and then processed with high dynamic range, Allegiant is quite stunning on this 4K UHD release from Lionsgate. There is a very noticeable improvement in fine detail throughout over the (included) 1080p Blu-ray, with more natural colors and better contrast. This is very evident at the beginning of the film, as Evelyn conducts her war tribunal in the dark halls of the Factionless, and again when Four, Caleb, Christina, and Peter are exploring the deep, dark hallways of the Bureau. The deeper blacks with increased fine detail add a perceived depth to the surroundings. The transfer also exhibits no noticeable banding or compression artifacts. I wouldn’t exactly call this reference, but it’s pretty close to it.

Both the Blu-ray and 4K UHD discs have the same Dolby Atmos track, which will default to Dolby TrueHD 7.1 on systems that are not Atmos capable. This is a reference-quality track, even when folded down to 5.1 by my Marantz SR5008 receiver. Dialogue is always clear and concise, often directed to the center channel. Discrete effects are well-placed throughout the room, providing an immersive listening experience.

As with most of Lionsgate’s 4K UHD releases, there are no bonus features on the 4K disc. Instead, the Blu-ray release has been included here, which contains a decent set of features.

Audio Commentary with Producers Doug Wick and Lucy Fisher: The two producers offer a lot of information about the film, such as wrestling with the idea of bringing Kate Winslet back as Jeanine, splitting the book into two parts, etc.

Finding the Future: Effects and Technology (1080p; 10:32): A look at the visual effects created for the film.

The Next Chapter: Cast and Characters (1080p; 7:36): Featurette focusing on the cast and how they work together.

The Divergent Series: Allegiant is a great looking and sounding 4K UHD disc, but the movie itself is rather lacking, and the bonus features included on the Blu-ray edition are often too short. Fans may want to pay the $7-$10 premium for the 4K for the best visual experience, however the main fanbase for the film (young adult girls) will probably stick with the Blu-ray or DVD.

I just bought this series on Blu. The story of course is not finished. I took the final book out of the library. Does anyone know if there is a chapter where I should start reading to finish it off?

TJPC said:
I just bought this series on Blu. The story of course is not finished. I took the final book out of the library. Does anyone know if there is a chapter where I should start reading to finish it off?
Click to expand...

Given that most film adaptations vary greatly from the books they're based upon, I think you'd likely be reading a quite different story if you just try and jump into the middle of the third novel. But from what I've read about the films, Allegiant supposedly covers roughly the first half of the third book.

At a minimum, I would just begin at the start of the third book. If the story seems different compared to what you've seen in the movies, you might be better off just reading the entire trilogy from the beginning. If you enjoyed the storyline in the films, the books are likely even better.

The handling of these films was awful. The studio got greedy trying to stretch into four films, and ended up screwing everyone by never finishing the story in any format when the cast and others had no interest in making a TV-movie to wrap it up.
Expand signature
The purpose of an education is to replace an empty mind with an open mind.
Reactions: Todd Erwin
You must log in or register to reply here.
Share:
Facebook Twitter Reddit Pinterest Tumblr WhatsApp Email Link 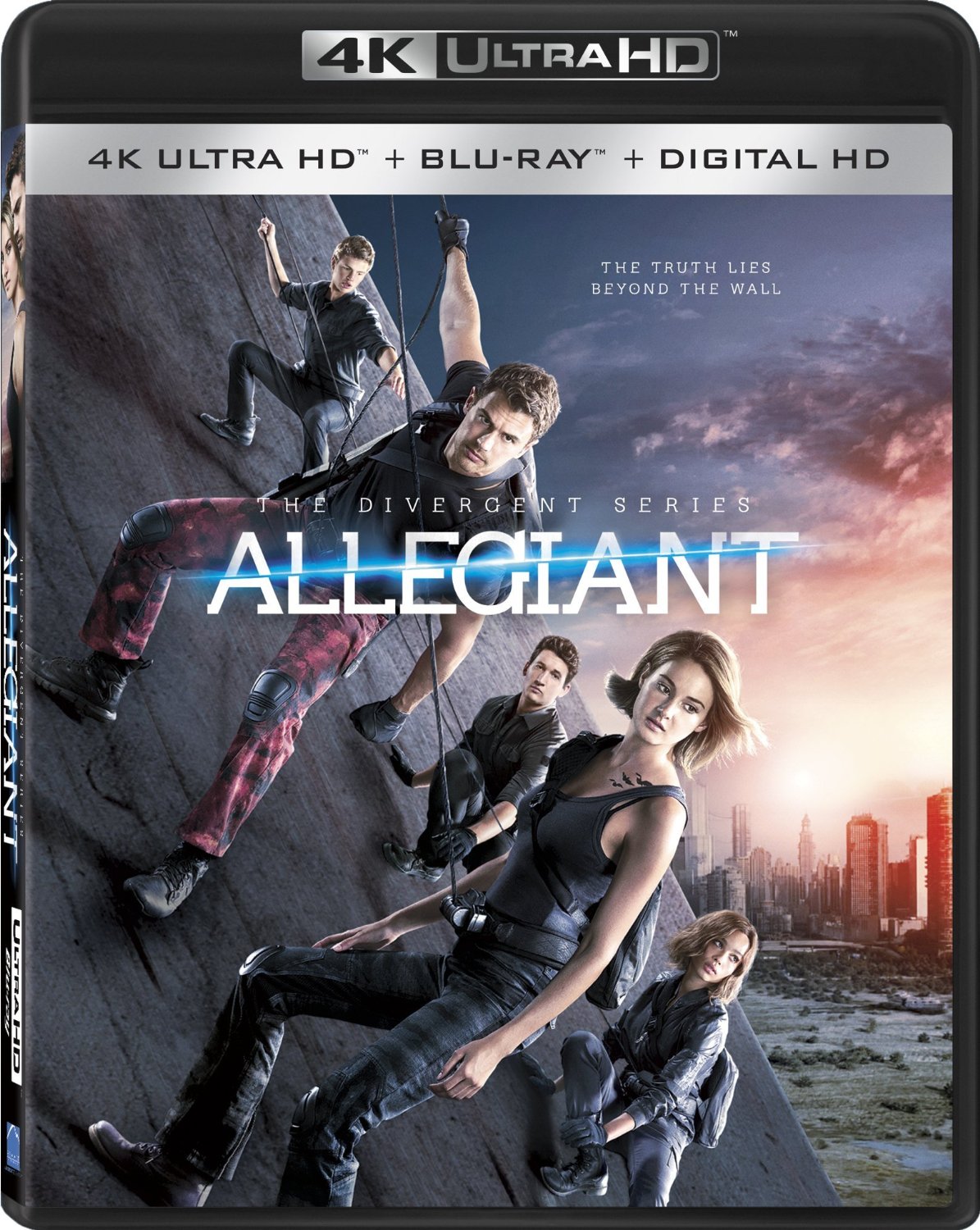