According to new research data compiled by Morning Consult, the streaming market is about to get significantly more crowded, and the new analysis suggests that Disney Plus has an “early advantage” with consumers. With both Apple TV Plus and Disney Plus launching in November, and HBO Max and NBC’s Peacock hot on their heels with debuts in 2020, streaming options are about to become even more plentiful. Nearly half of millennials say they are currently considering purchasing Disney Plus, but Apple TV Plus and HBO Max are not far behind in the rankings.

Morning Consult’s Brand Intelligence, which tracks consumer perceptions of over 3,000 brands on a daily basis, also shows that Peacock – the only new service not explicitly tied to its parent brand and the name of which was just announced in September – has yet to make it onto the radar of most Americans.

The Disney Plus early advantage is represented here against potential competitors: 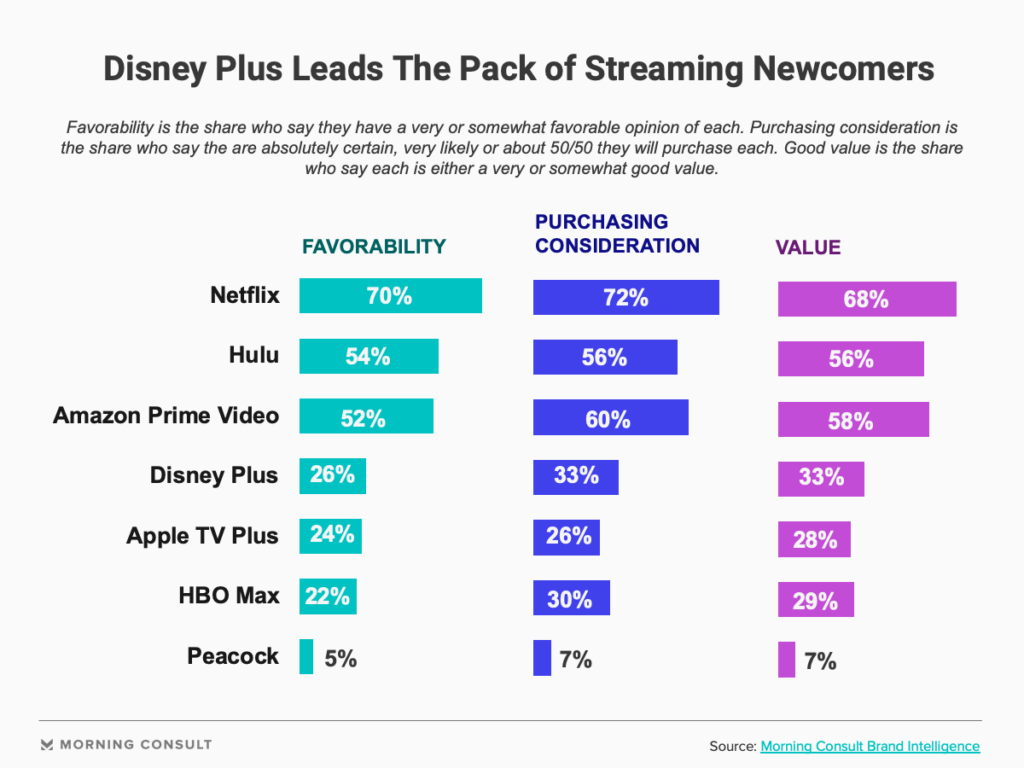 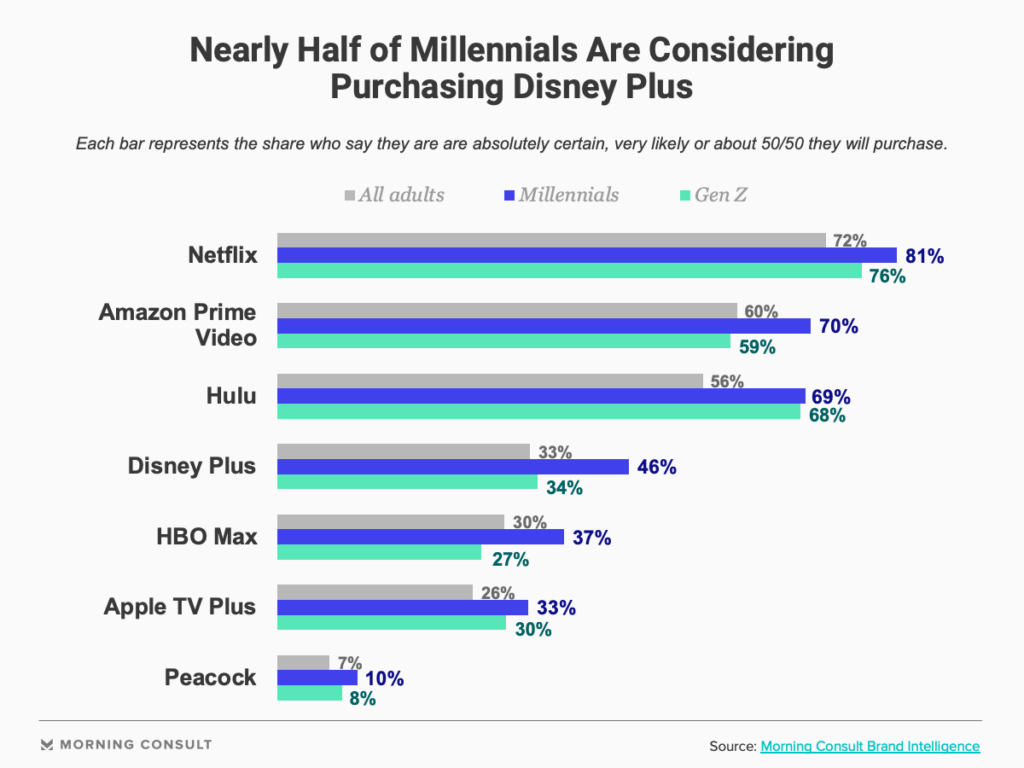 Also according to Morning Consult, it is “unsurprising” that perceptions of each new streaming service notably lag behind perceptions of parent brands. However, the data indicates those parent brands are each well-liked by the public, providing a “strong foundation” to build on. 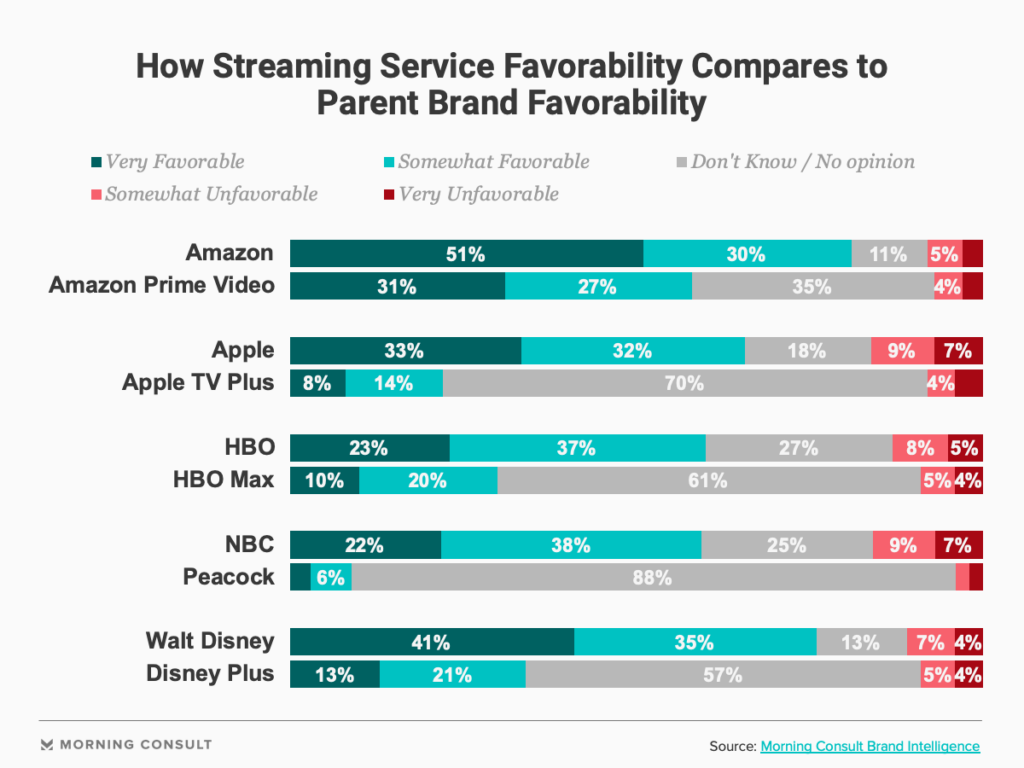 Morning Consult qualifies its results with the following statement: With over 75,000 annual interviews on every brand, Brand Intelligence brings together millions of survey interviews on thousands of brands to provide real-time insight and analytics into the most important brand metrics. The results are based on between 5,528 – 5,729 survey interviews per brand, with the surveys conducted by September 21 and October 21, 2019. The interviews were conducted online and the data were weighted to approximate a target sample of adults based on age, race/ethnicity, gender, educational attainment, and region. Results from the full survey have a margin of error of plus or minus 1 percentage points.