The greatest gift a grandson can give his grandfather is a hot college girl who wants to have unprotected sex with him before he dies. 2.5 Stars 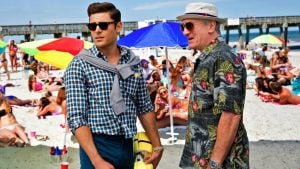 For a film called Dirty Grandpa there isn’t a whole lot of dirt here other than beach bodies and flirty talk.  DeNiro really puts his 40 year reputation on the line in one scene early in the movie and Efron’s nearly nude dancing can’t even be considered in the realm of titillation.  Midnight Run 2 this is not.  Consider it a buddy film with a few outrageous incidents, but not an end to end riot.

There are a few laughs here and there, mostly from Tan Pam (Mantzoukas) and Adam Pally’s unhinged Cousin Nick.  But it’s not enough to sustain the film and it’s a bit flat during the character development.  A chase sequence and a wedding that echoes the end of Crocodile Dundee both fall short. 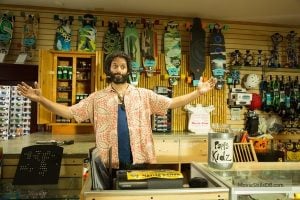 So Dirty Grandpa ships as a Dolby Vision UHD.  Why?  I have no idea.  There are very few scenes that make tremendous use of HDR.  There’s a number of night scenes and they are well represented with minimal noise.  The rest of Dirty Grandpa looks fine for a modern release with plenty of detail especially in the Florida outdoors.  Beaches and golf courses shine.  I didn’t notice any haloing or other effects, but I didn’t go pixel peeping for them either.  Overall it looks fine, but nobody out there is pining to use Dirty Grandpa as any kind of reference material. 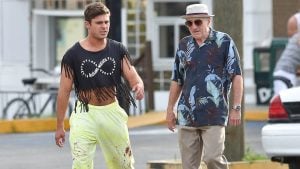 Yep, Dirty Grandpa has been re-mixed for the home in Dolby Atmos.  There’s 3 scenes where this make sense, 2 of them are in disco halls and the other is a beach concert venue. The music pumps nicely in these scenes.  Otherwise Atmos is totally wasted and there are no significant uses of audio rising above the standard 2d sound plane.  It checks the box but doesn’t earn any high marks. 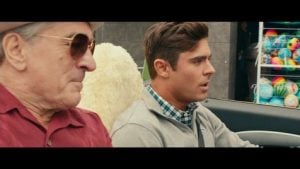 On the UHD we have:

Apparently the bluray has an audio commentary from the filmakers with no shame, but I didn’t spin that up.

Dirty Grandpa is mildly amusing for its run but never hits anything memorable.  Even the titular dirtiness is a bit of misdirection.  If seeing DeNiro briefly debase himself or seeing Efron party in the nude is your thing, maybe you will dig it more than I did. 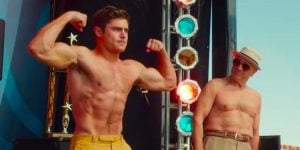 I feel sorry for you in having to review this title.
Reactions: Sam Posten

I’ve had way worse, but this coulda been better!

Sam Posten said:
I’ve had way worse, but this coulda been better!
Click to expand...

Yeah, I agree. "DG" is a bad movie but it's not quite as terrible as its reputation indicates.

De Niro actually shows more life than one would expect - he's stuck in awful situations, but he looks like he's enjoying himself.

And Aubrey Plaza goes a long way to redeem her scenes.

Never been a fan of De Niro and the title alone puts me off this film, plus the terrible reviews it received. I assume he made it for the money. The only film of his I have on disc is The Untouchables.
Reactions: skylark68

Or Raging Bull or GoodFellas or Taxi Driver or Casino or The King Of Comedy or Cop Land or...
Reactions: Joe Bernardi, Sam Posten and Neil Middlemiss

Keith Cobby said:
Never been a fan of De Niro and the title alone puts me off this film, plus the terrible reviews it received. I assume he made it for the money. The only film of his I have on disc is The Untouchables.
Click to expand...

Yeah, same here. Untouchables is it.

I've seen Taxi Driver, Once Upon A Time in America, Godfather II, Goodfellas, Casino, Deer Hunter, etc. and he's mostly a one trick pony. I know lots (most?) of people think he's among the greatest but he's one of my least favorite pre-eminent actors of the last 40+ years.

Keith Cobby said:
Never been a fan of De Niro and the title alone puts me off this film, plus the terrible reviews it received. I assume he made it for the money.
Click to expand...

That's a common assumption, and a logical one, but like I alluded above, he really seems to be enjoying himself in this one.

Keith Cobby said:
I assume he made it for the money.
Click to expand...

I love the story in the tabloids of him blaming his wife. What was the one that scored worse at age 60?

You have to believe that out there, somewhere, the studio just knows there is a group of people thinking, "You know, I'd really love to upgrade to 4K, but there just aren't really any need-to-own titles yet in that format. If only they'd release more films like Dirty Grandpa and National Lampoon's Van Wilder in 4K, then I could justify making the investment in this new format."
Reactions: TravisR

Sam Posten said:
What was the one that scored worse at age 60?
Click to expand...

It's actually tied at the bottom of the sewer with The Bridge Of San Luis Rey.

He's made an unbelievable amount of godawful movies - his wife must be really expensive!
Reactions: Sam Posten 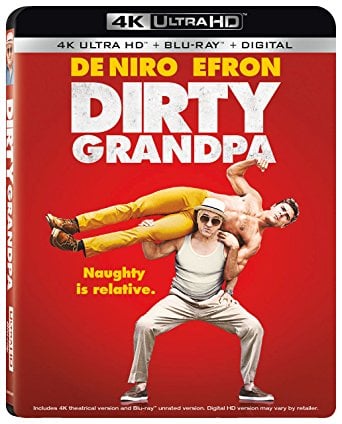