During its heyday, the film noir genre of the 1940’s and 1950’s tended to take place in urban settings with cynical looks on life and love, among other things. Desert Fury, released in 1947, represents a unique departure from many of these conventions; not only was it shot in Technicolor, the story is a melding of a few noir elements with those of melodrama, crime, and western thrown in for good measure. Long unavailable on home video for years, Kino unveils the movie on Blu-ray for its home video debut from their deal with Universal.

The small mining town of Chuckawalla, Nevada is the stomping ground of tough minded Fritzi Haller (Mary Astor), the owner of the saloon and casino in town. Her past arrives in the form of Eddie Bendix (John Hodiak), a gangster who had to leave Chuckawalla under suspicious circumstances, and quickly strikes up a relationship with Fritzi’s daughter Paula (Lizabeth Scott), who becomes enamored with Eddie. Not surprisingly, this gets under the skin of Fritzi, local lawman Tom Hanson (Burt Lancaster), and Eddie’s sidekick Johnny Ryan (Wendell Corey, making his film debut), all of whom want this relationship to end for different reasons. With passions like this smoldering like the desert heat, it’s only a matter of time before someone out of this dysfunctional web ends up getting burned or worse…

For the most part, Desert Fury has the ingredients for a solid crime drama; the crook with the past who returns home is usually a staple of noirs around this time. However, it’s the inclusion of several different themes that really set the movie apart from others of the time; first of all, having been shot in Technicolor, the movie is very beautiful to look at (a real departure for the genre). Second, the inclusion of a Western theme – compared to the typical urban setting – really opens up the story and explores new vistas rarely seen in the genre up to this point. Finally, it’s the subtext of implied homosexuality – noticeably between Eddie and Johnny – that really makes the movie very interesting and predating the subversive Douglas Sirk melodramas by nearly a decade; how writers Robert Rossen and an uncredited A.I. Bezzerides managed to slip this past the Production Code of the day without raising suspicion is still a bit of a mystery. It’s the combination of these three particular themes and ideas that help the movie really stand out compared to those that came before and after it since.

Top billed here, John Hodiak gives a solid performance as Bendix; it would be one of the more notable roles of his tragically brief career and life (he would die of a heart attack at the relatively young age of 41). In only her fourth film role, Lizabeth Scott is a very luminous Paula; it’s easy to see why she was considered “the most beautiful face of film noir in the 1940’s and 1950’s”. Mary Astor basically walks away with the film as the tough as nails Fritzi; Burt Lancaster, in one of his early film roles, is an appropriately hard edged cop who still holds feelings for Paula. In what was billed as a debut role, Wendell Corey casts a memorable impression as Johnny; the subversive part marked the beginning of a solid film career which included his best known role in the movies – the detective in Alfred Hitchcock’s Rear Window (1954). A few more notable appearances include James Flavin as the sheriff, William Harrigan as the judge, Anna Camargo as Fritzi’s housekeeper, Ralph Peters as the cafe owner, and Ray Teal as a bus driver.

The film’s original 1:37:1 aspect ratio is preserved on this HD transfer. Film grain is sturdy and organic with fine details rendered faithfully; color palette is strong with even skin tones, some crushing of blacks in some scenes, nearly no misregistration issues and minor instances of scratches, dirt, dust, speckling, or flickering. For a film that had never seen the light of day on home video until now, this is a very strong transfer of a three-strip Technicolor film and another quality effort from Kino Lorber.

The original mono soundtrack is preserved on a DTS-HD Master Audio track. Miklos Rozsa’s strong score is given great fidelity and ambiance without being overpowering and dialogue comes through strong and clear with minimal to no instances of age related problems like cracking, hissing, popping or distortion; another great job done for the film’s home video debut.

Commentary by film historian Imogen Sara Smith – Recorded exclusively for this release, Smith goes over the production history as well as some of the themes established in the movie; like the film itself, it’s thoroughly interesting and very insightful.

While it flew under the radar at the time of its original release, Desert Fury is a remarkably unique take on the film noir genre that stands out by itself. Kino has done a great job of rescuing this movie from obscurity and giving a great presentation of it on Blu-ray; the high marks in both audio and visual quality are matched with a very informative commentary recorded for this release. It’s highly recommended that you pick up this hidden little gem of the 1940’s and discover it for yourself. 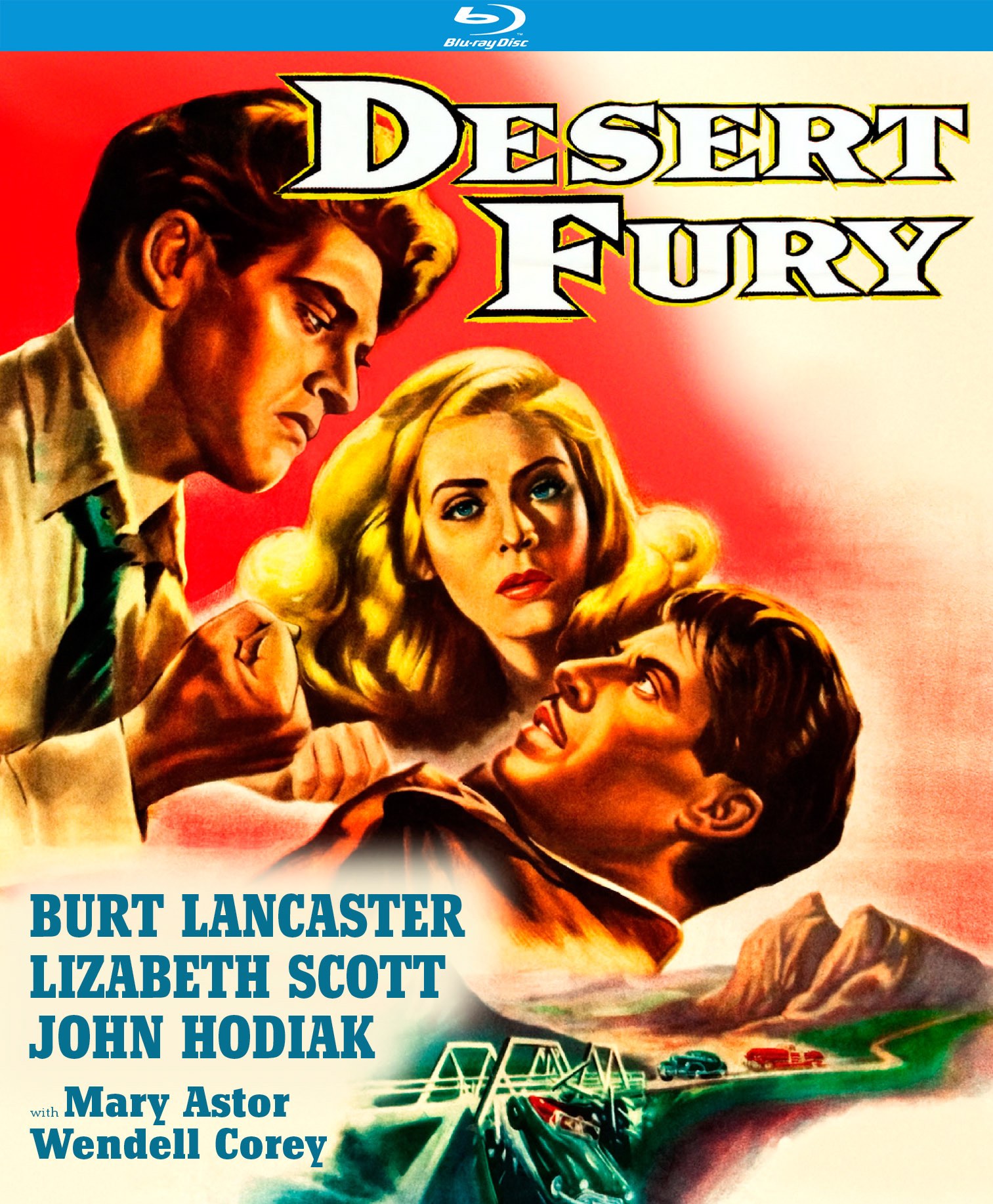