Forum List What's new Dark Style Change width
Log in Register
What's new Search
Menu
Log in
Register
Navigation
Install the app
More options
Dark Style
Close Menu
Posted on September 8, 2020 by Martin Dew
You are using an out of date browser. It may not display this or other websites correctly.
You should upgrade or use an alternative browser.

Denon is introducing four products to celebrate its 110th anniversary including the flagship AVR-A110 8K AV receiver, priced at $5,499. The three remaining products comprise the PMA-A110 integrated amplifier ($3,499), DCD-A110 SACD player ($2,999) and DL-A110 MC phono cartridge ($599). The Japan-made products include a silver-graphite finish with 110th anniversary logos on the front panel, and each arrives with a certificate of authenticity stamped with the approval of the company’s head engineer. 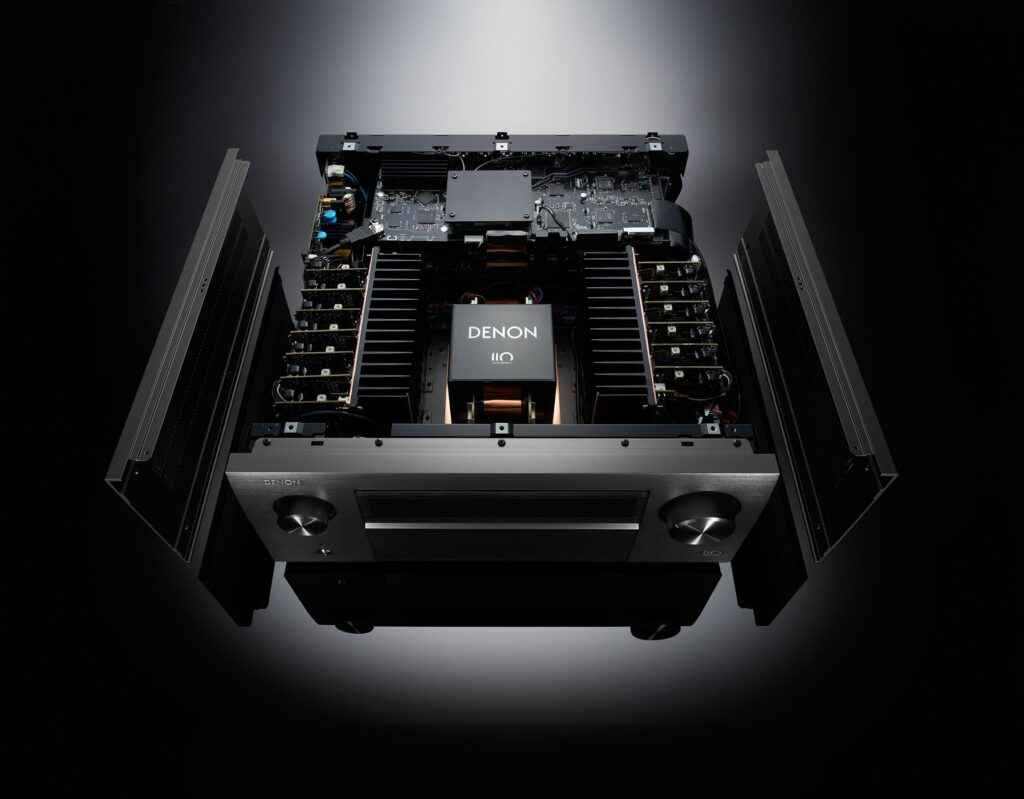 Denon says the AVR-A110 was developed “with extreme attention to detail and tuned by a Denon sound master at its component level to solidify its place as one of the most special AV receivers Denon has ever produced.” As well as its all-black interior housed in a limited-edition silver-graphite finish with aluminum front and side panels, there are custom die cast feet and a copper transformer plate for better isolation.

Denon started in 1910 and produced Japan’s first phonograph and later created the country’s first professional disc recorder, producing the first audio recording of Emperor Hirohito’s voice at the end of World War II. The company also introduced the first CD-ROM format in 1985 and the world’s first universal Blu-ray player, which could play both DVD-Audio and SACDs. With the exception of the DL-A110 phono cartridge available from November, the remaining three products, including the AVR-A110 receiver, will be available from October. For more information on the 110th anniversary line, visit Denon. How big is that box? Looks really big from this angle... bigger than my Hsu subwoofer shipping box even though the AVR is probably (at most) more like 1/2 of size of my subwoofer, if that -- granted, my subwoofer might need substantially less space-eating packing foam cushion and such than a flagship AVR.