Irreverent superhero movie earns its laughs and its thrills honestly and deservedly. 4.5 Stars

Tim Miller’s Deadpool is precisely the movie the comics and movie trailers suggested it would be: irreverent, unbridled, unpredictable. Also, it’s the funniest movie so far this year, its hilarity made all the more cutting because it’s often uttered in the midst of chaos and mayhem of the most brutal fashion.

Tim Miller’s Deadpool is precisely the movie the comics and movie trailers suggested it would be: irreverent, unbridled, unpredictable. Also, it’s the funniest movie so far this year, its hilarity made all the more cutting because it’s often uttered in the midst of chaos and mayhem of the most brutal fashion. Even more mockingly cheeky than Ant-Man or Guardians of the Galaxy (and with its own pop tune hit soundtrack to put a point to some of the film’s most outrageous set pieces), Deadpool now ascends to the top step of the podium in the Marvel Comic Universe Cool Competition.

Diagnosed with inoperable cancer, special forces fighter and trained mercenary Wade Wilson (Ryan Reynolds) doesn’t want to risk burdening his soul mate Vanessa Carlysle (Morena Baccarin) with his inevitable deteriorating condition, but he jumps at the chance of a cure offered by eccentric scientist Ajax (Ed Skrein). The cure is composed of inhumane amounts of torture that turn the gorgeous hunk into a mutant horror: cancer cured and now with the ability to heal (a la Wolverine) but with his face horribly disfigured. Clad in a suit to hide his scarred face and bloody injuries that will heal, Wilson becomes Deadpool, ready to take on ultra bad guys but ultimately eager to find Ajax (whom he renames “Francis”) to inflict payback for his torture and force him to reconstruct his face before he can return to Vanessa.

The opening main credit sequence of this snarky, hip-infused comic superhero movie sets the mood for the rest of this zippy, nothing sacred action romp. Writers Rhett Reese and Paul Wernick along with two of the film’s leading actors (Ryan Reynolds in the title role, T. J. Miller as Wade’s bartender best friend Weasel who are both obviously doing a great deal of ad-libbing) keep the rib-tickling trash talk, endless pop culture references, and self-deprecation skipping along like pebbles across a lake. Additionally, the screenwriters have cleverly written an origin story combining flashbacks and flash forwards and surrounding them with the non-stop action of the cat-and-mouse story of Deadpool’s search for Ajax in such an intriguing way that one never tires of the background (most origin stories belabor the exposition explaining the birth of the hero so that any other narrative present in the tale seems anticlimactic; here, it’s all of a piece because of the deft construction). First-time director Tim Miller keeps things moving briskly (the movie runs only 108 minutes) and encourages the irreverent tone of the proceedings (not even Fox’s own X-Men franchise escapes unscathed), all the better to mask numerous gory and gruesome beheadings, vivisections, and all manner of mayhem. All of the set pieces (a wild assault on a bridge, a bar fight, and the climactic scrapyard confrontation) feature wily combinations of live action and CG-created conflict, but none of the fights outstay their welcomes, and each is satisfying in its own way with the quip-infused nature of the commentary going on between the various characters.

Ryan Reynolds was born to play this title character (and for those who remember him in Green Lantern from a few years ago, Deadpool has a couple of hilarious putdowns about that and actor Ryan Reynolds’ innate talents), and his unending motormouth cascade of comments, quips, and barbs constitute almost a one-man show. Superhero films need a great villain for the conflict to come off, and Deadpool offers a fine one with Ed Skrein’s Ajax/Francis. Possessed with the inability to feel pain, Ajax is almost as impervious as Deadpool, and he manages a few quick putdowns of his own during the course of the film. There is real chemistry between Reynolds and Morena Baccarin’s Vanessa (the relationship montage for the couple is presented to the song “Calendar Girl” using imagery far more suggestive than in the original lyrics), and they prove to be soul mates both physically and verbally. T.J. Miller is a funny and welcome best friend, and in the role of straight man is the CG character of Colossus voiced by Stefan Kapicic, the character’s intention to bring Deadpool into the X-Men fold. Colossus is joined in that endeavor by teenaged goth Ellie Phimister played by Brianna Hildebrand (her superhero name is Negasonic Teenage Warhead). Her counterpart on Ajax’s side is Angel Dust performed by Gina Carano but without much in the way of character development.

The film is framed at its theatrical 2.40:1 aspect ratio and is presented in a 1080p transfer using the AVC codec. Sharpness is excellent, lessened only when CG backgrounds and action must be composited into the frame with live action. Color is rich and true with striking and appealing skin tones. Contrast has been nicely applied throughout while black levels are solid and deep. The film has been divided into 28 chapters.

The DTS-HD Master Audio 7.1 sound mix offers an expansive and immersive experience with all of the quip-laden dialogue expertly recorded and placed in the center channel while the surrounds hold much of the pop tunes and Tom Holkenborg’s background score mixed along with the multi-directional pans and atmospheric effects one expects in a modern superhero film.

Audio Commentaries: star Ryan Reynolds and screenwriters Rhett Reese and Paul Wernick share the first track while director Tim Miller and comic co-creator Rob Liefeld narrate the second one. Both are jaunty affairs filled with humor and a laid back, easy-going style that offers lots of behind-the-scenes information and an appreciation of what the movie has accomplished.

Deleted/Extended Scenes (19:14, HD): nine scenes may be watched separately or in montage and with or without director Tim Miller’s commentary.

Deadpool’s Fun Sack (23:54, HD): includes a compendium of entertainment interviews, theatrical and TV spot teasers, and theatrical trailers. Each may be viewed separately.

Unquestionably the funniest adult comedy of the year (that R rating is not just for violence), Deadpool takes superhero movies and turns them on their ears earning for itself a reputation of being hilarious and involving both at the same time. Highly recommended!

Most enjoyable film I have seen all year. Loved this film! Thanks for the review, Matt!
Expand signature
Ronald J Epstein
Home Theater Forum co-owner

I just watched this for the first time and found my self wondering, often, can they do that in an R film? This is not your father's or grandfather's superhero film. I loved it, but I'm still wondering, can they do that?
Expand signature
Johnny
www.teamfurr.org
But a family cat is not replaceable like a wornout coat or a set of tires. Each new kitten becomes its own cat, and none is repeated. I am four cats old, measuring out my life in friends that have succeeded but not replaced one another.--Irving Townsend

I thought this was awful. Maybe I'm too old for it but the language jarred, the gore was gratuitous and the plot pathetic. I've sold it already on Amazon Marketplace.
Reactions: Keith Cobby

I watched the blu-ray last evening. A truly terrible film.
Reactions: KeithDA
You must log in or register to reply here. 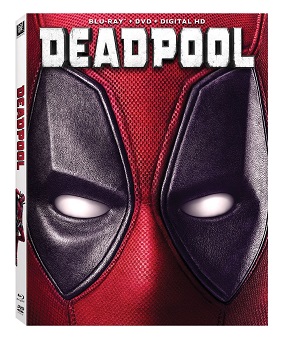