Forum List What's new Dark Style Change width
Log in Register
What's new Search
Menu
Log in
Register
Navigation
Install the app
More options
Dark Style
Close Menu
Posted on June 25, 2019 by Kevin Collins
You are using an out of date browser. It may not display this or other websites correctly.
You should upgrade or use an alternative browser.
3 Stars 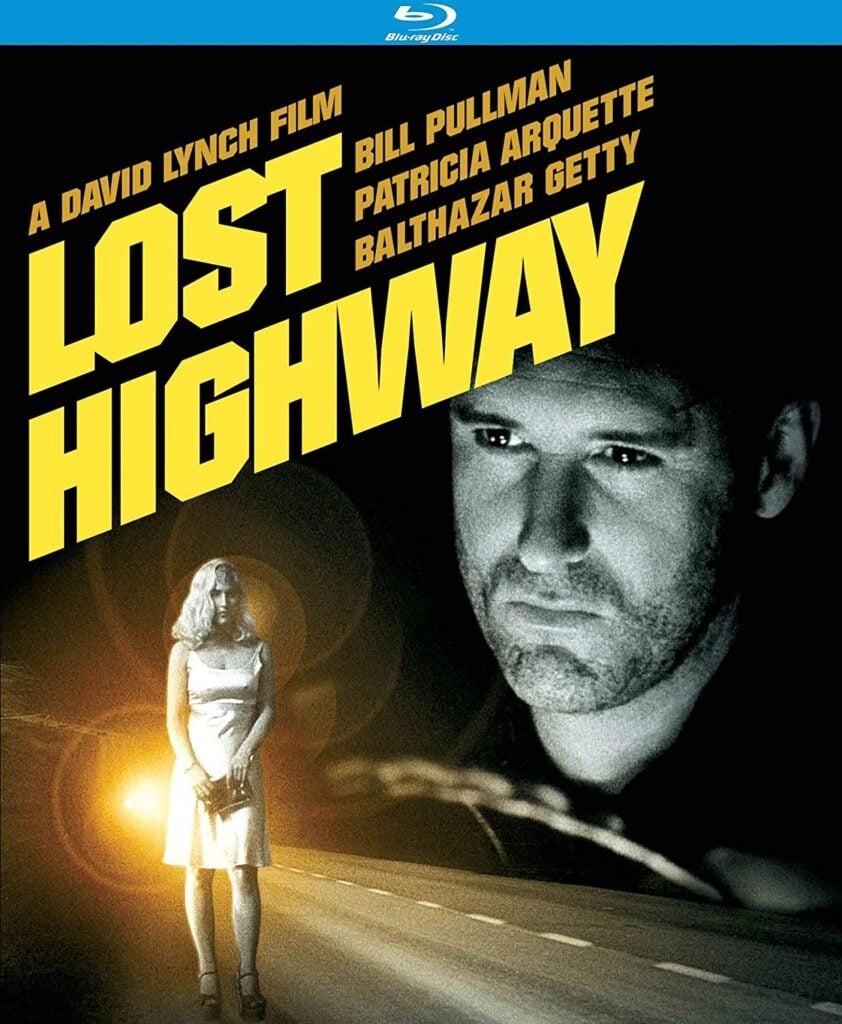 I saw Lynch's tweet a few days ago but I'm still buying Lost Highway. If a Lynch-approved release comes out, I'll pick that one up too but after waiting a decade for a North American release, I don't think it's silly to feel that is my last chance to get this movie on a disc.

Criterion should have done this.

It's probably the same of the European release, then. It could be better, but it wasn't bad.

Like to see The Straight Story on Blu-ray. There is a region B out there but will wait.

I just watched it. Other than a really weird audio anomaly on the Universal logo at the start (the surround sound on the 5.1 track jumps around erratically from speaker to speaker), it seemed fine to me. Comparing it to the Focus DVD, it does appear to have been derived from the same master, without much more than the usual uptick in resolution and uncompressed audio (but that's not nothing). Those darker-than-black interior shots where people emerge from and dissolve into the darkness are always going to be a real mystery to me until David Lynch gets around to approving a transfer. I saw the sneak preview in a theatre, and the look of this Blu-Ray is consistent with my memory of the look of the movie on-screen. I'll be doing some comparisons to the "Zagubiona Autostrada" DVD that I picked up in Krakow in 2005, which was not derived from the Focus DVD master and is lighter, with less contrast. You can see more in the darkness, but I've never been too sure about its fidelity to Lynch's intentions. Anyhow, the Kino Lorber Blu-Ray will do for me until Criterion or Arrow takes a crack at "Lost Highway", and if or when they do, I'd sure like to hear that Tim Lucas commentary.

I like that they mentioned in the article that Criterion has released Lynch Films including THE ELEPHANT MAN. (They haven’t.) But is it forthcoming?

battlebeast said:
I like that they mentioned in the article that Criterion has released Lynch Films including THE ELEPHANT MAN. (They haven’t.) But is it forthcoming?
Click to expand...

I believe it was announced for laserdisc release but never released. It was assigned spine #201, so that may account for some confusion. Plus it was recently streaming on the Criterion Channel.

Hopefully it’s coming to blu from them.

battlebeast said:
I like that they mentioned in the article that Criterion has released Lynch Films including THE ELEPHANT MAN. (They haven’t.) But is it forthcoming?
Click to expand...

Yes, you're right, battlebeast - my bad. It's available from Studio Canal in some European territories, but not in the US and with no release date set. I'll change that.

Martin Dew said:
Yes, you're right, battlebeast - my bad. It's available from Studio Canal in some European territories, but not in the US and with no release date set. I'll change that.
Click to expand...

For a minute I got excited... :/ It would be nice to see Elephant Man from Criterion, but it's a paramount title... :/

This shouldn't be a surprise; Universal hasn't invested in a new master for this title, and Kino can only release what exists.

I just saw this master recently through an iTunes stream and it's fine. I'm looking forward to the disc version for the lossless audio; I found the audio on the streaming version wasn't able to handle the film's dynamic range very well (sometime I've had an issue with in virtually all streaming versions of Lynch projects that I've seen), so hopefully the disc is an improvement on that front.

And this will automatically be a tremendous upgrade for anyone who has the UK Blu-ray, which is merely a PAL master upconverted to HD with the 4% speedup included.

We reached out to Mr. Lynch via email to oversee and color grade a new 4K transfer (from the original camera negative) and get his approval on the dozen or so extras we had planned to include. Once we knew he was not interested in working with us, we had no choice, but to go ahead with the current Universal master and the few extras we had already produced and acquired. To our surprise, the master in question was a very good one, so we were happy to release it with some extras. We found out later that the extras and packaging also had to be approved by him (not the norm) and we sent email after email without one response. We delayed the release by a month, hoping we could at least get him to approve the trailer, the essay and our packaging, at this point we knew the interview and commentary were not possible, but after a few more weeks, we dropped the essay, the trailer and changed our front art to the previously approved DVD art. The BD only includes the film on a dual-layered BD50 disc, maxing out the feature at 30mbps with 5.1 surround and 2.0 lossless audio. We were planning to take the high road and not play the blame game, but after his tweet this weekend, we felt like we had to respond.

We’re still huge David Lynch fans and are proud to release one of his masterpieces on Blu-ray.

From the "critical discussion thread' of Kino Lorber. FYI.

Well, if Kino Lorber is to be believed (and there's no reason to disbelieve it), it's Lynch's fault. He was asked to help out, he ignored the requests and now he's complaining??? I'm just speculating but I suspect if his darling Criterion had the rights to the title, he would have been more than happy to be involved.

I am a big fan of David Lynch.

As a longtime fan, I’ve noticed that Mr. Lynch at times can have a tendency to allow the perfect to be the enemy of the good.

He’s an artist and it’s his craft and I understand that.

Criterion in theory could have licensed Lost Highway anytime over the last twenty years. Either they didn’t have interest, Universal wouldn’t let it out, or the asking price was too high.

If Lynch is upset that Kino got the rights, that’s an issue for Universal, not Kino.

From what I understand about other licensing deals, the term for this could be anywhere from a couple years to five or more. Does anyone really believe physical media is in such a condition where the market would be there for a second physical release five years from now?

The reality probably is that this will be the last chance to own this title on disc.

And I’d rather have it than not.

I think Lynch has done an awful lot of LSD. Sometimes that is a good thing.

If Lynch declined the invitation to participate in creating a new transfer and bonus features, knowing Lost Highway was going to be released with or without him, it would seem to invalidate his complaint.

I don't recall Lynch making a stink about either Blu-Ray release of Wild at Heart, which both were sourced from the same old master. Granted that was an old master he personally supervised back in the DVD days, but still.

Just got the blu on the mail

I spot checked it last night - I understand the want for a Criterion disc....but Kino's disc is pretty great looking.

RichMurphy, thanks for adding Kino Lorber's Tuesday (I believe) response to Lynch. I was going to post another thread to that effect, but no need to now.

Lynch probably wanted a new film transfer and Kino wouldn't do it.
You must log in or register to reply here.