Film composer, Danny Elfman, well known to all of us for his themes for The Simpsons and Beetlejuice, has released a new album with violin concerto, known as Eleven Eleven, performed by Sandy Cameron with the Royal Scottish National Orchestra, and conducted by John Mauceri. The album is available on the Sony Classical label and tour dates of the new work continue with three concerts at the Boettcher Concert Hall in Denver on May 17, 18 and 19.

Elfman provided the film score for nearly all movies directed by Tim Burton, invented the cinematic sound for Spider Man and Men in Black and came up with the main theme for Desperate Housewives. He has established himself as a fixture among the greatest film composers alongside Hans Zimmer or John Williams. However, among the soundtrack masters Elfman stands out for the distinctive character he lends his scores.Tubas and trombones play at a breakneck speed and violins are put through “Paganini-like paces.” 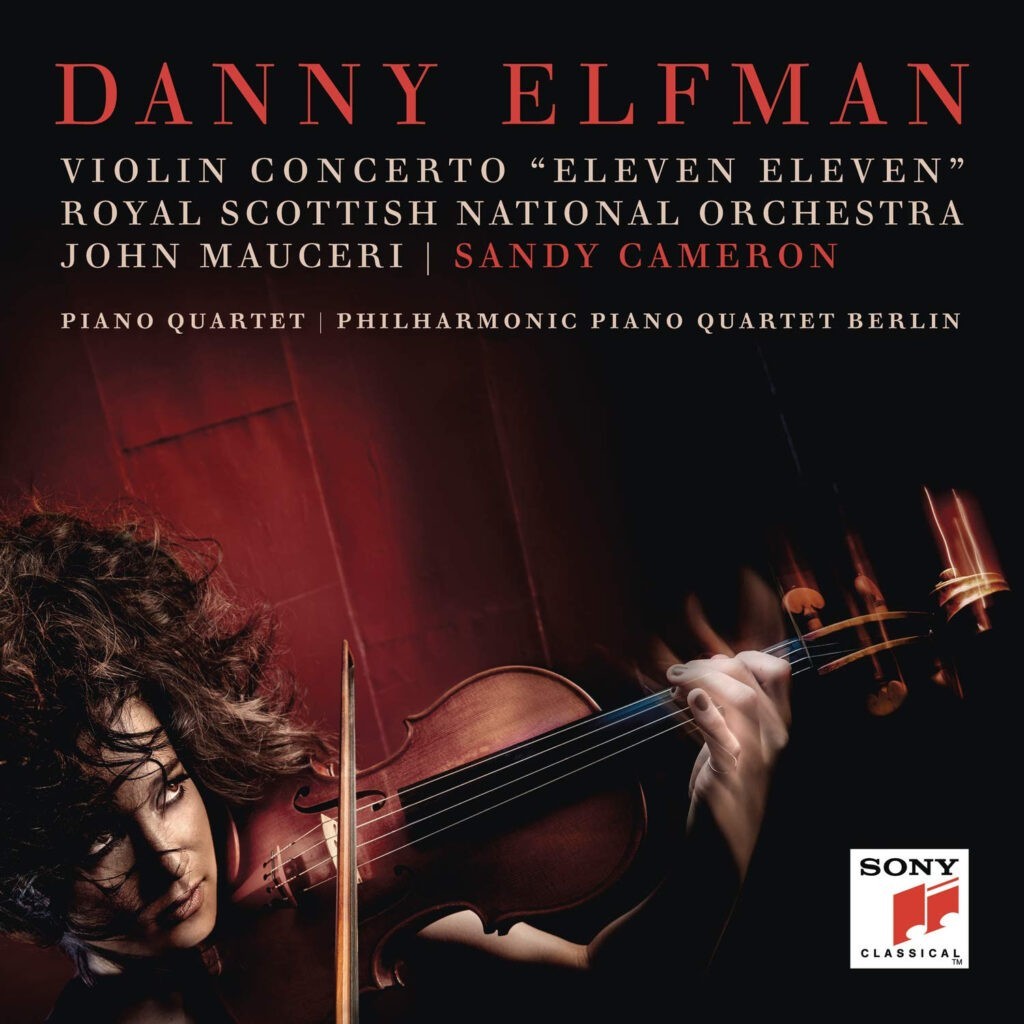 Elfman has long felt that he had more to give than the music of his film soundtracks. “I don’t merely want to write music that is free from the influence of films,” he says. “Instead, it’s a compelling need.”

Two years ago, the Prague orchestra requested that he compose a violin concerto for Sandy Cameron. Elfman responded by composing the concerto as his first freestanding orchestral work. He reputedly loves the late Romantic idiom and this is evident in the violin concerto, but here it is considered “more like Tchaikovsky and Prokofiev” running into the groove of Beetlejuice. Elfman’s second work on the new release is entitled Piano Quartet.