Few British actors and filmmakers have had the life quite like Sir Richard Attenborough. In addition to finding acclaim as both an actor and director, he served in the Royal Air Force during WWII (going on several bombing missions and filming the action as a member of the film unit), served as the director of the Chelsea Football Club (from 1969 to 1982) and was a life peer in the House of Lords, just to name a few achievements outside cinema. Released just a few years after his Oscar winning historical opus Gandhi (1982), Cry Freedom took a look at the system of apartheid in South Africa, as seen through the eyes of two men who dared to challenge it. Though long available on DVD from Universal, Kino has finally given the movie its Blu-ray debut.

In mid-1970’s South Africa, Stephen Biko (Denzel Washington) is one on many activists rebelling against the government’s system of apartheid; upon meeting Biko, liberal newspaper editor Donald Woods (Kevin Kline) finds his initial skepticism dissolving into a newfound respect for Biko and his views and – ultimately – a friendship. When Biko defies the system and ultimately ends up dying at the hands of the security police, Woods becomes determined to uncover the truth. When the government tries to stop Woods from pursuing the truth – by “banning” him and escalating the harassment – he makes the decision to escape South Africa with his family and tell the story of Stephen Biko to the whole world.

As one of two movies in the 1980’s to openly deal with apartheid in South Africa (Euzhan Palcy’s brilliant A Dry White Season is the other), Cry Freedom is a thoroughly engrossing drama. Director Richard Attenborough presents this real life story in a straightforward manner, rarely resorting to preachiness or sappy sentimentality to get his point across; this is only bolstered by the strength of the performances of his cast. If there’s one issue with the film, it’s that the pacing following the point of Biko’s death does tend to get a bit shaky and unfocused at times; fortunately, Attenborough cannily uses flashbacks of Biko to help steer the plot back on course. While the movie does take its time – it runs over two and a half hours – it’s never dull, allowing us to absorb the atmosphere and understand the characters and their motivations. In short, Cry Freedom is a very well done drama chronicling the two men who made an effort to shine a light on a country’s grave injustice and inspire hope for a better tomorrow.

As Stephen Biko, Denzel Washington has one of his best on-screen performances; he received a Best Supporting Oscar nomination for this breakthrough part. As Donald Woods, Kevin Kline is very much Washington’s equal; he serves as our surrogate trying to understand the insanity of an oppressive system as well as plight of the marginalized that Biko is speaking out for. While Kline and Washington form the beating heart of the movie, they’re ably supported by a strong cast as well. Among those standing out here are Penelope Wilton as Wendy Woods, Josette Simon as Dr. Mamphela Rampele, John Thaw as Jimmy Kruger, Timothy West as Captain De Wet, Zakes Mokae as the priest who helps Woods escape South Africa, John Hargreaves as journalist Bruce Haigh, Alec McCowen as the acting High Commissioner, and Louis Mahoney as a Lesotho state official, just to name a few.

The movie is presented in a 2:35:1 aspect ratio for this release. Film grain is organic while colors and fine details are both given a very faithful representation; problems like scratches, tears and dirt are very minor here. In short, this is likely the best the movie will ever look on home video and a major improvement over the non-anamorphic DVD.

The movie’s original stereo soundtrack is presented on a DTS-HD Master Audio track for this release. Dialogue is both strong and clear, with the sound mix and Oscar nominated music score by George Fenton and Jonas Gwangwa both given faithful representations as well. There’s very minimal to almost non existent issues like crackling, hissing or distortion here, which means this is another improvement over the previous DVD and likely the best the movie will ever sound on home video.

Commentary by film historian Eddy Von Mueller – Recorded for this release, Von Mueller not only talks about the movie’s production, but also about the film’s place in context to the real life events in South Africa at the time.

Made and release during the waning days of apartheid in South Africa, Cry Freedom is not just a stirring tribute to a man who fought injustice, but also – as the title suggests – a full fledged shriek against said injustice. Kino continues its run of offering great Blu-ray releases with a wonderful HD transfer that surpasses previous home video versions and an informative and insightful commentary track to go with it. Very highly recommended and very worthy of upgrading from the previous Universal DVD. 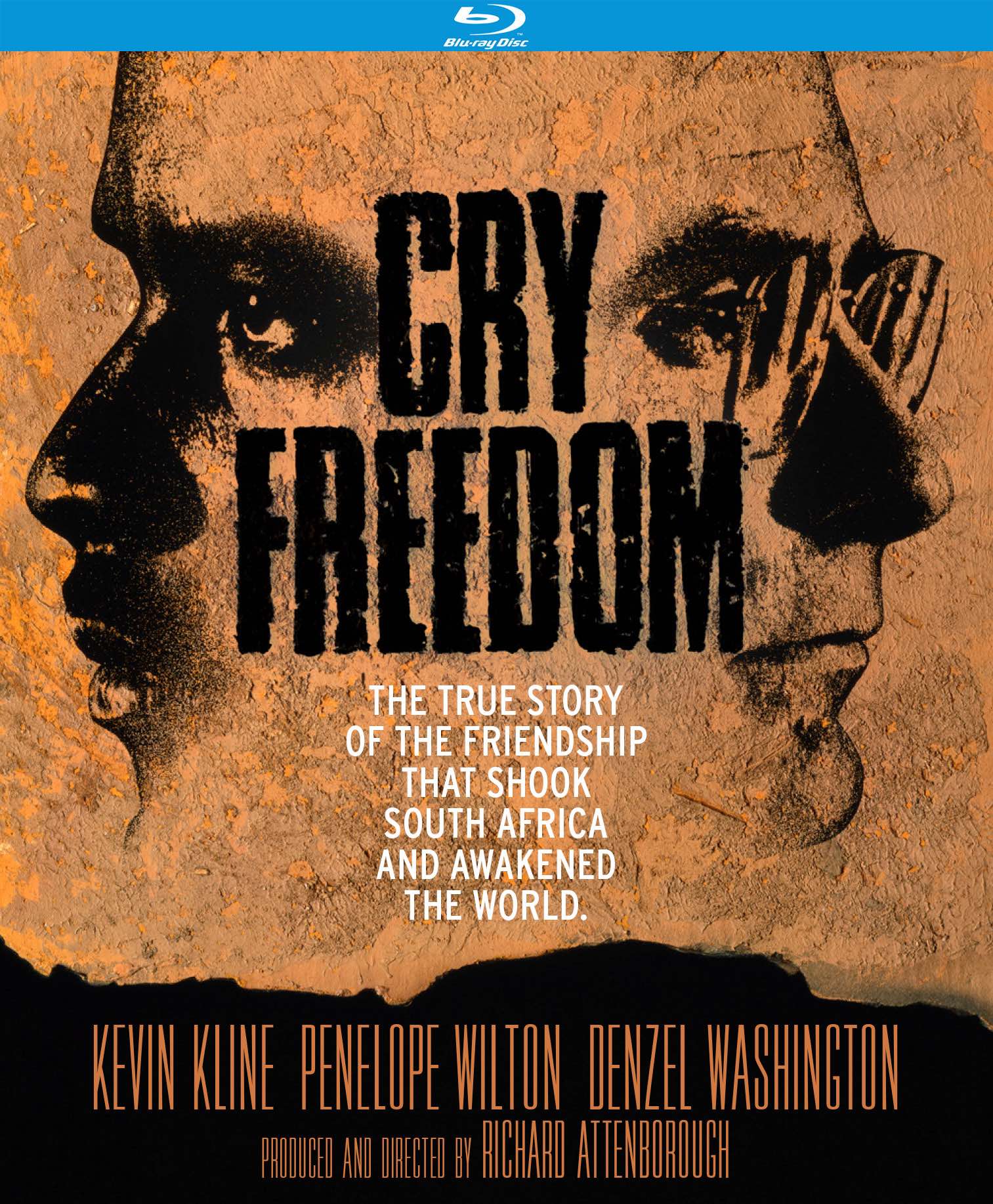