Forum List What's new Dark Style Change width
Log in Register
What's new Search
Menu
Log in
Register
Navigation
Install the app
More options
Dark Style
Close Menu
Posted on February 16, 2021 by Ronald Epstein
You are using an out of date browser. It may not display this or other websites correctly.
You should upgrade or use an alternative browser. 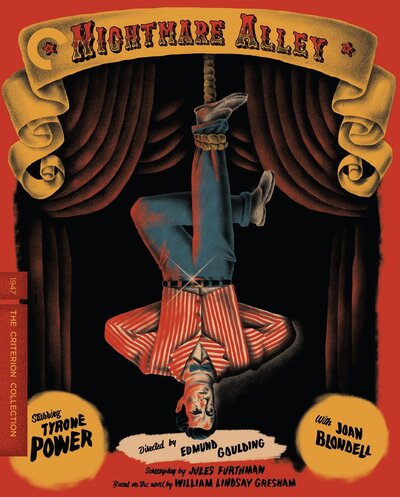 Darkness lurks behind the bright lights of a traveling carnival in one of the most haunting and perverse film noirs of the 1940s. Adapted from the scandalous best seller by William Lindsay Gresham, Nightmare Alley gave Tyrone Power a chance to subvert his matinee-idol image with a ruthless performance as Stan Carlisle, a small-time carny whose unctuous charm propels him to fame as a charlatan spiritualist, but whose unchecked ambition leads him down a path of moral degradation and self-destruction. Although its strange, sordid atmosphere shocked contemporary audiences, this long difficult-to-see reflection of postwar angst has now taken its place as one of the defining noirs of its era—a fate-fueled downward slide into existential oblivion.<br />
FILM INFO

New 4K digital restoration, with uncompressed monaural soundtrack on the Blu-ray<br />
Audio commentary from 2005 featuring film historians James Ursini and Alain Silver<br />
New interview with critic Imogen Sara Smith<br />
New interview with performer and historian Todd Robbins<br />
Interview from 2007 with actor Coleen Gray<br />
Audio excerpt of a 1971 interview with Henry King in which the filmmaker discusses actor Tyrone Power<br />
Trailer<br />
English subtitles for the deaf and hard of hearing<br />
PLUS: An essay by film critic and screenwriter Kim Morgan

Cool that they got Kim Morgan to write the essay for this one, as I believe she co-wrote the screenplay for the new version of the film coming later this year with Guillermo Del Toro.

I bought this years ago on DVD when it was going out of print, but never opened it. I wanted to get the full brunt of its exquisite darkness, that insubstatial world of night, in HD.

a must have,
it nice to see that 20th / Fox (Disney) is willing to let a few titles get a proper release, after the absorption of the studio, hopeful that this will lead to some of the other independents to release so many of the missing 20th Century films.

dana martin said:
a must have,
it nice to see that 20th / Fox (Disney) is willing to let a few titles get a proper release, after the absorption of the studio, hopeful that this will lead to some of the other independents to release so many of the missing 20th Century films.
Click to expand...

Criterion’s deal for this was likely made a few years ago, before the Mouse bought the Fox.

Superb news. I was starting to get depressed about this one getting to BluRay especially after all the bad news with the Region B Blu from Signal One. Saw it on Noir Alley a few years ago and fell in love with this one. It begs the question I wonder how many more Fox titles that Criterion has from before Disney bought Fox?

One of the greats. A must have!

I pull the DVD out about twice a year to watch. I’m looking forward to retiring the dvd with this Blu-ray.

It's such a haunting film: very unusual for its era, and it must have given Zanuck a heart attack when Tyrone Power insisted on doing it.

This will be one of the major releases of 2021! Looking forward to it.

I remember, long ago, reading the Maltin Guide entry for this film and being so intrigued. I never thought I'd see it; it never showed up on TV. Then a local art house (the Brattle Theater) showed it and later TCM aired it at 4am (mid-90s I think). I taped that and treasured it. When the DVD came out I was happy--it looks pretty good. This bluray will have the same commentary and new extras. One of the great noirs, well deserving of the Criterion treatment

This has to be his best film. What an entertaining, fun, exciting, scary, dark, morbid, seamy movie. This should be a day one purchase.
You must log in or register to reply here. 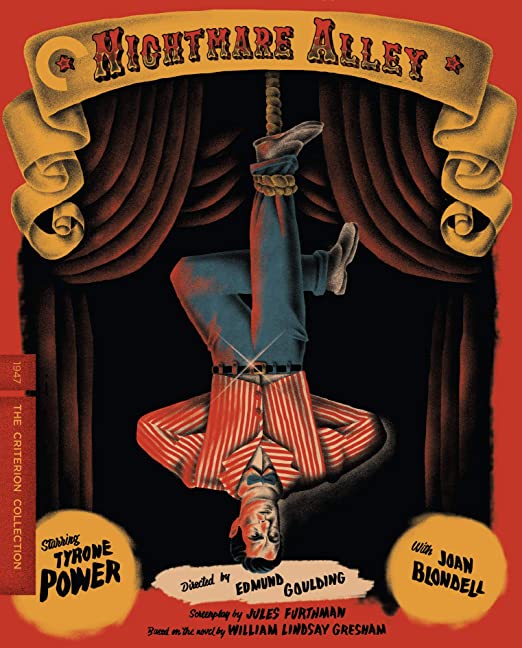