Forum List What's new Dark Style Change width
Log in Register
What's new Search
Menu
Log in
Register
Navigation
Install the app
More options
Dark Style
Close Menu
Posted on August 16, 2019 by Ronald Epstein
You are using an out of date browser. It may not display this or other websites correctly.
You should upgrade or use an alternative browser.
3 Stars 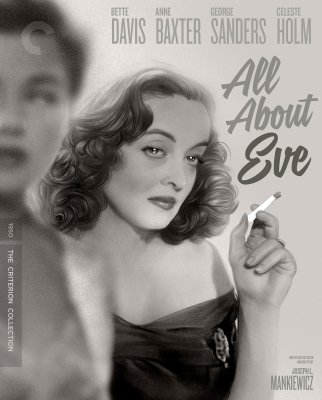 In Joseph L. Mankiewicz’s devastatingly witty Hollywood classic, backstage is where the real drama plays out. One night, Margo Channing (Bette Davis) entertains a surprise dressing-room visitor: her most adoring fan, the shy, wide-eyed Eve Harrington (Anne Baxter). But as Eve becomes a fixture in Margo’s life, the Broadway legend soon realizes that her supposed admirer intends to use her and everyone in her circle, including George Sanders’s acid-tongued critic, as stepping-stones to stardom. Featuring stiletto-sharp dialogue and direction by Mankiewicz, and an unforgettable Davis in the role that revived her career and came to define it, the multiple-Oscar-winning All About Eveis the most deliciously entertaining film ever made about the ruthlessness of show business.