Well the "April" revision ended up being released at the end of May.

So far the Windows Update button for 2004 doesn't show yet on my two machines.

ZDnet has a listing of outstanding issues at present. 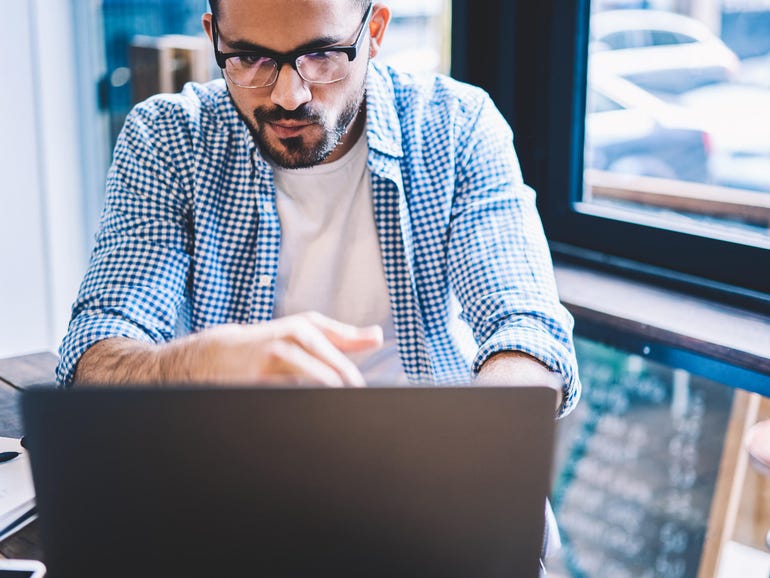 Despite extra testing of the Windows 10 May 2020 update, the rollout has already thrown up multiple driver problems.

My two Dell PCs are using the Intel integrated graphics so I guess that's the issue with them.

I'm holding off for now, until they sort out the sound nonfunctionality issues for 2004 and the previous 1903 and 1909 versions.

The sound problems was this month's patch botches.

The latest Windows 10 revision is nearly two months late and Microsoft STILL fugs it up! SHEESH!!

Especially modern video games on pcs and consoles. Operating systems are no different.

A message came today when I brought up the Windows Update page.

The Windows 10 May 2020 Update is on its way. We’re offering this update to compatible devices, but your device isn’t quite ready for it. Once your device is ready, you’ll see the update available on this page. There’s nothing you need to do at this time.
Click to expand...

MS must be worried about bad publicity.

Under the blurb above there's a button to click labeled Learn More. It takes you to a bug page for Windows 10 1909 by mistake!

I got the exact same message too.

OK that Learn More button now takes you to the bug page for Windows 10 2004.

Another week has passed with no changes on the bug page. I don't even get the message from post #5 above on my laptop, which has a Sandy Bridge processor (my desktop has an Ivy Bridge processor).

This is strange. I just got the invite to update to 2004 on my old Sandy Bridge laptop. This makes no sense. My desktop with the Ivy Bridge is still in "not ready yet" limbo. Yet the laptop has a lot more IO to support: touchpad, WiFi, WWAN, and so forth.

Well I went ahead and installed 2004 on the laptop. Took a long time - an hour and a half - for the upgrade to finish. At 100 MBs the actual download didn't take long but the "install" took forever.

So far so good. I can open and edit files in various formats. There are no yellow triangles in the Device Manager.

It's 20 days past release for 2004. My desktop is still "not ready". That list of a dozen issues isn't really helpful since MS doesn't say which issue is the problem with any given computer. My desktop doesn't have a VRR display, nor bluetooth, nor a Thunderbolt dock, nor an Nvidia GPU. I checked my audio drivers and they aren't in the "bad range". What exactly is the problem?

My attempted "upgrade" caused my Windows settings to be totally inaccessible. Numerous failed attempts to restore my system without losing anything eventually led me to doing a PC reset, which caused me to lose all of my non Windows 10 apps and settings.

Let's just say I'm not too anxious to make another attempt at a 2004 version "upgrade" at the moment! I accessed my newly restored Windows settings, and deferred any further Windows updates for the maximum 2 weeks that their Home Edition setup allows.

EDIT: It turns out the 2004 version update isn't among the ones that Microsoft currently considers an essential one as the previous 1909 build will continue to have their support for awhile yet. While I still find what happened in my attempt to update with the 2004 version somewhat unnerving, it is a relief to know that there's no hurry for me to try and upgrade to that version again anytime soon.
Last edited: Jun 16, 2020

I usually wait until the "expiry time" of the version I am currently using. Meaning when microsoft isn't putting as much effort into patches and/or starts charging for "extended" service on my current version.

I pulled out my "closet" desktop, an archaic Intel Wolfdale Core 2 Duo Dell. Rather than recycle it I take it out of the closet every few months and run updates on it. I keep it around in case my other machines break and I have to get online to buy repair parts.

It was updated to Win 10 1909 a few months back. I ran updates on it which took a while. Then I checked again. It downloaded three drivers - so fast I couldn't write down the specs - and then posted the invite to Win 10 2004. What the heck?

Well that was interesting. The upgrade to 2004 took a couple of hours for the closet desktop. It shocked me how long it took.

What's strange is that 2004 appears to be a much more efficient OS than 1903 and 1909 were. The latter two really dragged running on the Wolfdale processor, even with 8 GB of memory. Up until 2004 each iteration of Win 10 got slower.

I haven't found any problems with running under 2004 at this time.

Maybe I wasn't imagining things on my closet desktop.

I don't really understand the details, only that some memory management changes make Chromium based browsers use less memory.

I guess I got tired of waiting. None of the issues on the MS Win 10 2004 "bug list" apply to me. I don't have a VRR monitor, bluetooth installed, etc. I checked every single item.

So I downloaded the "Windows 10 update assistant". Using it I bypassed the block. It didn't take long and I now have Win 10 2004 up and running on my i5 Ivy Bridge desktop. I've been testing it and find no problems. There are no yellow-triangles warning on Device Manager.

I like to bite the bullet and keep my systems current. I just buy vanilla Dell boxes and they seem to have fewer issues, e.g. drivers, than systems people put together from random parts. I've never had a problem with Win 10 updates thus far.

Plus I want a heads up when my system will no longer work with future updates. MS gives you 18 months now on each version before they stop supporting it with security upgrades. When my system won't take an update it will be time to start shopping for another cheap used system. Until then my Dell 3010 appears to be a solid desktop.
Last edited: Jun 18, 2020

So far so good. I'd put off buying a memory upgrade until I knew I'd have at least 18 months life on my Dell 3010. I ordered up a 16 GB upgrade and it arrived today. Dell only guarantees the 3010 will take 8 GB but lots of people in the Dell forum claim 16 GB works just fine. It uses the H61 express chipset which should handle 16 GB. It appears to work just fine. I ran the shorter Windows memory test on it. Later tonight I'll run the much more extensive BIOS HW tests.

OK so it's about 3 weeks into the desktop running 2004. No issues that I've seen. And my 3010 appears happy running with 16 GB of memory, Dell's support claims of not working with more than 8 GB notwithstanding.

Dennis: a question since you seem to keep track of these things so closely.

My wife's laptop updated its Windows this morning. In my absence, she was hit with a number of screens explaining the update and all the wonderful things it will do for her. She had to click through them to access her work.

One of those screens caught her attention. It said it would allow her to "connect her phone to her computer." So she entered her phone number into the screen and it sent her the following text message to her phone: I'm just a little wary about all this--having not seen the actual screens which prompted the text message. I'm assuming its all up-and-up on Microsoft's part (as "up-and-up as anything MS does is)--and not some elaborate phishing scam by a third party. Peg would like being able to easily access images on her phone via her laptop. This is why she went ahead and entered her phone number.

For the record, her laptop this morning says:

I believe she just clicked through all the other screens that were presented to her.
You must log in or register to reply here.

Use PS4 controller with Windows 10 PC?