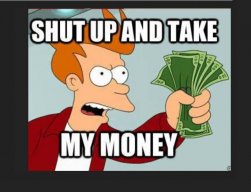 I have a windows 7 pc that I have been using for working at home during this time. I saw that I could upgrade to windows 10 for free. I am most concerned about the security patches Im missing keeping Windows 7. The computer works fine otherwise. These are the Microsoft recommendation for minimums.

Am I going to be able to do this and it work ok? Im thinking that I will start from scratch with Windows 10 if yall think it will work.

That config looks like a really old computer from a decade ago or so.

I would be inclined to just buy a new computer altogether, than to upgrade the operating system.

Your right about that.. Just looked it up Copyright 2009. Are you saying that if I did it, you dont think the computer would be able to handle it for general internet browsing and the occasional work video/meeting?

Hard to say without actually running win10 on ancient hardware.

I know my old desktop from 2009-2010, could just barely even play 1080p hd quality video without dropping frames.

For general stuff, it might still be ok if you're not doing anything resource intensive. Though for old hardware, there's the issue of things like hard drive failure or the power supply abruptly dying.
Reactions: Mredwards

As a rough guide, I usually just buy a new computer about every 5 years or so. Even if my main current computer is still perfectly functional with no major problems.

Mredwards said:
Your right about that.. Just looked it up Copyright 2009. Are you saying that if I did it, you dont think the computer would be able to handle it for general internet browsing and the occasional work video/meeting?
Click to expand...

I think Dell has a site where you can run a WIN10 compatibility test or at least you can check their IT recommendations.

I think your computer would handle Win10 fine, but it's possible the BIOS and other older drivers may not have a direct Win 10 compat. I've got one laptop with less specs (2011-2012) than that one and it upgraded to 10 without a problem. Only a couple very old software programs would run on it, but that was more an issue with moving from 32 bit to 64 bit.

If you are only going use it for basic non video intensive activity anyway I'm not sure where it would fail
The Video conferencing Might be an issue, but you're probably going to have that problem with Win 7 too.

If it's a computer you really don;t mind experimenting with I don't think you've got much to lose. At worst just reload Win 7 and go on with it and use it as a backup or emergency computer. The Win10 Security by itself would make me do it. You might even be surprised how well it works for basic stuff.

If it's going to be a more serious long term work computer -- like your job and income depends on it -- then get something newer.
Last edited: May 19, 2020
Reactions: Mredwards

Your current system will work fine with Win10, and will likely perform better than Win7 on the same hardware. It usually has a smaller footprint on the drive. Since you're starting "from scratch" (I'm assuming you mean a clean install) upgrade your HD to SSD, if possible, and you'll see a nice bump in performance. SSDs the size of your current drive are inexpensive. That'll be more noticeable than upgrading RAM, and Win10 runs just fine with 4GB, although more is better. Keep the original drive as a 2nd drive for storing files and things that don't "need" that improvement in speed/access. Plus you can then keep it as a backup in case things go horribly wrong with the Win10 install (unlikely - it's one of the easiest OS installs MS has ever released). You should be able to eek out another couple of years of life by doing the upgrade.

The biggest issue with the older Dell systems is the power supply. They use a proprietary PS so you can't just run to the local computer store should it fail.

BUT - like David indicated, if this is a computer you depend on for job/income you'll do better to purchase a newer system and keep this one for playing with.
Reactions: Todd Erwin, John Dirk and Mredwards

My Dell Latitude e6420 laptop runs Windows 10 just fine. But it has an i5 Sandy Bridge processor, not a i3 Sandy Bridge like yours. Original ship date December 2012. I added another 4 GB of RAM to give it 8 GB total. Win 10 ran better with the increased RAM.

Mine was originally shipped with Win 7 32 bit. I bought it refurb, which came with a new license to Win 10 32 bit. I upgraded it to Win 10 64 bit since MS lets you swap 32 bit to 64 bit with the same license at no extra charge.
Last edited: May 19, 2020
Expand signature
Feline videophiles Dukie and Maggie

Thanks guys for all the help and advice.
I have my files backing up currently and going to give it a go to 10. Ill see how it does then upgrade RAM etc. based off your advice as needed. Im going with the clean slate install because I barely have any personal files on this computer and there is no telling what drivers and programs I have installed over the years. Hopefully I can eck by a few more years. Ill let yall know how it goes.

IIUC you can't do a clean install the first time. You have to "upgrade" first, because MS checks your Win 7 license info. Then after Win 10 is first installed you can THEN perform a second, clean install.
Expand signature
Feline videophiles Dukie and Maggie
Reactions: Mredwards

I seem to remember being able to use the WIN 7 key as proof at some point, but it's been a couple years since I did the last one

Well, here's a question. My PC has Windows 8.1 and my laptop has Windows 7. Maybe someone can PM with how to make my systems more compatible with what is new for my systems.

Also, both come with Internet Explorer

Thanks in advance for your info.

John
Expand signature
...retired at last...and Ray Harryhausen at my side!!!

I'm not sure if I understand your question. Do you want to upgrade individual hardware components, or upgrade to Win 10 (for free)?
Expand signature
Feline videophiles Dukie and Maggie

Thanks all for the help and advice! Yall saved me $400 hard earned dollars!
I got the computer up and running on 10. It is working just fine. I haven't done any video meetings yet but I have seen no difference in the normal performance from when it was running 7. My next step is to create the recovery disk and wipe it back to factory settings to delete all my files and driver etc I don't use anymore. Even on the fresh start all of my files came back.

If you find the PC running slow after the upgrade, you could try a fresh install to an SSD (solid state drive). I've been eyeing a PNY 120Gb drive that's been selling for under $25. You could also try Linux Mint, which is very Windows 7 in appearance and runs great on older machines.
You must log in or register to reply here.
Share:
Facebook Twitter Reddit Pinterest Tumblr WhatsApp Email Link