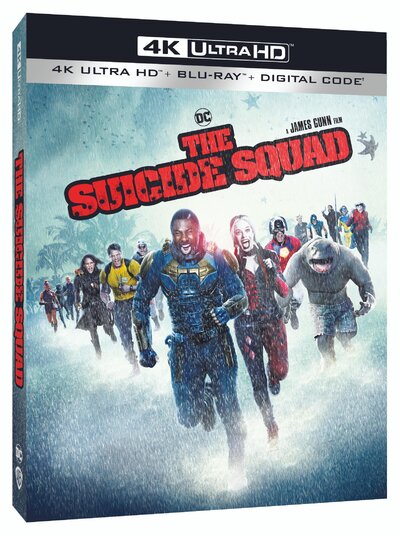 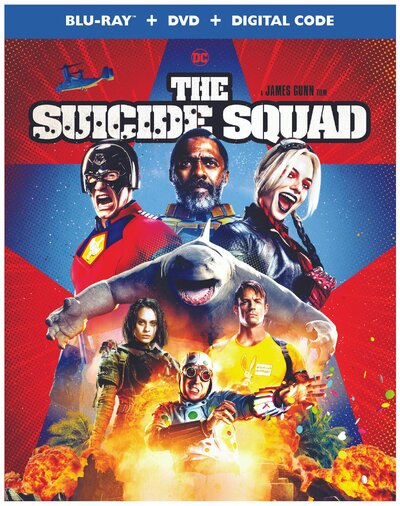 ​
Burbank, CA, September 8 – Witness the collection of the most degenerate delinquents in the DC lineup when “The Suicide Squad” arrives for Premium Digital Ownership at home on September 17. The film is directed by James Gunn (the “Guardian of Galaxy” films) from his own screenplay and stars Margot Robbie (“Birds of Prey,” “Bombshell”), Idris Elba (“Avengers: Infinity War”), John Cena (“Bumblebee”), Joel Kinnaman (“Suicide Squad”), and Jai Courtney (the “Divergent” franchise). The film will also be available on 4K, Blu-ray and DVD beginning on October 26.

Welcome to hell—a.k.a. Belle Reve, the prison with the highest mortality rate in the US of A. Where the worst Super-Villains are kept and where they will do anything to get out—even join the super-secret, super-shady Task Force X. Today’s do-or-die assignment? Assemble a collection of cons, including Bloodsport, Peacemaker, Captain Boomerang, Ratcatcher 2, Savant, King Shark, Blackguard, Javelin and everyone’s favorite psycho, Harley Quinn. Then arm them heavily and drop them (literally) on the remote, enemy-infused island of Corto Maltese. Trekking through a jungle teeming with militant adversaries and guerrilla forces at every turn, the Squad is on a search-and-destroy mission with only Colonel Rick Flag on the ground to make them behave…and Amanda Waller’s government techies in their ears, tracking their every movement. And as always, one wrong move and they’re dead (whether at the hands of their opponents, a teammate, or Waller herself). If anyone’s laying down bets, the smart money is against them—all of them.

​
Movies Anywhere is a digital movie platform that enables movie fans to discover, access, and watch their favorite digital movies in one place. Movies Anywhere brings together a library of nearly 7,500 digital movies from Sony Pictures, Twentieth Century Fox Film, The Walt Disney Studios (including Disney, Pixar, Marvel Studios and Lucasfilm), Universal Pictures (including DreamWorks and Illumination Entertainment) and Warner Bros., and will continue to expand the consumer experience as more content providers, digital retailers and platforms are added. By connecting participating digital retailers that include Amazon Prime Video, FandangoNOW, Google Play, iTunes and Vudu, movie fans can now bring together their digital movie collections (whether purchased or redeemed) in one place and enjoy them from the comfort of their living rooms, and across multiple devices and platforms, including Amazon Fire devices; Android devices and Android TV; Apple TV; Chromecast; iPhone, iPad and iPod touch; Roku® devices and popular browsers. Movie fans can also redeem digital codes found in eligible Blu-ray and DVD disc packages from participating studios and enjoy them through Movies Anywhere. Movies Anywhere – your movies, together at last.

Rating: Rated R for strong violence and gore, language throughout, some sexual references, drug use and brief graphic nudity

​
About “The Suicide Squad”

The film is directed by James Gunn (the “Guardian of Galaxy” films) from his own screenplay and produced by Charles Roven and Peter Safran, with Zack Snyder, Deborah Snyder, Walter Hamada, Chantal Nong Vo, Nikolas Korda and Richard Suckle executive producing.