Press Release WHV Press Release: The Conjuring 3: The Devil Made Me Do It (4k UHD) (Blu-ray) (1 Viewer)

“The darkest and scariest of the Conjuring movies.” 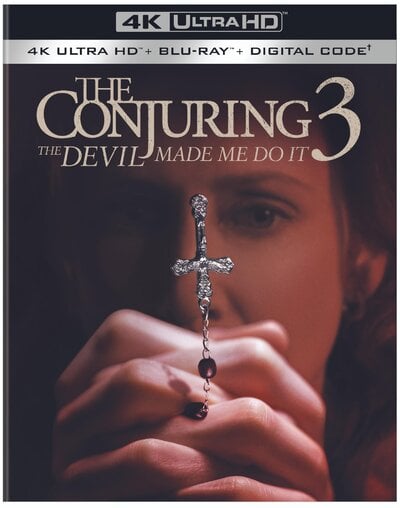 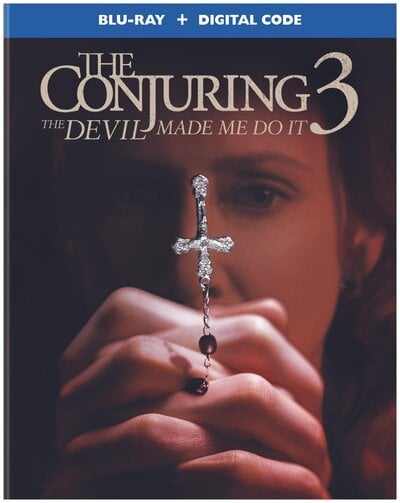 The Conjuring: The Devil Made Me Do It

​
Burbank, CA, July 6 – Witness the chilling terror and unknown evil when “The Conjuring: The Devil Made Me Do It” arrives for Premium Digital Ownership at home on July 23. The film is directed by Michael Chaves (“The Curse of La Llorona”) and stars Vera Farmiga (“Annabelle Comes Home,” TV’s “Bates Motel”) and Patrick Wilson (“Annabelle Comes Home,” “The Nun”). The film will also be available on 4K, Blu-ray and DVD beginning on August 24.

“The Conjuring: The Devil Made Me Do It” was produced by James Wan and Peter Safran, who have collaborated on all the “Conjuring” Universe films. The film also stars Ruairi O’Connor (Starz’ “The Spanish Princess”), Sarah Catherine Hook (Hulu’s “Monsterland”) and Julian Hilliard (Wandavision, TV’s “Penny Dreadful: City of Angels” and “The Haunting of Hill House”).

“The Conjuring: The Devil Made Me Do It” will also be available on Movies Anywhere. Using the free Movies Anywhere app and website, consumers can access all their eligible movies by connecting their Movies Anywhere account with their participating digital retailer accounts.

“The Conjuring: The Devil Made Me Do It” reveals a chilling story of terror, murder and unknown evil that shocked even experienced real-life paranormal investigators Ed and Lorraine Warren. One of the most sensational cases from their files, it starts with a fight for the soul of a young boy, then takes them beyond anything they’d ever seen before, to mark the first time in U.S. history that a murder suspect would claim demonic possession as a defense.

“The Conjuring: The Devil Made Me Do It” 4K UHD combo pack and Blu-ray contain the following special features:

“The Conjuring: The Devil Made Me Do It” DVD contains the following special feature:

​
Movies Anywhere is a digital movie platform that enables movie fans to discover, access, and watch their favorite digital movies in one place. Movies Anywhere brings together a library of nearly 7,500 digital movies from Sony Pictures, Twentieth Century Fox Film, The Walt Disney Studios (including Disney, Pixar, Marvel Studios and Lucasfilm), Universal Pictures (including DreamWorks and Illumination Entertainment) and Warner Bros., and will continue to expand the consumer experience as more content providers, digital retailers and platforms are added. By connecting participating digital retailers that include Amazon Prime Video, FandangoNOW, Google Play, iTunes and Vudu, movie fans can now bring together their digital movie collections (whether purchased or redeemed) in one place and enjoy them from the comfort of their living rooms, and across multiple devices and platforms, including Amazon Fire devices; Android devices and Android TV; Apple TV; Chromecast; iPhone, iPad and iPod touch; Roku® devices and popular browsers. Movie fans can also redeem digital codes found in eligible Blu-ray and DVD disc packages from participating studios and enjoy them through Movies Anywhere. Movies Anywhere – your movies, together at last.

Rating: Rated R for terror, violence, and some disturbing images.