“Classic in every sense of the word” 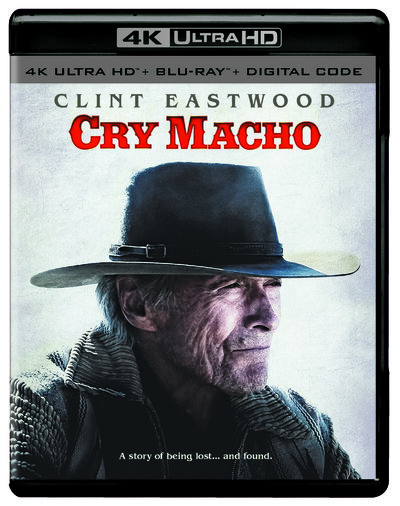 On November 5, “Cry Macho” will be available for early Premium Digital Ownership at home for $24.99 and for 48-hour rental via PVOD for $19.99 SRP on participating digital platforms where you purchase movies.

​
In 1979, Mike Milo (Clint Eastwood), a one-time rodeo star and washed-up horse breeder, takes a job from an ex-boss (Dwight Yoakam) to bring the man’s young son (Eduardo Minett) home from Mexico. Forced to take the backroads on their way to Texas, the unlikely pair faces an unexpectedly challenging journey, during which the world-weary horseman finds unexpected connections and his own sense of redemption.

I'll be getting this, even though I didn't think it was up to Richard Jewel or The Mule. But every time Clint's latest gets a UHD release from Warner, I sigh a little and just wish they'd remaster and release some more of his earlier, classic output on UHD. So many great films. Many of them do not look so nice projected now. And a new remaster of the UHD of Unforgiven, which is really too dark to watch projected.