This is great news, but unfortunatly they're skipping an episode "Elephant Issues" due to the contorverisal content of its last segment "One Beer". Hopefully some of people here who know the bisghots at Warner Home Video can convince to release that episode, even on a later Tiny Toons DVD release.
J 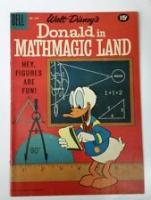 I understand why they don't want to include that particular episode, but what if they put it as a hidden easter egg in the menu where you can choose closed captioning, language, and all that stuff. I doubt many kids and parents hit up that menu that often.
T

I have contacted WB about "Elephant Issues" on behalf of all the fans.
IF YOU WANT TO HAVE YOUR SAY AT WB ABOUT HOW MUCH YOU WANT "ELEPHANT ISSUES" ON THE NEW TINY TOONS DVD YOU CAN CONTACT THEM HERE http://www.warnerbros.com/help/customer-service.html
T

ME & MY FIANCÉ CONTACTED WB ABOUT THE MISSING EPISODE "ELEPHANT ISSUES" ON THE UPCOMING RELEASE OF TTA VOLUME 3. WE ALSO SPREAD THE WORD AROUND OUR FAN CLUBS & FORUMS AND IT HAS FINALLY BEEN ANNOUNCED THAT THEY'VE DECIDED TO INCLUDE THE EPISODE. http://www.tvshowsondvd.com/news/Tiny-Toon-Adventures-missing-episode-included/17575

WITH THE RELEASE OF

From Executive Producer Steven Spielberg, Tiny Toon Adventures is the entertaining, animated series that spawned a whole new generation of madcap Looney Tunes characters including Buster Bunny, Babs Bunny,Plucky Duck, Hamton J. Pig, among others. The characters reside in Acme Acres and are enrolled at Acme Looniversity, where they are schooled under the wise (guy) guidance of veteran toon legends such as Bugs Bunny, Yosemite Sam, Elmer Fudd and others in hopes of graduating with a "Diploma of Lunacy."

Those wacky kids at Acme Looniversity are at it again! There’s never a dull moment at this prestigeous learning institution with all the zany antics the Tiny Toon Adventures gang has in store. In Hog-Wild Hamton, Plucky Duck throws a rollicking party when Hamton’s parents go out of town but the bash soon gets out of control. Elmyra’s doll Babette comes to life and Plucky Duck competes with Babs Bunny to get the most photos in the class year book on Toon Physics. In Acme Cable TV, Babs and Buster Bunny turn into couch potatoes after a bout with the Taiwan flu forces them to stay home with nothing to do but watch Acme Cable TV all day. Plucky Duck stars in a hilarious parody of Thor Heyerdahl’s expedition on Kon-Tiki in Kon Ducki. Sepulveda Boulevard features a clever spoof of the classic film Sunset Blvd. starring Elmyra as a washed-up cartoon star hoping to make her comeback. These and several other entertaining episodes are featured on the set.

“Tiny Toon Adventures is a clever, witty and beautifully animated series that has entertained fans for decades,” said Mary Ellen Thomas, Vice President Family & Animation Marketing and Partner Brands. She added, “These cartoons have successfully captured the essense of classic Looney Tunes with their memorable characters and clever storylines but have added a twist with great new characters and storylines. They offer something for viewers of every age. Tiny Toon Adventures fans have eagerly awaited the release of additional volumes of the series and we’re delighted to bring them this new release. If you’re a fan of exceptional animation, this is a must-have title for your home enterainment library.”

About Warner Bros. Animation
Warner Bros. Animation (WBA) is one of the leading producers of animation in the entertainment industry, with an innovative and talent-rich roster boasting some of the most accomplished writers, producers and artists working today. The studio is on the cutting edge of animation technology and has both CG and traditionally animated projects in current production and development. For TV, WBA produces series such as Green Lantern: The Animated Series, The Looney Tunes Show, MAD, Scooby-Doo! Mystery Incorporated,ThunderCats and Young Justice, for Cartoon Network. WBA will also produce series and additional original content for Cartoon Network’s multiplatform branded DC Nation programming block, which debuts in 2012. In addition to TV series, WBA produces theatrically released CG cartoon shorts featuring iconic Looney Tunes characters, rendered in stereoscopic 3D. The first three shorts premiered in 2010, the most recent short — I Tawt I Taw a Puddy Tat — was released in November 2011, and two additional cartoons will debut in 2012. WBA also creates the highly successful series of DC Universe Original Animated Movies for DVD. Producing for multiple platforms including TV, digital and home entertainment both domestically and internationally, WBA is highly respected for its creative and technical excellence, as well as for maintaining the Studio’s rich cartoon heritage. It is also the home of the iconic animated characters from the DC Comics, Hanna-Barbera, MGM and Looney Tunes libraries. One of the most-honored animation studios in history, WBA has been honored with six Academy Awards®, 35 Emmy® Awards, the George Foster Peabody Award, an Environmental Media Award, a Parents’ Choice Award, the HUMANITAS Prize, two Prism Awards and 20 Annie Awards (honoring excellence in animation).