This prequel to the long-running Predator franchise turns back the clock to the early 18th century, as Comanche warriors and French fur trappers find a fearsome Predator in their midst.

Why? The period setting and Native American protagonist are interesting novelties, but what makes this prequel really shine is a return to basics: human ferocity and ingenuity against an apex predator. The movie strips away anything that would get in the way of that elemental, primal conflict. We see why the Predator is so fearsome, and we see the ways in which the humans attempt to level the playing field.

More of my thoughts (which may contain spoilers) are available here.

Today was a revisit of Paul Thomas Anderson's 2017 film Phantom Thread. This is a meticulously crafted film set in London of the 1950s. The film concerns fashion designer Reynolds Woodcock (Daniel Day-Lewis) and how his life is turned upside down by his interaction with his muse Alma (Vicky Krieps). The film has strains of Hitchcock, particularly in terms of how it deals with obsession and control. While the film could be considered deliberate in its pacing, it has flourishes that come unexpectedly.

A lot of the attraction for me is the skill that went into making the film. It features Academy Award winning costuming by Mark Bridges and a wonderful piano score by Johnny Greenwood. Anderson's direction and cinematography are both assured. It is a wonderful film to look at both in terms of production design and cinematography. The craft that went into making the film, and the attention to detail, make it feel akin to a Stanley Kubrick production. Particularly in the sense that many of the shots in the film could be turned into paintings.

The principal actors, Daniel Day-Lewis, Vicky Krieps, and Lesley Manville (Cyril - Reynold's sister and head of the household) all turn in excellent performances under the direction of Anderson. It is one of those films where the elegance of the enterprise is its own property that enhances and embodies every frame of the feature. Simply beautiful to experience.

Highly recommended for those willing to explore something a little different. Why Not? This morality play feels old-fashioned, and not in a good way. The characters are all paper thin, and all act unfailingly according to their one-note natures. There are a handful of good performances, but I never bought into the reality of the story enough to get emotionally invested in the characters nor the outcome.

My thoughts (which may contain spoilers) are available here.

we watched a couple of Rock Hudson movies this week:

Battle Hymn is directed by Douglas Sirk, but this one falls a little short of the great Sirk/Hudson films. It's based on a true story with Hudson playing Dean Hess, a minister and Air Force pilot who is haunted by the accidental bombing of an orphage in WW2 but still goes off to Korea to train pilots during that war. We both liked it, but it never felt like it completely came together. In the commentary track, Nick Pinkerton calls out a couple of things that may have kept the film from being what it could have been. Sirk was limited in what he could do because the real Dean Hess had some control over how he was portrayed plus Sirk was off set recuperating from an injury for parts of the film. Hudson doesn't seem quite right for the role, and Sirk thought Robert Stack would have been better. It ends up being one of those films that, while worth watching at least once, leaves me feeling like it could have been much more.

We both preferred Come September which is a frothy rom-com in which Hudson plays a wealthy businessman who comes to his Italian villa for one month out of the year. Gina Lollobrigida plays Hudson's often neglected Italian girlfriend. When Hudson arrives early and finds that his villa is being run as a hotel for 11 months of the year, things get crazy. Bobby Darin and Sandra Dee have major roles, and Joel Grey appears in a supporting role. There's not a lot of substance here, but there are a lot of laughs and some beautiful shots of Italy. I have a soft spot for this sort of movie from the 1950s and 60s where the European scenery is as important as the plot, so this was right up my alley.
T On What? How weird you like your movie experience. I don't even know what genre to classify this as. The closest movie that comes to mind is Tremors. 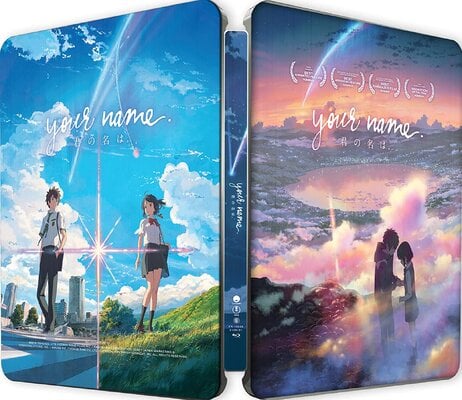 While there was some very good animation I didn't care for Disney adding the LGBTQ into a family film. Even without that being added the movie was average IMHO. At this point currently not planning on adding this to my library. Somehow it's been ten years since I last saw Life of Pi in the theater in 3D. I got the blu-ray when it came out, but didn't get around to unwrapping it until a few days ago. My daughter wanted to see a movie, and so it was her first time. I still like this movie quite a bit. The twist at the end still works for me, and it worked for my daughter too. Felt like a gift I gave myself a decade ago and finally opened. benbess said:
Somehow it's been ten years since I last saw Life of Pi in the theater in 3D. I got the blu-ray when it came out, but didn't get around to unwrapping it until a few days ago. My daughter wanted to see a movie, and so it was her first time. I still like this movie quite a bit. The twist at the end still works for me, and it worked for my daughter too. Felt like a gift I gave myself a decade ago and finally opened.

I would list this as one of the stupidest movies ever made after seeing it on the theatre, (along with “Everyone and Everything At Once”). Somehow I ended up with the 3D Blu ray. I watched this at home and found the 3D so outstanding that it completely redeemed the movie for me. I knew how it ended this time also, and that made it more palatable for me.
Last edited: Aug 16, 2022
T

Stand and deliever,it's one of the greatest classroom movies of all time,stars edward james olmos,and lou diamond phillips,it's an all time classic,the movie is about a los angeles teacher who teaches calculus,is an all time classic.almost 25 years later.it aged very well. the sisterhood of the traveling pants,a very popular family/teen movie from the 2000's,that has been with us ever since,this movie is about four devoted friends who is enjoying the perfect summer,truly a movie for everybody. mostly teens,it never goes away. and this movie is no exception. Wednesday at 9:51 AM
Capt D McMars