Keith Cobby said:
First viewing of The Peking Medallion aka The Corrupt Ones aka Die Holle Von Macao. I really liked this Bondesque adventure with Robert Stack, Elke Sommer and Nancy Kwan. Pleasantly surprised by the quality of the German blu ray.
Click to expand...

Thank you for that. I saw The Peking Medallion when it first came out. I don't remember anything about it but since then I've become a fan of Robert Stack so I'm interested to see it again. I'll buy this disc.

The Last Sunset is an odd one. The cast is great -- Kirk Douglas, Rock Hudson, Dorothy Malone, Joseph Cotten -- and it's an ambitious film that feels something like a Greek tragedy. It never seems to quite live up to those ambitions, however. In the commentary track, Nick Pinkerton talks about how Aldrich was frustrated by the experience of making this film, and maybe that has something to do with why I came away a little frustrated myself. It's a good western that could have been a great western.

We watched Ulzana's Raid not long ago, but it's well worth repeated viewings. Burt Lancaster plays an army scout and Bruce Davison is the young lieutenant leading a small cavalry unit in pursuit of an Apache raiding party lead by Ulzana. It's a terrific film -- exciting, suspenseful, sometimes shocking and with layers of complexity.

My sister was over for mothers day and had not seen it so watched Jungle Cruise again. Tonight was Choose or Die streamed from NetFlix. Strange movie!! 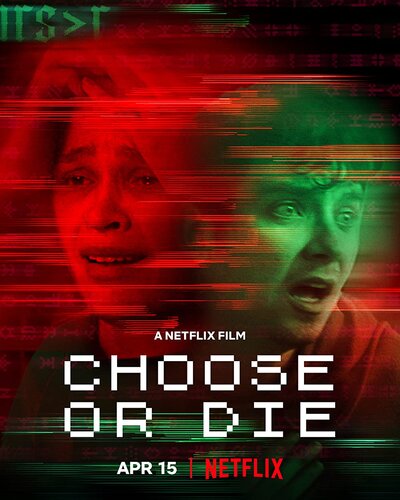 Screen shot from the stream. The Money Trap (1965) - first time viewing (Prime) of this routine bad cop crime film. It's a 'B' film (may be further along in the alphabet!) but with an 'A' list cast (Glenn Ford, Joseph Cotton, and an almost unrecognisable Rita Hayworth). Possibly the most inept burglary I've seen and it really goes without saying that everyone has done much better work elsewhere. The image quality (except for a few bits of what I thought were stock) is excellent.

Keith Cobby said:
The Money Trap (1965) - first time viewing (Prime) of this routine bad cop crime film. It's a 'B' film (may be further along in the alphabet!) but with an 'A' list cast (Glenn Ford, Joseph Cotton, and an almost unrecognisable Rita Hayworth). Possibly the most inept burglary I've seen and it really goes without saying that everyone has done much better work elsewhere. The image quality (except for a few bits of what I thought were stock) is excellent.
Click to expand...

It's one of my regrets that when this film was released on the - then new - DVD-R format by Warner Archive, I didn't buy it. I think there was some criticism of the picture quality. I'm now hoping it will come out on Blu-ray disc.

Incidentally, you forgot to mention Elke Sommer in that 'A' list cast.

Robin9 said:
It's one of my regrets that when this film was released on the - then new - DVD-R format by Warner Archive, I didn't buy it. I think there was some criticism of the picture quality. I'm now hoping it will come out on Blu-ray disc.

You are quite right. Elke Sommer is actually the reason I watched it. Having viewed the Peking Medallion and Deadlier than the Male (great film, firm favourite) this week, I was looking at her discography to see which films I hadn't seen and The Money Trap popped up!

Incidentally, my introduction to Elke was Carry on Behind, the Carry On films being shown unremittingly on British tv over the decades. Obviously now I consider it to be a terrible film!

The Film Foundation premiere streaming of their 4K restoration of The Archers' I Know Where I'm Going! The BFI used the nitrate OCN and nitrate 35mm prints to achieve an incredible result.
Stunning. Period. One of my favorite films. A litmus test.
The blacks are truly black, showing off the stunning cinematography. The sound has been restored as well, so that one can actually hear and understand the dialogue.
Anyone who downplays a 4K restoration on a mid-'40s B&W film...
BTW, this was a one-day only event.

Today it's The Adventures of Robin Hood, a great looking blu ray which presumably is an early candidate for 4k release. I watched a British B feature last night: Solo For Sparrow which has Michael Caine in a supporting role. It also has Nadja Regin who had tiny parts in both From Russia With Love and Goldfinger.

The X-Files: Fight the Future - I liked the early seasons of The X-Files and this first feature still holds up well. Yesterday I suddenly had an urge to watch a film I hadn't thought about for years: St. Ives starring Charles Bronson and Jacqueline Bisset. It's a lightweight movie but I enjoy it, partly because it has a dazzling supporting cast including Maximilian Schell, John Houseman, Harry Guardino and Elisha Cook, billed without his Junior suffix.

I don't think director J. Lee Thompson got the best out of Jacqueline Bisset. He should have told her to speak her lines more slowly. She's given some pretty good dialog and it's interesting to speculate what Howard Hawks or Richard Fleischer might have achieved with that actress and that dialog.

The Warner DVD is good but people's faces are too red. I'm now hoping that Warner Archive give this film a new transfer and a Blu-ray disc.
Last edited: May 15, 2022 We're continuing to work our way through some of the Robert Aldrich discs that were on our to-be-watched shelf. The most recent were:

We'd seen Kiss Me Deadly before, but this was our first time working through all the extras on the Criterion release. I love the American private detective tradition, but I never warmed to Mike Hammer either in books or movies. It was interesting to see so many crime novelists whose work I've admired extolling the virtues of Mickey Spillane in the 1998 documentary Mike Hammer's Mickey Spillane. I should give those books another shot sometime. The video tribute by Alex Cox was so enthusiastic that it led me to reevaluate the film and rate it a bit higher than I had initially.

Ten Seconds to Hell was new to us, and it's a mixed bag. Some excellent suspense as a bomb disposal unit in Berlin works to dismantle unexploded bombs. But it also has some odd casting with Jeff Chandler, Jack Palance, and Wesley Addy playing former German soldiers, and there is some unnecessary and distracting voice over narration at the opening and closing. An interesting but not entirely successful effort. Why? Stephen King eerily predicted how the Roman strategy of panem et circenses could be translated to the age of broadcast television in The Running Man, his fourth novel under the pseudonym Richard Bachman. In 1987, it was very (very!) loosely adapted into this gloriously dumb and violent movie starring Arnold Schwartzengger and a deliciously evil Richard Dawson, in a pitch black satire of his usual game show persona. It feels like the quintessential version of what people think of when they think of an eighties action movie, including the cheesy, punny one liners that stop the movie in its tracks. But it's fun, and you can see how later, more serious efforts like The Hunger Games series were inspired by the staging here.

I spent my afternoon finally getting around to the London stage production of Anything Goes with Sutton Foster and Robert Lindsay which PBS presented on Great Performances over the weekend. On the whole, a big production with lots of dancing (courtesy of Kathleen Marshall). Some of the actors didn't appear quite up to their parts and barely scraped by, and some production numbers were extended to past the breaking point. It also didn't have quite the spritely pace of other productions of Anything Goes I've seen. Still, the leads were fine, and I'm glad to have it occupying space on my DVR for awhile. 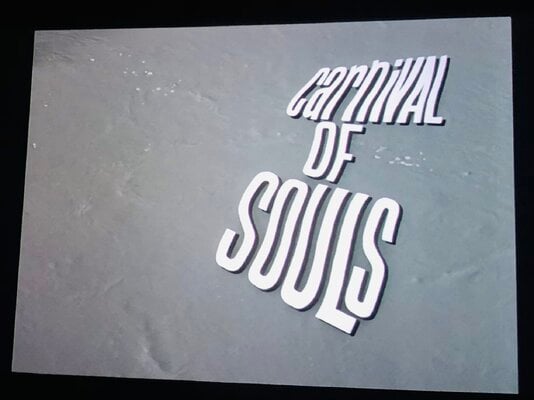