Yes, Susan Slept Here is a very good Blu-ray disc. I'll watch it again in the next few days.

Today I watched Some Came Running, another very good film on a very good disc.

Peg and I watched the latest Disney animated feature on Disney+.

My thoughts are HERE. Spoiler alert: We thought it was a stinker. Still working my way through my backlog, I watched Alias Nick Beal today; the first time I've seen this film in decades. It's a marvellously atmospheric movie and much of the film is essentially an exercise in style for which reason every aspiring young director and screenwriter should study the film carefully. I'm very pleased Kino-Lorber released this film on Blu-ray disc. My wife is recuperating from surgery. She's doing fine but doesn't have a lot of energy, so we kept her occupied with two noirish Henry Hathaway films yesterday.

The House on 92nd Street (1945) — In his commentary track, Eddie Muller makes the point that this was the first of the semi-documentary style of crime films and that it's New York City location filming predated The Naked City by several years. The story is fictionalized but based on actual FBI investigations of Nazi spy networks in the U.S. There are no major stars and actual FBI agents appear in some of the scenes. The story moves along at a brisk clip and there are some nice moments, but I would have preferred less documentary and more noir in this one.

23 Paces to Baker Street (1956) — We both liked this one a lot. Van Johnson plays a blind playwright who overhears snatches of a conversation that sounds like a crime being planned. There are obvious comparisons to Rear Window, but having the lead character be a playwright with an ear for dialog gives this a different perspective. Vera Miles and Cecil Parker are very good as Van Johnson's assistants. My brief comments can be found HERE.

We also had a little mini-"John Cusack Film Festival. We dusted off two DVDs which remain in my collection: 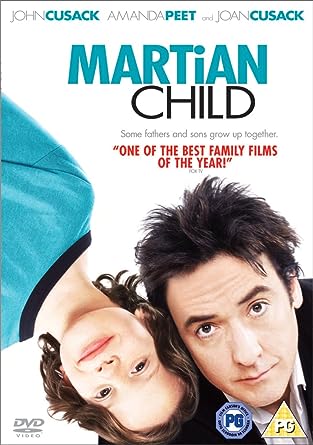 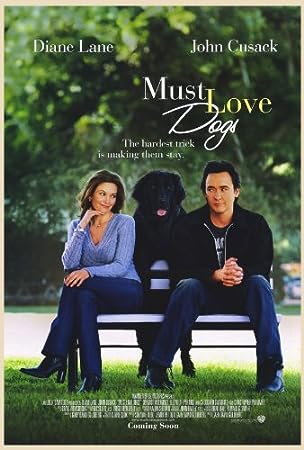 It's been a running joke in our house for years that when, trying to pick out a film to watch, I say "Being John Malkovich." Peg will say, "WHY would I want to watch that??" By reminding her of how much she likes Cusack, I may finally get my viewing of "Malkovich" with her!

Yesterday I watched The Night Has A Thousand Eyes, another film I hadn't seen for ages. Like Alias Nick Beal, it was written by Jonathan Latimer and directed by John Farrow and is an intriguing movie, full of atmosphere. Gail Russell once again demonstrated that her tragedy was also our loss.

Tonight: Harry Potter and The Goblet of Fire HAPPY NEW YEAR EVERYONE Had company over for a New Year's party, and didn't feel like going upstairs to hunt for the physical media release, so we watched my digital copy.

Why? I adore this movie, and what struck me this time around was the effort that the elders in Jojo's life -- his mother, Elsa, even Klenzendorf -- put in to preserve his innocence in a society and war determined to strip him of his innocence. And Elsa, who has been so cruelly stripped of her own innocence, finds in Jojo's indoctrinated innocence someone who doesn't pity her, is in fact a bit in awe of her.

My original thoughts from when I first saw it in theaters (which may contain spoilers) are available here.

I paused in my cruise through my backlog of new discs yesterday to re-watch a film that takes place at Christmas: Lady In The Lake. Every time I see this movie I feel that Audrey Totter is imitating Bette Davis. Jayne Meadows is excellent and I wish she had been given more opportunities in films.

In honor of Betty White, I watched The Lost Valentine last night. It was a Hallmark film, so I knew going in there was going to be some kind of thorny road-to-love story with her youthful co-stars Jennifer Love Hewitt and Sean Faris. But Betty’s side of the story was very moving, very emotional, and she fully deserved her SAG Best Actress nomination for this TV film.

We watched a couple of Frank Borzage films on Criterion blu-rays over the last few days.

History is Made at Night (1937) — Jean Arthur plays the estranged wife of an insanely jealous shipping magnate (Colin Clive) who is rescued from a difficult situation by a charming Frenchman (Charles Boyer). We both liked this, but I enjoyed it more than my wife. She wanted it to be more of the romantic comedy it appeared to be in some early moments. I thought the shifting tone — romance, comedy, drama, thriller — was much like life itself.

Moonrise (1948) — There's a lot to admire in this odd film. Dane Clark plays a young man whose father was hanged for murder, and the film explores how the town treated the boy and how that in turn shaped his character. There are some fascinating supporting characters; I particularly liked Allyn Joslyn as the southern sheriff who is played against the stereotype. However, the crux of the story rests on the romance between Clark and Gail Russell which I found utterly unconvincing. I needed more exploration of Russell's character to sell me on the romance. Having recently watched two films directed by John Farrow and written by Jonathan Latimer, I decided yesterday to watch a third film they made together, The Big Clock, a justly celebrated thriller. It was interesting to note that many of the actors were also cast members in the previous two movies: George Macready, Richard Webb, Philip Van Zandt, Margaret Field, Douglas Spencer and Erno Verebes.

The Blu-ray disc of The Big Clock is excellent. Foward into the Past: 50s Sci-Fi Kids shows for restoration...and Beyond!!!