Adam: I reacted to your second (spoilerized) point with sympathy for both characters. But it sure didn't seem like either one was very traumatized by that event by the end of the film.

It was a very disappointing thing to see what--to me--amounted to a rather sit-com-like premise with nothing but a series of poor choices made by the protagonists (and their peers) and some contrived conveniences like misplaced cell phones (and ones that conveniently die at just the necessary time.

I sound like an old man but the film just came off like an attempt to cram as much sex, drugs, alcohol and teen angst into a film but without any interesting reason for doing so.

Mike Frezon said:
Peg and I went into this knowing it was a longshot, but tonight we watched: But, we had heard so many good things about this film, that we figured that even though we weren't its target audience, it would be a smart, funny film. We did NOT find it to be so. In fact, there was hardly anything redeeming about the film outside of Kaitlyn Dever. A real waste of time for us.
Click to expand...

It fell flat for me too, but I figured I should give it a second chance sometime.

Mike Frezon said:
I sound like an old man but the film just came off like an attempt to cram as much sex, drugs, alcohol and teen angst into a film but without any interesting reason for doing so.
Click to expand...

In fairness, there have been a ton of films over the years guilty of the same thing. I think part of why the movie got so much traction is that it was one of the first times that nerdy girls got to be the protagonists in this genre.

A big part of what hurt the movie for me was that I really didn't like Beanie Feldstein's character, who was overbearing toward Kaitlyn Dever's character the entire movie. I realize that was the point, the conflict driving their story that needed to be resolved, but it didn't make it any more enjoyable to watch for me.
Reactions: Robert Crawford

Adam Lenhardt said:
In fairness, there have been a ton of films over the years guilty of the same thing. I think part of why the movie got so much traction is that it was one of the first times that nerdy girls got to be the protagonists in this genre.
Click to expand...

10 Things I Hate About You. That’s an example of what Booksmart should have been.

JohnRice said:
10 Things I Hate About You. That’s an example of what Booksmart should have been.
Click to expand...

I like both movies, but, your point is well taken that "10 Things I Hate About You" is better.

Ludwig (Arrow Academy BD) 1973. Visconti's epic account of the Mad King's life was severely cut upon its initial release in the USA (that's when I saw it). This BD afforded me the opportunity to see the full theatrical version for the first time in all its fascinating glory and spectacle. The BD also includes the TV version, also in 2.35 ratio, which is longer. I will watch at some point in the future. The acting is superb throughout. In 1973 I knew nothing about Wagner and his music; now I'm steeped in it and the world of opera. It made me sympathize with the king's madness.
Laila (Flicker Alley DVD) 1929. "The crowning achievement of Norwegian silent cinema." And it probably is. Filmed in natural locations during the four seasons, the actors mingled with Sami extras and told the story of beautiful and spirited Laila who is promised to one Sami but falls in love with a Norwegian trader. There are many excitingly filmed set pieces and the film itself never lags. It's an excellent film.
Reactions: Jeff Flugel A not so great looking Blu-ray: 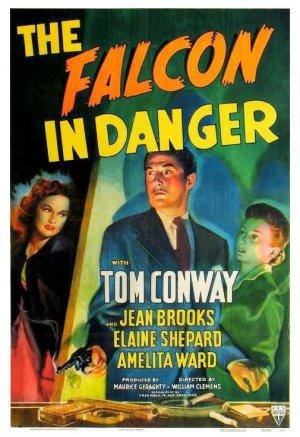 And now another in our series of The Falcon. A pretty good outing and mystery. Three lovely ladies but Goldie was absent this trip. A breezy hour and 10, well worth the ride.
Last edited: May 28, 2020
Reactions: Jeff Flugel, Toronto Argonauts and Bert Greene

Mystery of the Wax Museum (WA BD) 1933. It's really never looked this good since I saw the nitrate print at MoMA in 1973. Absolutely stunning and a prime example of Curtiz's mastery of the medium.
Brannigan (TT BD) 1975. John Wayne in England. Blessed with a great supporting cast, including the inimitable Richard Attenborough, and a plot involving double and triple crosses. And a great donnybrook.
The New Centurions (TT BD) 1972. Richard Fleischer directed from a Stirling Silliphant script derived from a Joseph Wambaugh bestseller. Headlined by George C. Scott and Stacy Keach, a story of street cops that is episodic and somber. Eschews super cops heroics.
La grande bouffe (Arrow BD) 1973. A quartet of friends meet in a palatial home over the weekend with the express purpose of gorging themselves to death with exquisite food and wines. Sex on the side. A scatological satire of consumerism, everything in excess, beyond need, in an orgy of farts and shit, simulated sex, frontal nudity, Marcello Mastroianni's rear end and other tidbits. Salo, and The Cook, the Thief, the Wife and Her Lover come to mind. Originally rated an X in the USA. Not for the faint of heart. But it's funny (and disgusting).
The Seven-Ups (TT BD) 1973. A high-octane cop story with more than a connection to The French Connection. Great car chase that the trailer gives away (stupid). Watch it for the thrills.
Reactions: Jeff Flugel and Robin9

Tomorrow I might watch The Day The Earth Caught Fire. That's been in my in-tray for far too long.
Reactions: Jeff Flugel and bujaki noticed a downward spiral, after a bunch of noir's then raging alcoholism ( Days of Wine and Roses) i needed something a little more life affirming . Father and Son bonding, and overcoming insurmountable odds; So i jumped the gun and knocked out an early "Father's Day" run over the last two days. The bonus feature on the third disc is so much better than i remember it from 40 years ago, with and without the dub when i ditched a college class to see it, and the rest of the extras are outstanding. 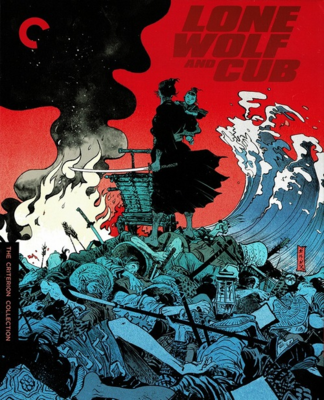 makes one wonder why the didn't continue the series, but what an outstanding presentation
Reactions: Jeff Flugel, bujaki and Mysto One of my all time favorite musicals. I was feeling a bit down today, with all of the grim news lately piling up on my psyche. Most of Hedwig's story is one nearly unfathomable misfortune after another, and yet she is transcendent -- overcoming both the obstacles in her path and her own failings and shortcomings. And John Cameron Mitchell is a force of nature in the title role.

This was my first time watching the Criterion Blu-ray of the film, and I have mixed feelings about it.

It was made on an extremely low budget for a studio picture, especially given that there are some pretty ambitious set pieces in some of the musical numbers. Accordingly, the movie's always had a pretty grungy feel to it. O Brother, Where Art Thou? only came out several months earlier, and the idea of a digital intermediate was still a novel concept. For its theatrical release, it was color timed photochemically at a lab.

When the movie was scanned in at 4K and remastered, writer/director/star John Cameron Mitchell and cinematographer Frank G. DeMarco took the opportunity to put the film through the digital color grading process, resulting in a significantly different look to many scenes. The result compensates for many of the issues that resulted from the movie's low budget origins but at the cost of some of the film's authenticity. In general, the image is brighter than it was previously, and quite a few scenes now fall into the teal-orange trap that plagues so many modern films. But the level of detail, especially given how grainy the film is and has always been, is pretty extraordinary at times.

It's definitely the best I've ever seen the film look, and doubtless more closely adheres to the filmmakers' intentions given their involvement in approving this transfer, but I kind of miss the rougher and earthier look from before.

Yesterday was Jean-Pierre Léaud's birthday. As he is one of France's great actors, I decided to celebrate it with a double feature:
The 400 Blows (Criterion BD) 1959. Jean-Pierre Léaud's and Truffaut's extraordinary film debuts. A film that I first saw as a young teen in the mid '60s on TV in 'Scope!, and I was transfixed. I've loved it ever since. And the kid is a marvel, as is the final freeze, then a shocker, now so commonplace. Truly a film for the ages.
The Death of Louis XIV (Cinema Guild BD) 2016. Jean-Pierre Léaud at the twilight of his career and at the height of his powers. A quiet, slow film documenting the slow and painful death of the monarch, the fruitless efforts to save him, the mistakes that accelerated his demise, and nothing else. Powerfully anchored by Léaud's tautly controlled acting as the dying monarch.
Dillinger Is Dead (Criterion DVD) 1969. My second Ferreri film in successive evenings, both starring the great Michel Piccoli who died earlier this month. This film has Piccoli acting in front of the camera, practically in pantomime, for most of the film. A study in alienation, modern man's loss of virility, guns, violence and escape into oblivion. This film is a reaction to the events of 1968. You had to have been there to realize the importance of that earth-shaking year.

Tomorrow I might watch The Day The Earth Caught Fire. That's been in my in-tray for far too long.
Click to expand...

I looked this movie up and it is on iTunes but only for rent and it sounds like a interesting movie but is not even in HD.

Dave Moritz said:
I looked this movie up and it is on iTunes but only for rent and it sounds like a interesting movie but is not even in HD.
Click to expand...

Yeah, I have the 2014 UK BFI Blu-ray which is probably what Robin is going to watch.
Reactions: Dave Moritz
You must log in or register to reply here.