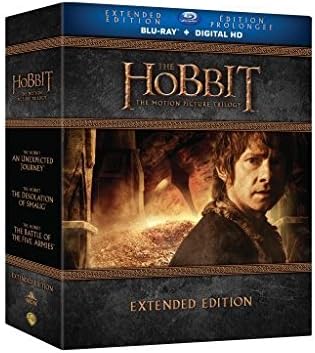 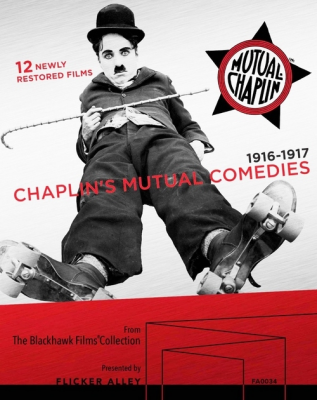 Quote:Welles, Kubrick, Hitchcock, Spielberg, Jackson, Wood ?? a true Auteur should be one who follows his artistic vision
Save A Life https://www.baybeaglerescue.org/Home_Page.php
Reactions: bujaki, Dave Moritz, Toronto Argonauts and 1 other person

Those Mutual comedies are among the greatest short films ever made. Inventive, hilarious, inspired, treasurable.
Reactions: dana martin and Mysto

Matt Hough said:
Those Mutual comedies are among the greatest short films ever made. Inventive, hilarious, inspired, treasurable.
Click to expand...

over a full century old, and still able to evoke a full on belly laugh, hell half of what passes for comedy now, doesn't even get that kind of reaction as often

tonight the final 4 shorts, and possibly the two Doc, all in 1080p
Expand signature
Playing at the Drive In

Marketa Lazarova (Criterion BD) 1967. One word: Stunning! Unforgettable images, music, milieu. A world in transition between paganism and christianity. Voted best Czech film ever. It might just be.
Arabian Nights (Criterion BD) 1974. Pasolini's final installment in his Trilogy of Life. Tales within tales leading to a happy ending. Plenty of nudity. Definitely NC-17 and most enjoyable.
Once upon a Time in Anatolia (Cinema Guild BD Zone Free) 2011. A long night's journey into day. A police investigation searching for a body in a beautifully shot countryside. The killers are fuzzy about the location of the victim. While searching, the D.A., the police chief, the M.D., all discuss their lives and telling details come to the surface. So do some details about the murder. Nothing, of course, is resolved, since the film ends during the autopsy, which reveals further disturbing details. A slow, methodical film which yields its rewards in the perceptive observations of human nature. I've seen several of this director's (Nuri Bilge Ceylan) films, and I highly recommend his work. This film won the Grand Prize at the Cannes Film Festival. Tonight
The Desolation of Smaug

I've already dug a hole for myself (and Peg) with some negative reviews of a few films we've watched recently.

And I feel like I'm just using an extra long shovel with this one now.

But Peg and I just watched this...and neither one of us had any idea what Greta Gerwig was thinking. 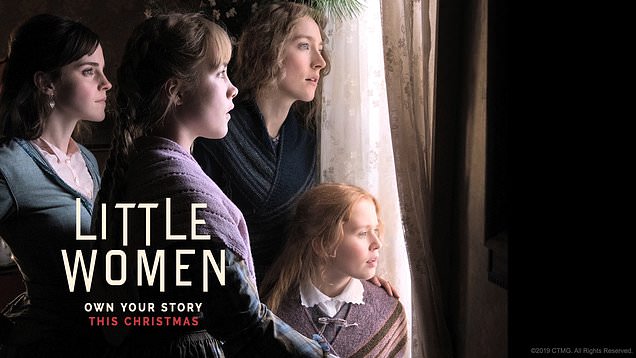 The cast was great (although neither one of liked Chalamet as Lorrie). And the images were beautiful and there was a lot to like, but having seen all the other film versions of this story, we just could not fathom why she went non-linear in telling the story. It was jarring and confusing. I'd have to figure that anyone who was unfamiliar with the story before seeing this movie would be left wondering what the heck just happened.

There was even one point when I asked Peg, "did I miss the explanation of why Amy was with Aunt March in Europe rather than Jo? Because I don't remember hearing it explained." About 20 minutes later there was a flashback to Meg's wedding in which that particular plot line was explained.

Like I said, even being familiar with the story left us scratching our heads over "what's going on?" Yet I guess we are in the minority based on how many raves I've read about this film. Those raves made us excited to see yet another version.
Expand signature
There's Jessie the yodeling cowgirl. Bullseye, he's Woody's horse. Pete the old prospector. And, Woody, the man himself.Of course, it's time for Woody's RoundUp. He's the very best! He's the rootinest, tootinest cowboy in the wild, wild west!

I received a large haul from Network in the UK (19 titles) so I sampled 5 titles last night, in order of historical production:
A Romance of Seville (Zone B BD) Released as a silent in 1929 with sequences in Pathecolor. Re-released in 1930 with a musical soundtrack, no color sequences (now lost), and running about 61 minutes. Well photographed by Claude Friese-Greene, scenario by Alma Reville. Attractive cast, some derring-do. A minor historical footnote.
Elstree Calling (Region 2 PAL DVD) 1930. The Show of Shows, Hollywood Revue of 1929, Paramount on Parade, etc., of Great Britain. A footnote in Hitchcock's career who directed the connecting vignettes between numbers. Some numbers were shot in the Pathecolor system, and they are intact here. Some of the sketches are fun; some are deplorable (a trio of Yanks who have a singing and tap-dancing act in horrific blackface, the worst I have ever seen!). Another minor footnote in film history for lovers of nostalgia.
Rome Express (Zone B BD) 1932. The first bona fide good film in the bunch. Fast-moving thriller, the daddy of future thrillers such as The Lady Vanishes, Night Train to Munich, Murder on the Orient Express. A motley group of characters traveling to Rome, some for illicit romance, some for purloined goods, some for fame. Quite good and the cast is excellent, headed by Conrad Veidt in his first British film. Also starring Esther Ralston and Hugh Williams.
The Ghoul (Zone B BD) 1933. The Karloff jewel that almost was. Lost for many years and now beautifully restored. An amalgam of The Mummy and The Old Dark House with wonderful Ernest Thesiger, a creepy Cedric Hardwicke and a droll, early appearance by Ralph Richardson. Alfred Junge works his magic with A+ art direction. A most enjoyable entry in the early horror history outside Universal.
On Secret Service aka Spy 77 (Zone B BD) 1933. A remake of a German film from the same year (banned by the Nazis, is it lost?). The German actor appears in both versions. He is somewhat taciturn in this one. Greta Nissen looks positively glamorous in gorgeous gowns. There is little action, but the payoff is good and quite dark. This transfer is from the only extant nitrate print.
Reactions: Robin9, Mysto and Bert Greene

Tonight I will complete the Trilogy with :
THE BATTLE OF THE FIVE ARMIES

Mike Frezon said:
I've already dug a hole for myself (and Peg) with some negative reviews of a few films we've watched recently.
Click to expand...

I have no idea what you're talking about.

The Dog in the Dentist Chair -- the new book by Peggy Frezon
Reactions: Toronto Argonauts, dana martin and Dave Moritz

The Poor Little Rich Girl (Milestone Zone Free BD) 1917. Maurice Tourneur's visual eye for lighting and composition lift this Mary Pickford vehicle, already buoyed by her perceptive performance as the titular girl. A National Film Registry inductee.
Continuing with my survey of Network Zone B or Region 2 PAL DVDs:
Mimi (BD) 1935. Of interest to fans of Gertrude Lawrence, Douglas Fairbanks, Jr., and Puccini. The first two were romantically involved at the time of production. The latter's music is sometimes heard in the soundtrack; Gertie sings a new number unrelated to Puccini.
Poison Pen (BD) 1939. Did Clouzot (or Louis Chavance, the scenario writer) watch this movie? A series of anonymous letters wreaks havoc in a small English community. A small film with a great Flora Robson and a young and impressive Ann Todd. Many other actors are given a chance to shine in this gripping tale. Yes, the ending is obvious today, but maybe it wasn't in 1939.
The Angel with the Trumpet (BD) 1950. Multi-generational Austrian saga begins in 1888 and ends, presumably, right after WW 2. This is a straight remake of an Austrian 1948 film which uses some of the same actors (Maria Schell and Oskar Werner, as well as footage). It is an interesting film which becomes more involving as time goes by. The title of the film refers to the logo of the family firm as piano manufacturers going back to Mozart's time.
The Dancing Years (DVD) 1950. Ivor Novello's 1939 operetta comes to the screen in Technicolor but missing its third act (quite similar to the third act of The Sound of Music which opened 20 years later). It's beyond me that Harold French was nominated as Best Director in Venice for this effort, but there it is. For fans of Novello.

Tonight it's Harry Potter and
The Sorcerer's Stone The Hoodlum (Milestone BD) 1919. No, it's not Mary Pickford playing in a gangster movie. This is a very good movie, directed by Sidney Franklin, in which Pickford plays a spoiled, rich girl who decides on a whim to relocate with her father to a slum. The slum is populated with all ethnic (some stereotypical) types, and the location is superbly realized. Pickford learns about life and, as her character changes, her performance reflects this with assurance. She is totally believable. Recommended.
One Fatal Hour (TCM) 1936. Originally released as Two against the World by Warner Bros., this remake of Five Star Final starring Humphrey Bogart is not bad as cheap remakes go. Bogart is given a lead role 5 years before High Sierra and he acquits himself well. Why didn't the studio see his potential? This print is edited and I guess we'll never see the full version.
Ramona (Milestone BD) 1910. DW Griffith and Mary Pickford. Beautiful local scenery. First version of the classic story told in 17 minutes. Pickford learned to act better for the cinema in short order.
There Goes the Bride (Network Region 2 PAL DVD) 1932. Written by Kevin Koster's grandfather, Henry Koster, and featuring a delightful Jessie Matthews, this charming farce, which predates It Happened One Night by two years, uses many of the same tropes of the more famous film. No matter. This one stands on its own two feet. It's fleet and brief, and never outstays its welcome. Very enjoyable. Watch it @Kevin EK, if you haven't yet. Today I watched The Snake Pit starring Olivia De Havilland at her very best. The picture quality on the Blu-ray disc is excellent.
Reactions: Toronto Argonauts and Robert Crawford

Tonight The Chamber Of Secrets

On the TCM app: