What are you playing right now?

I wrapped up South Park the Fractured But Whole over the weekend. Not as fulfilling as Stick of Truth, there's a one liner in game about having a short development cycle, and I'm not a big fan of turn based tactics combat but overall it had enough jokes and what not going for it to hold my interest. The Camp DLC was maybe better than the rest of the game.

Taking October off for the scary movie challenge, plan on starting Witcher 3 at some point in november.

I finished The Legend of Zelda: The Wind Waker HD for the Wii U a couple of evenings ago. I played through this on the GameCube back when it was new and enjoyed it, but I think I liked it even more the second time around. It's a very good game and my favorite HD remaster yet.

My biggest complaint the first time around was that the threat of dying was basically non-existent since enemies do so little damage. That was fixed up very nicely with the optional Hero Mode that ups the damage done and removes heart drops. I also love that the Wind Waker instrument, which is often needed, is now conveniently mapped to the d-pad instead of being a regular inventory item. And while I didn't mind the Triforce shard quest or sailing back in 2003, the former has been heavily streamlined here and the optional Swiftsail really speeds up sailing.

That said, I do have some minor quibbles. The game locked up once, I wasn't a big fan of the new bloom lighting (I like the bright saturated look of the original), and sometimes I couldn't navigate my inventory with my Pro Controller until I switched to the map screen and back again with my shoulder buttons (User error probably, but not sure what I was doing wrong).

My one real complaint was that the chest opening animation wasn't able to be skipped. You open more chests in a full playthrough of Wind Waker than perhaps every Zelda game added together other than Breath of the Wild. It was really starting to get on my nerves by the end after recovering hundreds of chests from the ocean during the game.
Last edited: Oct 10, 2019
Reactions: Bryan^H

Leo, you're reminding me I need to go back and finish Wind Waker HD when I get the chance. That's a game I keep starting and stopping, then starting over.

This week I'm playing Luigi's Mansion 3, which is great so far. Lots to do in terms of exploration and collecting. The game also runs really well. The ScareScraper (which also in Luigi's Mansion: Dark Moon for the 3DS) is one of the most fun multiplayer modes I've played on a Nintendo system.

I finished Control and was more satisfied with the ending than I expected to be (based on the reviews). There's also DLC coming which will flesh it out. I finished all main and side missions and loved the game, but I think its checkpoint system was too punishing. The game subtracts experience points when you die (like Dying Light), which is fair enough, but then you also have to wait through a long load screen and backtrack to most large fights (often 20-30 seconds of running down empty corridors). Having boss fights punctuated by a few minutes of brainlessness really made some of the more difficult encounters feel downright sadistic.

Anyone else here curious about Death Stranding? Reviews are all over the place. Some people loved it, others found it so boring and/or distasteful they had to quit. I've never seen so many reviewers get turned off enough to give up and leave the game unfinished. I'm intrigued by the negative reviews. They describe an experience that does sound boring (walking across landscapes doing fetch quests for hours, punctuated by enigmatic CGI)... but I'll admit, as someone fond of those "boring" Truck Simulator games, the idea of an exploration/delivery game is not the worst thing I can imagine...
Reactions: LeoA

^^^ I'm playing it as well (PC Version). The game is huge. I'll be playing for years. I've only played gwent a couple of times and the last time I lost so I really don't get that game apparently. I need to google it to see the best strategy.

Gary Seven said:
^^^ I'm playing it as well (PC Version). The game is huge. I'll be playing for years. I've only played gwent a couple of times and the last time I lost so I really don't get that game apparently. I need to google it to see the best strategy.
Click to expand...

I had to google a guide to figure it out since I've never played a collectable card game. Once you get your head around it, it's surprisingly fun. There's a trophy attached to getting all the qwent cards, but the last thing I expect to do with this game is get all the trophies. There's just so much to do.

I hope Bethesda pays attention to this one while they make the new Elder Scrolls. I'm yet to encounter a "fetch quest". Even when it's something like "kill the monster", there's so much story to take in and things to do, decisions to make, that really makes this one feel closer a detective game. A friend at worked asked me what it was like, and I joked "Skyrim Noir".

I rented Star Wars Jedi Fallen Order from red box last night and got to sit down for a bit this morning to try it out. I’ve only been playing story mode for a couple of hours but had to turn it off just now because there are storms rolling through my area and I don’t want to risk hosing up the HDD in my PS4 when the power inevitably goes out multiple times. It’s an ok game but nothing special and I have played much better Star Wars games in the past. The controls are a bit convoluted and could have been made much simpler, however developers think you need to always use all 15 buttons on a controller all the time for everything. My first impression is it’s not worth the $60 asking price. Maybe if I was really bored and found it on sale for $15-$20 but there’s no way I would pay $60 for it.

I'm in even deeper on Witcher III. Can't stop thinking about it. Good lord. I'm never playing another game. This is my life now.

I liked Knights of the Old Republic (beat it on PC) and The Force Unleashed II (beat it on Wii).

Last weekend I picked up a used copy of GTA V on PS4 and I’m having hella fun with it.

I'm in even deeper on Witcher III. Can't stop thinking about it. Good lord. I'm never playing another game. This is my life now.
Click to expand...

LOL!!! Yep, I'll be playing this game for the next year or two. I started over and got a better handle on Gwent. I and am going to try to get all the Grwent cards now. Not really my genre but the game is quite good and I am now into it.

Monster Super League on techbigs with more than 550 types of Astromon.

I just finished Zelda BoTW. Been playing it since Thanksgiving 2018. Time for my third game on the Switch.

I thought I was going to get Diablo 3. But I don’t want to jump into another year-long, $60 game. So, I bought the $17 GRIS. It looks like it might be Journey-esque as an experience.

After that, I may try Untitled Goose Game or The Gardens Between, to spend time enjoying smaller $20 games.

I tried goose game and it just didn't do it for me. I am very much enjoying snacking on A Plague Tale tho, same price point and much meatier.
Reactions: DaveF

Just got back into Octopath Traveler for the Switch. IS it possible to love, and hate a game at the same time?

- The "Octo" characters with their sad back stories

- The difficulty spike from nothing enemies too waaay too tough boss battles (Grind to get much stronger first?)

- The characters minor, and major word bubbles would have been nice to have a illustration of the characters you are encountering. Face to the name to give more depth, instead almost feel like a text only game...with combat

My wife and I plowed through Untitled Goose Game when it came out. She's not really a gamer but enjoys more fun/silly stuff (used to play things like Mario Kart on the Nintendo 64). We loved the game and got our money's worth out of it.

I just finished tearing through a few games in a row. Cuphead, Ori and the Blind Forest, and Gris (all on Switch). I got about 2/3 through Bayonetta 2 on Wii U (bought it when it came out but only played through Bayonetta 1) a couple weeks ago and I'm just so bored of the game so it's been hard to get back into it, especially since it's on the Wii U which means the old long process to start up the console and get into a game taking like 5-10 minutes when I only have ~30 min to play. I'm debating what I'll play next, but I have a bunch of games on Switch and PS4/PSVR waiting.
Reactions: Bryan^H and DaveF

I bought and finished Gris. It’s a lovely experience game, a la Journey. Maybe 5 hrs to play. Recommended if you like that sort of thing. It was what I needed.

Also, it motivated me to figure out how to get screenshots from my Switch. 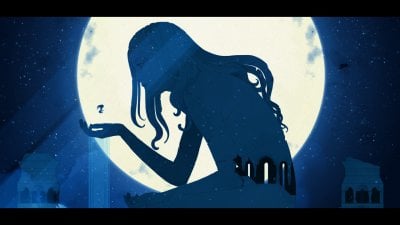 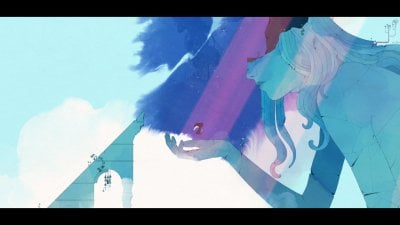 Next up, either Dead Cells or Goose. I want to play Cuphead because it’s gorgeous. But everything I’ve read is it’s brutally hard, and I don’t have the attention to succeed at serious platforming these days.
Reactions: Bryan^H

I played through Gris a few weeks ago and also highly recommend it, it was great!

Cuphead is really hard, but there is an "easy" mode for all of the bosses. The final boss...situation...is pretty hard and took me a few tries. While I did really enjoy the game, it boils down to a series of boss fights and a handful of sidescrolling levels. It's a really tiny game.

Right now, I'm playing through Kentucky Route Zero. I just started Act III. (The game has five Acts with 4 interstitial pieces.) It's an incredibly unique game and obliterates the line between games and art.

I bought Death Stranding when it hit $35. Interesting so far. Weird tho.
Reactions: Bryan^H
You must log in or register to reply here.