“A quirky horror comedy. It has plenty of gore and violence for horror hounds, but also a surrealist heart.” ~ Fred Topel, UNITED PRESS INTERNATIONAL 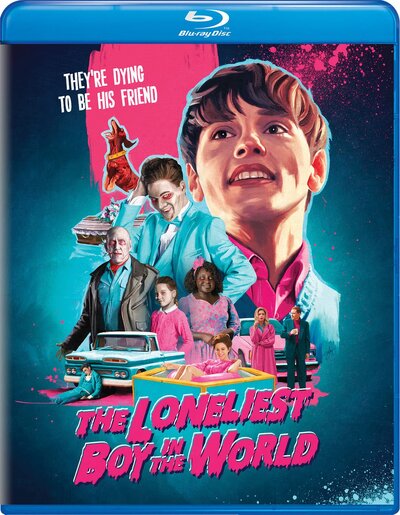 Synopsis:
THE LONELIEST BOY IN THE WORLD is billed as a modern fairytale—except with zombies. When the sheltered and unsocialized Oliver is tasked with making new friends after the sudden and devastating death of his mother, he decides that digging a few up (literally) might be his best bet. However, when he awakens the morning after his excavating escapades, he discovers that his newly acquired friends have mysteriously come to life overnight, launching them all into a series of misadventures as they try to keep their secret safe from neighbors, classmates and social workers alike.


​
THE LONELIEST BOY IN THE WORLD has a runtime of approximately 90 minutes and is rated R for some language and violent content.