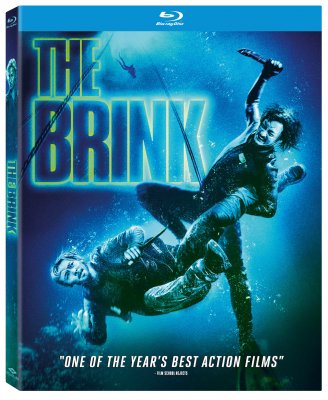 “ONE OF THE YEAR’S BEST ACTION FILMS”

“AN EXCITING THRILLER WITH A HEALTHY DOSE OF ACTION.”


PLANO, TEXAS (July 16, 2019) – The manhunt is on when a reckless police inspector embarks on a mission to crack down on a gold smuggling scheme in the action-packed thriller THE BRINK, debuting on digital, Blu-ray™ Combo Pack and DVD August 20 from Well Go USA Entertainment. The first feature film from Director Jonathan Li, THE BRINK stars rising action star Max Jin Zhang (Ip Man 3, The Grandmaster, Pacific Rim: Uprising), Shawn Yue (The Guillotines, Legend of the Fist: The Return of Chen Zhen), Yue Wu (Ip Man 4: The Finale) and Janice Man (Cold War II). Bonus features include a “Making of” featurette.


Jonathan Li was nominated as Best New Director for THE BRINK at the 2018 Hong Kong Film Awards, while Chung Chi Li was nominated for Best Action Choreography for his “impressively staged action sequences” (Screen Anarchy).

A renegade cop is on a mission to bring a shady smuggler to justice by any means necessary. When his investigation leads to a Triad mob boss and global smuggling ring, his manhunt quickly turns from local misconduct into a violent international incident. A relentless barrage of high flying action and explosive fight sequences, in this breakneck thriller, once the fists start flying, they never stop - not even underwater.


THE BRINK has a runtime of approximately 100 minutes and is not rated.