“The car chases beat anything out of Hollywood in months,
and leaping, sliding, kicking, punching Yen is a joy to watch.” ~ FILM LEGACY​ 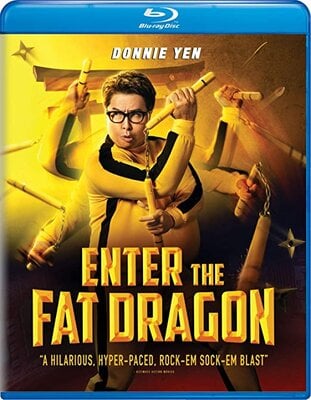 ENTER THE FAT DRAGON is a hilarious chronicle of the events that transformed super-fit super-cop Fallon Zhu (martial arts phenom Donnie Yen) into a glorified records clerk with a major snack cake habit. After a desperate request from an old colleague, Zhu teams up with a wily, wok-wielding restaurateur to solve a mysterious murder—and take his one last shot at regaining both his job and his fiancée.

ENTER THE FAT DRAGON has a runtime of approximately 97 minutes and is not rated.