“The performances are uniformly solid, especially by the two leads, and the generally low-key cinematic style keeps us in the pocket of the story.” ~ Michael Ordoña, LOS ANGELES TIMES

“Fearlessly going over the top, it crams as much action into its running time as cinematically possible, and never worries about going too far. Thank goodness.” ~ Andrea Chase, KILLER MOVIE REVIEWS 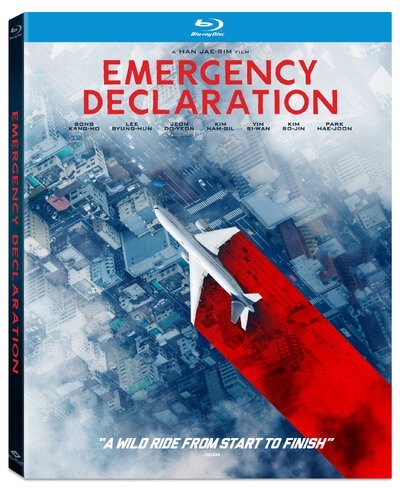 While investigating a terroristic threat that goes viral online, Korean authorities discover that a suspect has recently boarded an international flight bound for the United States. When a healthy passenger on the same flight suddenly dies a gruesome death of unknown cause, panic erupts both in-flight and on the ground. With steadily decreasing fuel and international refusals to offer aid, the captain and crew will be forced to take unprecedented emergency measures in an attempt to save the lives of their passengers.

EMERGENCY DECLARATION has a runtime of approximately 138 minutes and is not rated.​