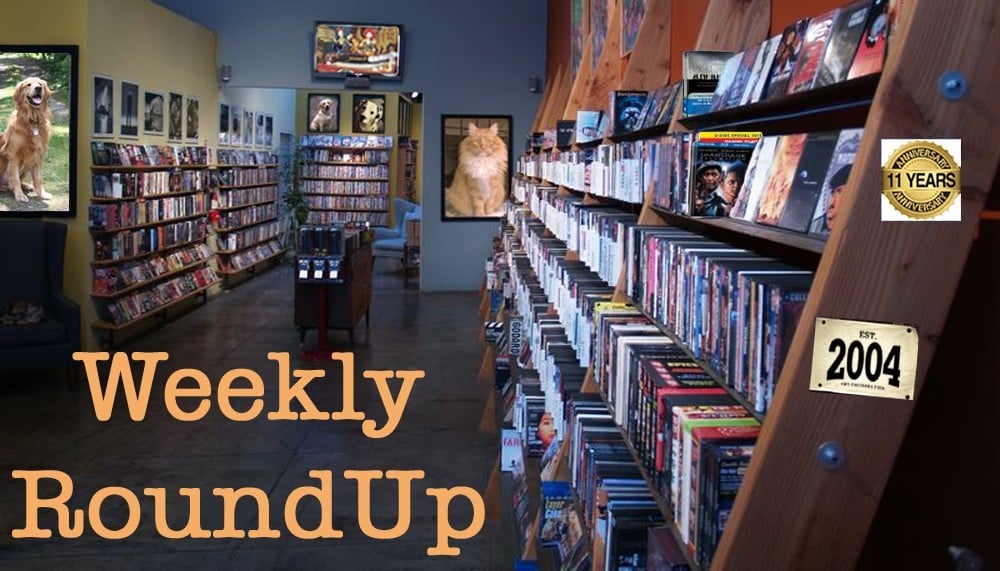 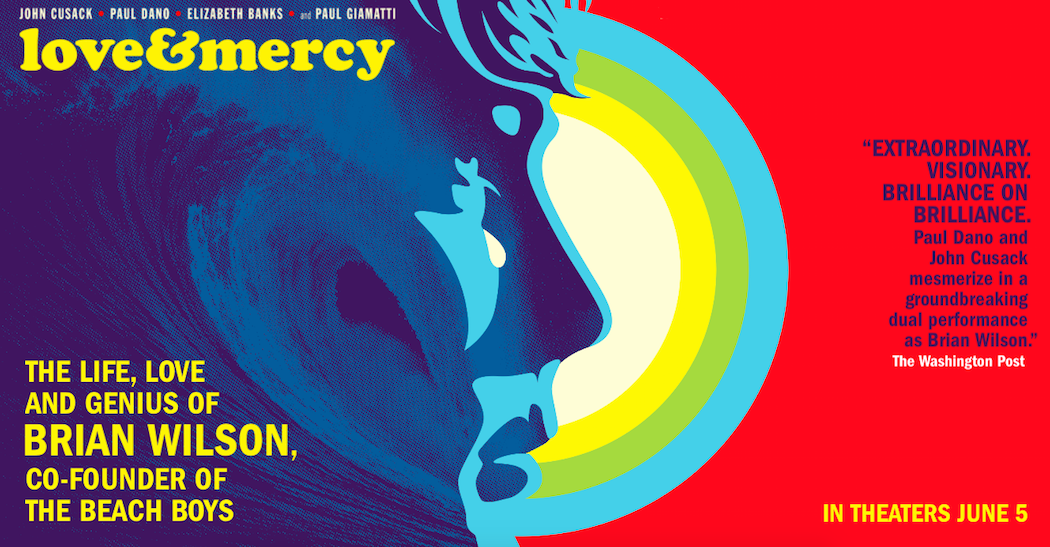 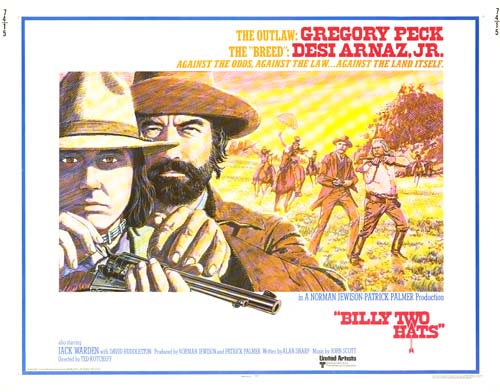 --All the James Bond titles are being re-re-re-released this week.  Amazon says they "are currently unavailable."  Best Buy has the individual Blu Bond titles for $11.99 in EXCLUSIVE STEELBOOKS (up to 9 to choose from).   I haven't researched this closely, but it looks like the only thing new about these releases is the packaging--not the transfers.  And besides the individuals titles...and the big all-encompassing collection of all the films...there are some actor-specific collections that have been grouped together.

--The following  releases are on sale this week at Best Buy:


--AND, Best Buy continues its deal to get a FREE $10 BB GIFTCARD when you spend $50 on select TV seasons or a $25 BB GIFTCAD when you spend $100.  Titles included are in this week's grid.  For additional titles visit BestBuy.com/FallTVShows.


--Target this week has an EXCLUSIVE RELEASE of Furious 7.  It includes a soundtrack sampler CD.

--And Target has 15-minutes of EXCLUSIVE BONUS CONTENT on its releases this week of Cinderella (2015).

Thanks for a nice, early RoundUp, Mike.


Usually Disney sends review materials early (see Monkey Kingdom), but I've yet to get Cinderella. I signed up to review that huge Lost in Space box months ago, but whether Fox will send it or not is another story. No word from Disney about the Marvel TV series out in exclusive sets this week either.

Thanks, Mike! I'll be getting Furious 7 at Target and Big Bang Theory at Best Buy. I'll be renting Love & Mercy. We are starting to get back to the expensive weeks.

Nothing I feel the need to own but Love & Mercy and Cinderella were both excellent.

Thanks for your work, Mike. I don't own any Bond films that don't star Daniel Craig, so I'd love that big Bond set, but $200 is more than I have at the moment, so the only movie I'll be getting this week is Love & Mercy, and that's pretty good too. I have to say that it is one of the best films I've seen this year so far (along with Inside Out and Phoenix.) With Best Buy wanting $16.99, I'll stick with my standing Amazon preorder of it. I'm not sure why they're willing to charge so much less, as the movie is certainly worth more than $12.96, but I'm certainly not complaining about getting it for such a nice price.


I saw it twice in theaters -- first as a family outing with 6 of us, which is the largest group I've ever been to the movies with, and then again a couple months later with another friend -- and it really holds up to repeat viewing. Because its total gross was only $12 million over an early summer run, I'm not really sure how much impact it will have in terms of awards season, but I hope voters remember it, because it's really an exceptionally well-made, entertaining film that succeeds in giving new perspective to Pet Sounds and Brian Wilson's other work. I can't recommend it highly enough.

Love & Mercy for $12.96 at Amazon is a bargain. One of the best movies of the year IMO, it's a must see if you have any interest at all in American popular music. The scenes showing Brian Wilson in the studio with the Wrecking Crew creating Pet Sounds are worth the price of admission on their own.


Thanks as always, Mike!

Have we gotten confirmation that Amazon only has an exclusive window on these releases, and they'll be coming to other retailers down the road?


I really want to pick up the first season of "Agent Carter" on Blu-Ray, but $37 seems steep for eight episodes.

Oh, also: anybody interested in this week's release of Empire might want to note this instant double dip from Fox, which will be arriving in November: http://www.tvshowsondvd.com/news/Empire-Season-1-Gold-Record-Edition/21518.

Cinderella and Monkey Kingdom coming this week and that'll be it. Cinderella was a massive step up from Maleficient and I'm happy to rewatch it again.

Cinderella for me--and, yes, I do mean ME. Want my man card? Come try and take it from me, punk!


I'll probably be picking up Monkey Kingdom as it was one of the kids favorites from this summer. I wasn't too aware of Love & Mercy but given the responses here I'll be adding it to the list as well.

Not to be a stickler, but the Midsomer Murders issues are SERIES 16 and 17. SETS 16 and 17 were issued several years ago. It looks like they stopped releasing the SETS at Set 25 in favor of the SERIES volumes.


The SETS were the episodes released in (roughly) chronological order, usually about 4 eps/set. The SERIES are the complete seasons (or series, as they're called in the UK). The episodes in Set 25 are the same ones as those in Series 16. This is why Series 17 says "All New Episodes". They had never been released in the Sets.

Hey guys! Thanks for the "likes" as always. Much appreciated.


Just Cinderella for me this week. It'll be a blind buy. But I've heard so many good things about it...

Larry Gelfand said:
Not to be a stickler, but the Midsomer Murders issues are SERIES 16 and 17. SETS 16 and 17 were issued several years ago. It looks like they stopped releasing the SETS at Set 25 in favor of the SERIES volumes.


The SETS were the episodes released in (roughly) chronological order, usually about 4 eps/set. The SERIES are the complete seasons (or series, as they're called in the UK). The episodes in Set 25 are the same ones as those in Series 16. This is why Series 17 says "All New Episodes". They had never been released in the Sets.
Click to expand...

That's interesting info, Larry. Thanks. I'm well aware the Brits call their seasons "series." But all the info I saw on my release lists listed these as "sets." Thanks for the clarification! Off to fix them!


I think I don't always include this program (or programme ) in the RoundUp. I don't know much about it and it gets very little discussion around here.

Mike Frezon said:
Hey guys! Thanks for the "likes" as always. Much appreciated.


Just Cinderella for me this week. It'll be a blind buy. But I've heard so many good things about it...
Click to expand...

One of the best films I've seen this year. Lily James is charming in the title role, and Cate Blanchett is brilliant as the stepmother who gives her character some needed motivation. Also--unlike the Disney's animated classic, we don't spend half the movie's precious runtime on those blasted mice!

It's worth noting that Amazon has dropped the price of Love & Mercy by a penny to $12.95 (and the DVD also dropped by the same amount to $9.95, if anyone cares about standard-def.) Mine is being "prepared for shipment" at $12.96, so it looks like I'll be receiving a one-cent refund from the pre-order price guarantee later this week.

Man, 8 bucks for Halloween 6. The non-directors cut is a terrible, terrible movie (and I mean that subjectively, compared to other slasher flicks), and I'm allllllmost tempted to drop the scratch just to see what they did to it.

I received my shipping confirmation from Amazon at 4:01pm today for Love & Mercy, which is to be delivered tomorrow via Prime. I didn't pay for one-day shipping, but it will, in effect, have to be one-day shipping to meet the release date delivery guarantee (or, really, less than a day, since Amazon is usually handled by the postal service and my mail usually arrives around 2:00 or so.) It amazes me how late Amazon can ship things and have them arrive on time.

Am I glad I preordered or what? Amazon just matched Best Buy's prices on Love & Mercy -- which means in this car that they significantly raised theirs, since they were cheaper to begin with. It's now showing $16.99 Blu and $12.99 DVD, which invalidates the grid prices.

I got my Love & Mercy Blu-ray from Amazon today and I paid $12.96 for it. I plan to watch it tomorrow.
You must log in or register to reply here.