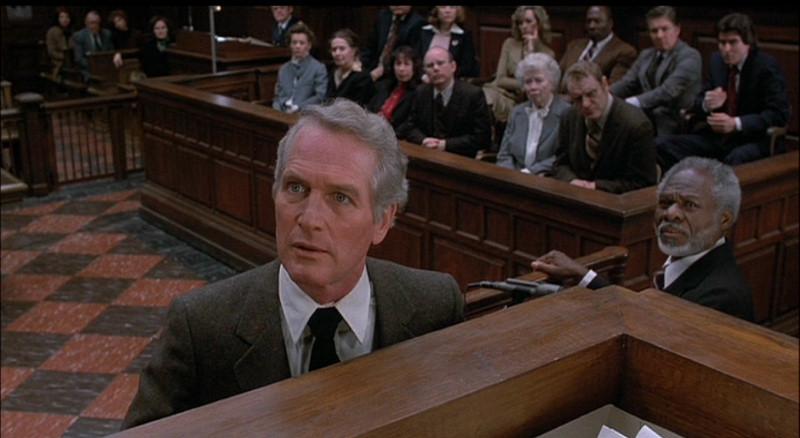 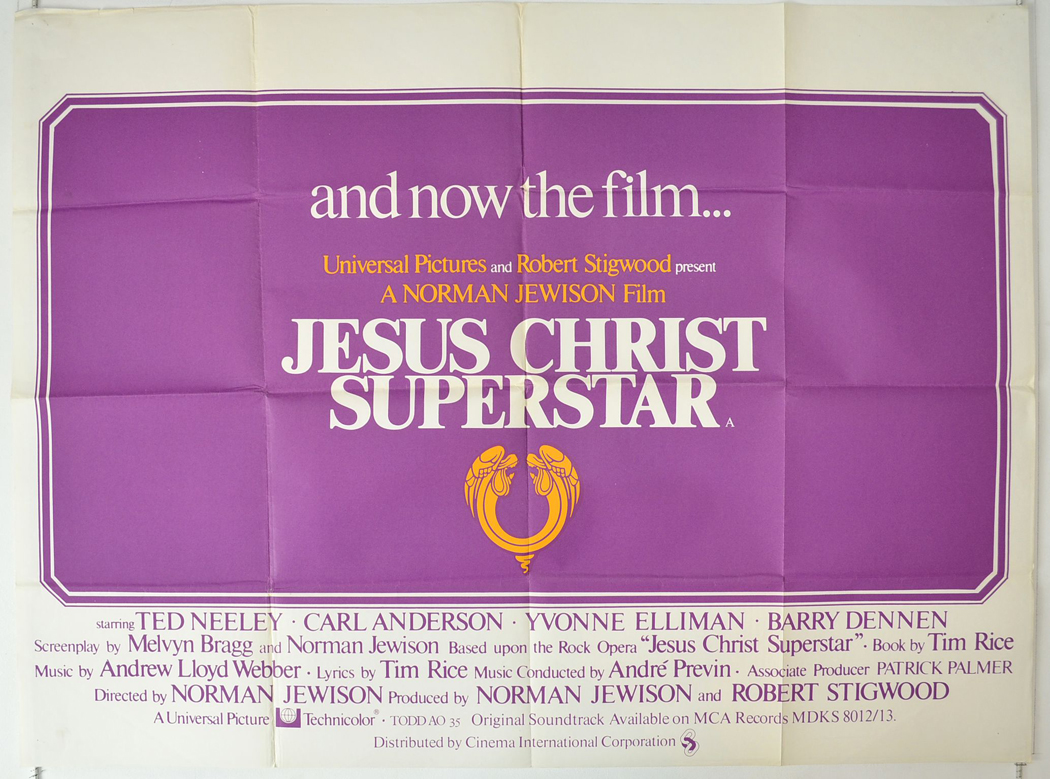 Individual Titles in the Collections Listed Above:

The Henry Fonda Film Collection  (DVD):  Not a clue.  It is a Fox release, but I can't find a list of included titles anywhere.

--Warner Brothers has a HUGE release, this week, of previously released titles in updated steelbook packaging.  The following titles wee gathered by me while researching this week's RoundUp.  I do not know if this is an exhaustive list.  They are available on both Amazon.com and BestBuy.com for $19.99 apiece:  Shawshank Redemption, Journey to the Center of the Earth, Goodfellas, 300, The Dark Knight, Batman Begins, Sherlock Holmes, Clash of the Titans, Wrath of the Titans, The Last Samurai, Green lantern, Batman Returns, Watchmen, Batman, Gladiator, Chinatown, Braveheart, Face/Off, The Town, Heat, The Departed, LOTR: FOTR, LOTR: TTT, LOTR: ROTK, True Grit, V For Vendetta, Matrix, Journey 2, Gran Torino, Sucker Punch, Inception, The Hangover, Book of Eli, Sherlock Holmes: Game of Shadows, Hangover 2.

--The Upgrade and Save program is in its LAST WEEK at Best Buy!  The basics of this program allow for customers to bring up to five DVDs to BB Customer Service and get 5 $5 coupons to purchase any Blu-ray title over $9.99:

Bring in your original DVD (no burned copies accepted) with the original case to Customer Service and receive a $5-off coupon valid on any Blu-ray movie priced $9.99 or more. See a Customer Specialist for more details about the Upgrade & Save promotion. Limit 5 coupons per trip for DVD upgrades. A recycling receipt must accompany the coupon at time of redemption. Once you have received your coupon, if you do not find a Blu-ray movie, you are unable to get your turned-in DVD back. Not valid with any other discount or package. Limit one coupon per Blu-ray purchase. Markdown taken from original price or promotional price. Your original DVD must have been commercially packed and with the original case. Adult content DVDs not accepted. Not valid with any other offer. Valid on in-stock Blu-ray movies only. No cash value. Offer valid through 5/11/13.

--Best Buy also has EXCLUSIVE DIGITAL CONTENT (via CinemaNow) with their copies, this week, of Jack Reacher on Blu.

--Best Buy is advertising a coupon for $10 OFF Private Practice: Season 6.  Go to: www.ABCTVonDVDCoupon.com.

--Best Buy also has an EXCLUSIVE FIGURINE with its Blu Combo Pack copies of Superman: Unbound.

--Best Buy has an EXCLUSIVE deal.  Pre-order True Blood and get a $5 CinemaNow promotional credit.  Available 5-21-13.

--Best Buy also has EXCLUSIVE PACKAGING available on its Blu copies of The Twilight Saga ($49.99).

--The following Blu-ray releases are on sale this week at Best Buy:

$9.99:  Crazy Stupid Love, Life As We Know It, American Beauty, How to Lose a Guy in 10 Days, Knocked Up, Horrible Bosses, Batman Begins, The Dark Knight..

--Best Buy Odds and Ends:  None to report.

--Save $5, instantly, at Target this week if you buy BOTH the movie AND book of Safe Haven.  The Book is priced at $11.99 (paperback).  Also, Target has an EXCLUSIVE 70 minutes of BONUS CONTENT with its Blu copies of Safe Haven.

--Target is also advertising all Jack Reacher books are on sale this week.

--At Target, purchase Jack Reacher on Blu and get an EXCLUSIVE FREE COPY of the novella Second Son by Lee Child.

--Target also has the following Marvel titles shown as 'on sale" :  Avengers, Iron Man, Iron Man 2, Thor, and Captain America.  Cryptically, these titles are listed as $10 to $15 for the DVDs and $15 to $20 for the Blu-ray editions.

--And, Target also has one of those rather unclear sections of its Sunday flyer that includes images of the covers of some home video releases.  The text says "$15 OR LESS.  Titles shown and select others."    It is clear that the Blu of Les Miserable is shown along with the DVDs of The Guilt Trip and Silver linings Playbook.  They also show the spines of The Master and Life of Pi (but are not clear which format is on sale).   There is also a $5 or less category which includes the Blu of When Harry Met Sally and other $4.75 titles.  There is also a $7 to $10 movie list and a $25 or less list of some TV title DVDs.

I've got Superman: Unbound coming from Amazon and that'll probably be it for the week. Thanks for the reminder, Mike!

Slow week. I will pick up the last season of 30 Rock when it goes on sale at some point. I'll probably head over to Best Buy and browse to see if there's anything I could use an Upgrade & Save coupon on.

This is a very Fox-heavy week of Blu-ray releases (six by my count not including the Fox release of the UA The Great Escape), but so far I don't have any of the review copies so expect a steady stream of reviews once those items begin arriving.


Thanks for the RoundUp, Mike.

Many people reporting seeing The Great Escape at BBY already -- nice $4.99 pickup with the Upgrade and Save program (one of my stores had it out, the other didn;t)


Walmart has Silver Linings Playbook BD on sale for 19.96 this week so possible price matches are out there -- plus Redbox has a $5 MQ coupon available when you rent SLP on BD or DVD.

I'm not a Redbox user in general, but there are lot of Promo Codes (DVDONME, DVDNIGHT, BREAKROOM) to rent a single night DVD for free from a Kiosk. Selected SLP DVD, enter promo-code, enter an email address, check out with a credit card (required though I used an old Visa Rebate Card I got from Staples that only had $2 left on it). I rented the disc and returned it 30 seconds later for $0.00. When I got home I had 3 emails (Thank you renting, Thank for Returning, and Receipt) waiting for me each had a link to get a pair of coupons (bricks style so need a printer and their software) -- printed all 6 coupons and gave 5 away to other people. You can rent online and get a link immediately when you reserve the movie for pickup, but the generic Promo codes don't allow a freebie .

My review of the highly entertaining Jack Reacher is now posted! Thanks.
http://www.hometheaterforum.com/topic/323391-jack-reacher-blu-ray-review

David Norman said:
Many people reporting seeing The Great Escape at BBY already -- nice $4.99 pickup with the Upgrade and Save program (one of my stores had it out, the other didn;t)
Click to expand...

BB is selling the new Great Escape blu for only $10?That Hatfields & McCoys miniseries is really excellent, in case anyone's on the fence.

Aaron Silverman said:
BB is selling the new Great Escape blu for only $10?
Click to expand...

Aaron Silverman said:
BB is selling the new Great Escape blu for only $10?
Click to expand...

Yep. The real question is, will they actually stock it? Since I could get the price down to $5 with an Upgrade And Save coupon, I may go find out.

Lookie here...I got Superman Unbound from Amazon today, one day ahead of release. All I need is a price match from $17.32 down to the current price of $13.99 and I'm all set.

TravisR said:
Yep. The real question is, will they actually stock it? Since I could get the price down to $5 with an Upgrade And Save coupon, I may go find out.
Click to expand...

Large numbers of reports that most BBY are carrying the title already. It's part of the new 9.99 section that made the last week of Upgrade really nice for a change -- especially Safety Not Guaranteed and Dangerous Method at 9.99 prior to coupon. A huge group of $4.99 titles as well.

I got the review for The Oranges posted tonight. It can be found here.

I hope to have Safe Haven up tomorrow evening.

David Norman said:
Large numbers of reports that most BBY are carrying the title already.
Click to expand...

The Great Escape was indeed at my local BB. I snagged the last copy this afternoon.

The review for Safe Haven went up tonight. It can be found here.
You must log in or register to reply here.