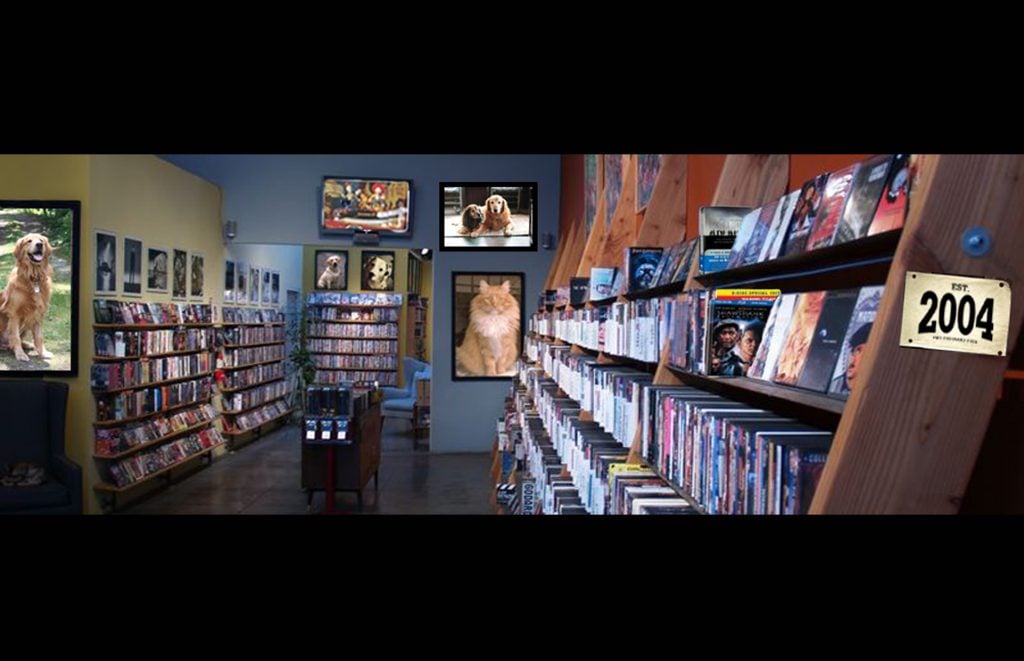 I will pick up Black Panther someday. Probably.

Other than that, maybe Die Hard in 4k (whenever I upgrade my display).

Other than Black Panther, it looks to be a quiet week for me.

Thanks for the update, Mike! I'll pick up the 4K versions of Die Hard, Gladiator and Braveheart when they get cheaper. I have not seen Black Panther, so that may be a rental, as I doubt Disney will be dropping the price on the 4K below $20 for a very, very long time based on their pricing practices.
Last edited: May 12, 2018

I'll be picking up the It's Alive box set this week.

Due to the ongoing and apparently neverending Disney-Amazon situation, I have Black Panther coming from Target, but not the exclusive digibook...just the regular release. And actually, it says nothing about including a DVD. The front cover artwork says "Blu-ray + Digital Code." It appears that Disney is beginning to drop DVDs from Blu-ray releases. The Last Jedi didn't have one in its general release either (although apparently the Target exclusive did.)

Here's where it gets extra confusing. Wal-Mart is also selling an exclusive Blu-ray version without the digital code for $22.99, which appears to be the exact same thing as the regular release, except lacking the digital version. The cover for this one just says "Blu-ray." https://www.walmart.com/ip/Black-Panther-Walmart-Exclusive-Blu-ray/827390794. Assuming that Wal-Mart also carries the regular version, there doesn't seem to be any kind of price break for not taking the digital code. (Mine from Target is $22.99 as mentioned in the grid.) I'm not really sure what the point of this exclusive is, since if you didn't want the digital version, you could just discard the code. It seems likely to confuse buyers, especially since the cover artwork between the two editions is almost identical.

On another note, has anyone ever tried to price match at Target? I've done this at Wal-Mart before, but not Target, so don't know their policies on it. Amazon has the Blu-ray of Spider-Man Homecoming on sale for $12.99, which seems like as good of a price as I could hope for on that one outside of Black Friday. So I thought about getting it. But I'm going to be right next to a Target tomorrow anyway, so if they'll match the price, I could just walk out with it instead of waiting for Amazon to restock it. Based on past experience, will this work if I bring a printout of the Amazon page to Target? Or do they not do that? Thanks in advance to anyone with any information.
Last edited: May 12, 2018

Jake Lipson said:
I have Black Panther coming from Target, but not the exclusive digibook...just the regular release. And actually, it says nothing about including a DVD. The front cover artwork says "Blu-ray + Digital Code." It appears that Disney is beginning to drop DVDs from Blu-ray releases.
Click to expand...

Well. Here is why I'm reporting that the regular $22.99 Blu of Black Panther at Target will include a DVD: Mike Frezon said:
Well. Here is why I'm reporting that the regular $22.99 Blu of Black Panther at Target will include a DVD
Click to expand...

Good catch, Mike. I hadn't seen the ad. However, I suspect that that is a misprint in the ad. (Incidentally, Target also made a similar error with the first release of The Avengers, listing the "Blu+DVD+digital" as $19.99 when only the more expensive five-disc 3D combo had digital. This caused them to offer the 5-disc set for the same price as the 2-disc version for the first week on sale, which I why I got the more elaborate version.)

Nothing I have seen from my order on Target.com indicates that there will be a DVD in the standard release I ordered, and the cover artwork only mentions Blu=ray+Digital Code. We'll see -- I'll report back when I get it. They've already shipped it, but since it's not Prime, it may take a few days beyond the release date.

I'll be getting Black Panther 3D from the UK at some point.
Reactions: sidburyjr

Are you not entertained?
Reactions: Scott Merryfield

Best Buy must have known you were back home this week, Mike!

I'll be getting Black Panther in 4K. I love the Best Buy exclusive Steelbook cover art, but I believe they're charging a premium for it, so I'll just get the regular UHD release.

I never upgraded my DVD of the first Die Hard, so I'll get the 4K release of that down the road once the price comes down. Same with Season 3 of "Rick & Morty"; the price tends to drop pretty quickly for that series.
Reactions: DavidJ

I’ll be getting Black Panther in 4K. Thanks for the RoundUp, Mike.

I wrote yesterday that I wanted to price match Amazon for Spider-Man Homecoming at Target, since Amazon had it on sale for $12.99 but was out of stock.

I should've just placed an order last night and waited. They've now increased it to $14.99. So I could probably still try to match it, but not for as good of a price.

This week I am taking a chance on... 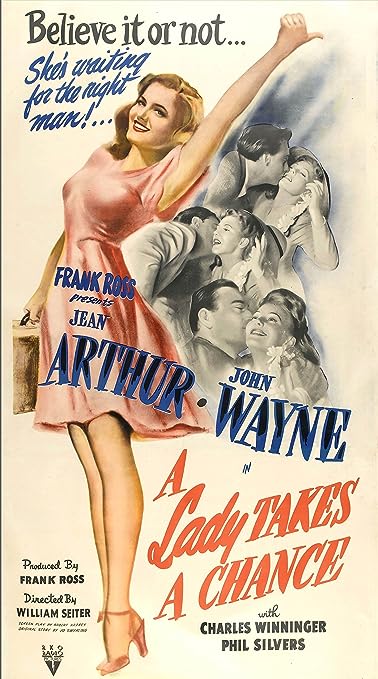 Well, I struck out twice on Homecoming without even having to worry about whether they would price match it. Although it's not in the ads this week, so they are under no obligation to have it, most stores around me have a big enough selection to carry at least a few copies of recent-ish big films, and I thought for sure it would be easy to locate because they have so much Avengers merchandise right now, and many of the other (albeit Disney-distributed) prior MCU films. I saw older MCU films than Homecoming in stock, but not that one. Instead, both Wal-Mart and Target were totally out of the regular Blu-ray.

At Wal-Mart, an employee dug in the back and found a single copy of the "gift set" (featuring the Blu-ray and a pair of toys) that Walmart stocked exclusively when the Blu first came out. It retailed for $34.97, and wasn't being discounted at all. When I said I didn't want it for that price, he just took it back to the storage room, where it seems unlikely to ever get sold, since I doubt many people will come in looking for the high-end retailer exclusive from six months ago, especially not at that price. I get that it wasn't the same item as I was trying to price match, but I might have offered to do it just to get rid of the gift set at this point, since it will just be taking up space in the stockroom now.

At Target, an employee found one single solitary copy of the DVD, but none of any of the Blu-ray SKUs (Blu, 3D or 4k), even though the inventory checker said they had six copies in stock. When I asked if the employee could go look for them in the stockroom, he said that "They could be anywhere" and he wouldn't know where to begin looking back there.

I wrote in an older post that I hadn't spent more than $20 yet on a 4k disc. (Though I'm pretty sure my wife did when she got me starship troopers steelbpok and Dunkirk as gifts.)

Well I was willing to spend $24.99 on Die Hard and preordered it Friday from Amazon. I received notice today that it has shipped, and of course immediately Amazon lowered the price to $19.99

First agent I chatted with informed me that Amazon doesn't adjust prices once something has been purchased. Even though $19.99 is a preorder price guarantee and I did indeed preorder this.

Second agent I chatted with was very friendly and agreed to refund my card the $5.00.
Reactions: TravisR and Jake Lipson

sleroi said:
Second agent I chatted with was very friendly and agreed to refund my card the $5.00.
Click to expand...

Good that you got it taken care of by a rep who listened to you. However, you don't really need to do that for pre-orders. If it is a pre-order and the price drops, the refund will be automatic on the day after the item is officially released. They wait until the end of the day on the release date to issue these adjustments because they want to make sure you are given the lowest price available/maximum refund, depending on what the cheapest price by the end of the release date is. So, had you not already done this through customer service, it would have been done for you on Wednesday or so.

A quick Google search of preorder price guarantee took me right to that stated policy on amazon.com. I was using the app and couldn't find that information easily, so just chatted. If either of the reps had stated that policy i would have been fine, but apparently even employees aren't aware of what should be a fairly commonly used policy.

But the important thing is Die Hard in 4k is now under $20.
Reactions: Jake Lipson

sleroi said:
If either of the reps had stated that policy i would have been fine, but apparently even employees aren't aware of what should be a fairly commonly used policy.
Click to expand...

I wouldn't say that it's "commonly used" because that implies there's some effort involved to "use" it. Whenever there's a price drop on a pre-order after it shipped, I usually wake up a day or two later and find an email informing me that the amount of the refund has been issued back to the credit card used for purchase. I don't have to lift a finger. This is one of the reasons that pre-ordering with Amazon is nice, since you know you'll get the cheap price without having to worry about it. I don't think the customer service reps manually adjust each order; it should just be an automatic thing.

That being said, since you didn't know that, it's perfectly reasonable to contact the chat people about it, which I've done on a few occasions on issues that aren't not related to the pre-order guarantee. That's what they are there for, and most of the people I've spoken with have been happy to help, so long as you're nice to them. I'm curious whether the automated computer system will catch the fact that your refund was for the pre-order. If it isn't that smart, the automated system might refund you the difference again later in the week once Die Hard comes out. (I'm not saying to expect this, but I wouldn't be shocked if it happened for you.)
You must log in or register to reply here.
Share:
Facebook Twitter Reddit Pinterest Tumblr WhatsApp Email Link