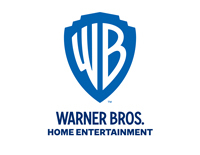 Burbank, CA (February 27, 2020) – Warner Bros. Home Entertainment is gearing up to release several original series and documentaries from HBO’s preeminent content library in March 2020. Consumers will have the opportunity to own and rent some of the premium cable channel’s top programming, which will be offered throughout the month on varying release dates. Most of the offerings will be available on digital only. Two titles will be released on Blu-ray™ and/or DVD. Offerings are as follows:

Available to Own on Digital:

Available to Rent on Digital:

Leaving Neverland Part 1 & Part 2 – Available to Rent on Digital March 9th
Produced and directed by Dan Reed (HBO’s Emmy®-nominated Three Days of Terror: The Charlie Hebdo Attacks and Terror at the Mall), the two-part documentary Leaving Neverland explores the separate but parallel experiences of two young boys, James “Jimmy” Safechuck, at age ten, and Wade Robson, at age seven, both of whom were befriended by Michael Jackson. They and their families were invited into his wondrous world, entranced by the singer’s fairy-tale existence as his career reached its peak. Through gut-wrenching interviews with Safechuck, now 37, and Robson, now 41, as well as their mothers, wives and siblings, Leaving Neverland crafts a portrait of sustained abuse, exploring the complicated feelings that led both men to confront their experiences after both had a young son of their own.

The New Pope: Season 1 – Available to Own on Digital March 10th
The follow-up to 2017’s The Young Pope, from Oscar®-winning filmmaker Paolo Sorrentino, The New Pope picks up where the previous series left off, with Jude Law’s Lenny Belardo, known as Pope Pius XIII, in a coma after an unexpected heart attack and the Holy See searching for his replacement. Out of the fray of competing interests rises Sir John Brannox (John Malkovich), a British intellectual best-known for a theological text he wrote in his youth. Doggedly pursued by Vatican Secretary of State, Cardinal Voiello (Silvio Orlando), Brannox is the antithesis of Lenny: religiously moderate, sophisticated and sensitive. Still, much like the previous pope, he hides secrets and deep-rooted insecurities that weigh heavily upon him. Elected to the papal throne, Brannox assumes the name “John Paul III,” but quickly finds that his predecessor’s shadow looms large, as the devoted cult of Pius XIII proves hard to shake in their fierce conviction of his return. Meanwhile, an ambitious Voiello struggles to deal with a wave of scandals within the Church as religious fundamentalism in the outside world threatens to infiltrate the papal walls. Daring, stylish and wildly unconventional, The New Pope dives into the inner workings of the Vatican, while exploring the very human desires, vices and fragilities of those in power and the complexities inherent in faith today.

Avenue 5: Season One – Available to Own on Digital March 16th
Created by Veep’s Armando Iannucci, Avenue 5 is a new HBO comedy set 40 years in the future when travelling the solar system is no longer the stuff of sci-fi fantasy but a booming, multibillion-dollar business. The series stars Hugh Laurie as Ryan Clark, the confident and suave captain of “Avenue 5” – a space cruise ship with luxury amenities like gourmet buffets, a spa, an observation deck and yoga classes. Among the 5,000 passengers and crew on board are billionaire Herman Judd (Josh Gad), the mercurial face and name behind Avenue 5; Judd’s right-hand-woman Iris Kimura (Suzy Nakamura); head of customer relations Matt Spencer (Zach Woods); engineer Billie McEvoy (Lenora Crichlow); and strong-willed passenger Karen Kelly (Rebecca Front). Monitoring Avenue 5 from the ground is Rav Mulcair (Nikki Amuka-Bird), the seen-it-all head of Judd Mission Control. As the series begins, Avenue 5’s eight-week journey around Saturn is underway and its systems are optimal. But when the ship suddenly encounters technical difficulties, it’s up to Ryan and his crew to calm the disgruntled passengers and find a way to deal with unexpected events onboard – though they may or may not be equipped for the task.

Crashing: The Complete Third Season – Available to Own on Blu-rayTM and DVD March 17th
Created by and starring Pete Holmes, and executive produced by Pete Holmes, Judd Apatow, Judah Miller and Igor Srubshchik, the series draws on Holmes’ own experiences as a comedian as he navigates finding a happy balance between his old, faith-based self and the new, more ambitious comic he’s becoming. Crashing’s third season finds a reinvigorated Pete (Holmes) fresh off of his two-month college comedy tour, returning to New York with newfound confidence in his comedic abilities. No longer crashing on other people's couches – he's got his own place in Ridgewood! – Pete reenters the NYC stand-up comedy world with newfound vigor, but soon discovers that just because he's improved, it doesn't mean he's at the head of the pack. This season, Pete starts to explore what he really wants out of comedy as he grows more assured of his talents but continues to struggle over finding a happy balance between his old, faith-based self and the new, more ambitious comic he's becoming. While Pete continues to orbit around fellow comic and ex-girlfriend Ali (Jamie Lee), he connects with a new woman, Kat (Madeline Wise), who has a unique perspective on the comedy world as someone not trying to make it big by telling jokes. Continuing to feature a who's-who of comedy talent and rising stars, Crashing takes a nuanced, but hilarious look at the state of comedy today, as Pete edges closer to success, one stand-up set at a time. Both the Blu-ray and DVD release includes new extra content.
*Limited review product available on request.

Torn Apart: Separated at the Border – Available to Own on Digital March 23rd
This eye-opening, heartfelt documentary tells the stories of two mothers seeking to be reunited with their children after being separated at the U.S.-Mexico border.

The Inventor: Out for Blood in Silicon Valley – Available to Rent on Digital March 23rd
In 2004, Elizabeth Holmes dropped out of Stanford to start a company that was going to revolutionize healthcare. In 2014, Theranos was valued at $9 billion, making Holmes, who was touted as “the next Steve Jobs,” the youngest self-made female billionaire in the world. Just two years later, Theranos was cited as a “massive fraud” by the SEC, and her company was worthless. Directed by Oscar® winner Alex Gibney (HBO’s Emmy®-winning Going Clear: Scientology and the Prison of Belief), the riveting documentary The Inventor: Out for Blood in Silicon Valley draws on extraordinary access to never-before-seen footage to reveal what happened and explore the psychology of deception behind Silicon Valley’s ‘‘fake it till you make it’’ mindset.

One Nation Under Stress – Available to Rent on Digital March 30th
From acclaimed directors/producers Marc Levin and Daphne Pinkerson (HBO’s I Am Evidence, Class Divide) comes an enlightening HBO documentary that explores the causes and effects of chronic stress from scientific, economic and sociological perspectives. In investigating the recent three-year decline in U.S. life expectancy for the first time in a hundred years, neurosurgeon and Emmy®-award winning CNN chief medical correspondent Dr. Sanjay Gupta travels across the country, interviewing experts from a wide range of fields who share their insights on why we’re experiencing so much stress, its effect on Americans, and its consequences for the health of the nation. Along the way, Gupta also speaks candidly with Americans struggling with stress-related ailments and loved ones lost to “deaths of despair,” particularly in communities facing economic and social instability. Shedding light on the origins and nature of stress, including its biological and social roots, as well as various treatments and strategies being developed to help cope with it, One Nation Under Stress is a timely and vital film that encourages us all to focus on the mental and emotional well-being of the nation, a process that involves education, enlightenment and empathy.

What’s My Name: Muhammad Ali – Available to Own on DVD on March 31st via Warner Archive
Experience the extraordinary life of one of the 20th century’s most iconic figures, Muhammad Ali, in this riveting two-part documentary from HBO Sports®. Presented through archival footage and recordings of his own voice, the film explores Ali’s challenges, confrontations, comebacks and triumphs both in and out of the ring.
*Limited review product available on request (US Only)

The releases of The New Pope: Season 1, Avenue 5: Season One and Torn Apart: Separated at the Border will be available to own on Digital March 10, March 16 and March 23, 2020, respectively. Digital allows consumers to instantly stream and download all episodes to watch anywhere and anytime on their favorite devices. Digital is available from various retailers including Apple TV, Amazon Prime Video, Google Play, Vudu, PlayStation, Microsoft and others.

Bummer... none are what I was looking for from HBO.

I have only recently started purchasing digital content. Is it unusually to have digital content only available to rent without an option to purchase. This is the first I have seen this.
You must log in or register to reply here.