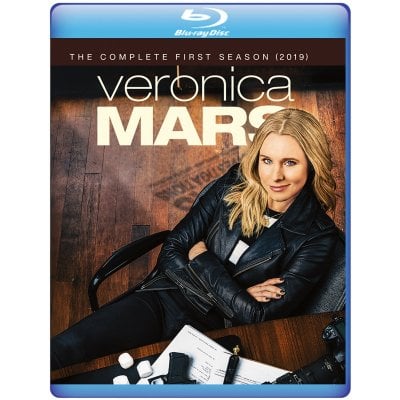 All hail the bacchanalia that is the glorious tradition of spring break in Neptune, a time for scantily clad beachgoers to get loaded, laid…and murdered. When a series of fatal bomb blasts threatens to decimate the seaside town’s tourist industry, Mars Investigations is hired by a wealthy congressman to track down the killer of one of the victims. As Veronica navigates new developments in her longtime relationship with Logan, she’s sucked into a dangerously complex mystery that pits anti-spring-break elites against working-class townies and stretches from Neptune’s pristine paradise into U.S. politics and a Mexican drug cartel. But never fear, Marshmallows, Veronica’s back – and she’s still fighting mad!

I'm very happy to read this is going to be available on disc. I have the other seasons, and will be happy to add this one to the collection.

Wonderful news! Now I don't have to subscribe to Hulu!

The price went down to about $21. I pre-ordered using the link above.

I was really into this show in its day; I still haven't watched the movie--and I actually participated in the crowdfunding scheme and got free blu-rays of the thing! It's been sitting there for five years, unwatched. I don't know why. Maybe I planned to marathon the old series first.

The movie serves its audience very well and I enjoyed it thoroughly. I put in to review the season set, but whether they send it or not is another matter.

I was hoping we'd see a Warner Archive release of this. I have digital copies in HD of the first three seasons.

Seems like "The Complete Fourth Season" would have been less awkward than "The Complete First Season (2019)". I wonder if there are legal reasons why they can't consider it a continuation of the original show.
You must log in or register to reply here.