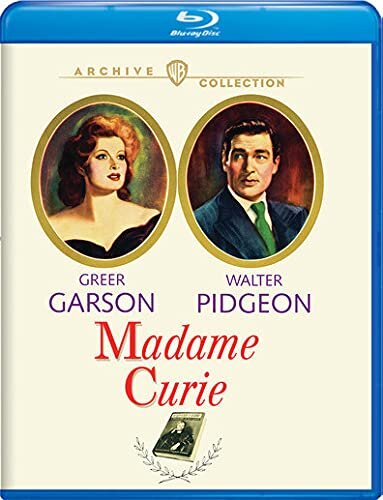 Press release expected and will be posted here

Yes!!! Great film! Another nominee I’m very happy to have on Blu Ray!!

I was just going to say what a pleasant surprise, and a definite purchase

I hope it looks Radiant !

B-ROLL said:
I hope it looks Radiant !
Click to expand...

You know, I never thought I’d like a stuffy, character driven science drama like this and LOUIS PASTEUR, but I do. I like them both very much. These two were pleasant surprises in ever would have seen had they not been nominated. Unfortunately, I’m the kind who judges a book by its cover… or, in this case, a movie by its poster.

Maybe you need to do a Random Harvest, of some of those fine dramas, the older I get the more I appreciate them.
C

Great news! I have always admired this film, and reminded of it by the lackluster recent Amazon "modern" re-telling of Marie Curie's story. The old DVD was ugly and dirty, and this upgrade is long overdue.....I think this bodes well for RANDOM HARVEST to follow in the future.

I've felt PBS/BBC(?) version was more accurate/interesting even though it is quite a bit longer ...