RobertMG said:
Remember watching her interview with Robert Osborne on TCM and her relating how bad the MGM clique treated her because she replaced Judy Garland and hard to believe she was not even invited to the premiere!
Click to expand...

I'd take that with a grain of salt as Betty was notorious for her victim/persecution complexes. Ever the gentleman, Howard Keel, when questioned about working with Betty Hutton, famously said that she was a less "generous" performer than Judy had been. I would hazard a guess that, if people at MGM didn't "like" her, it had more to do with her own behavior than any loyalty to someone who was removed from the film five months prior and never coming back, no matter what.

As regards the "premiere" story which has gained a lot of traction since the Osborne interview, what she actually said to him was that MGM didn't even bother to invite her to the New York premiere. Well, everybody else in the cast could say the same thing because there was NO invitation-only premiere in New York. The film had its grand opening at Loew's State on Wednesday May 17, 1950 at 10am to paying customers. It makes NO sense that the studio would not invite their star if they had a formal "premiere," yet the story of the fictional slight persists. Betty Hutton managed to get over her addictions. Judy Garland did not.

MatthewA said:
Betty Hutton managed to get over her addictions. Judy Garland did not.
Click to expand...

Well, that may be but she never got over blaming other people (including her own daughters) for her often monstrous behavior, so there's that.
Last edited: Mar 3, 2021

Neither of them were going to win Mother of the Year unless Joan Crawford was the only other nominee. Judy's kids had to go to Cloris Leachman's house to get a decent meal! This was straight from Lorna Luft in her book.

I wonder what a prelease engagement means. I could understand it if it referred to opening for a week in December to qualify for Oscar consideration before a general release in January but the above release was in May. 55 cents for a first run downtown movie. Those were the days.

Garysb said:
I wonder what a prelease engagement means. I could understand it if it referred to opening for a week in December to qualify for Oscar consideration before a general release in January but the above release was in May. 55 cents for a first run downtown movie. Those were the days.
Click to expand...

While I can't say for CERTAIN, I would guess it was an engagement that was only playing at Loew's State prior to opening in other New York metropolitan area theaters or in theaters across the country? Just a guess (I mean, it could just be marketing talk?) Rick Thompson said:
You can just as easily say Merman was no Peters. Nobody can play everything. Can you imagine Merman as Mabel, or worse yet Dot?
Click to expand... 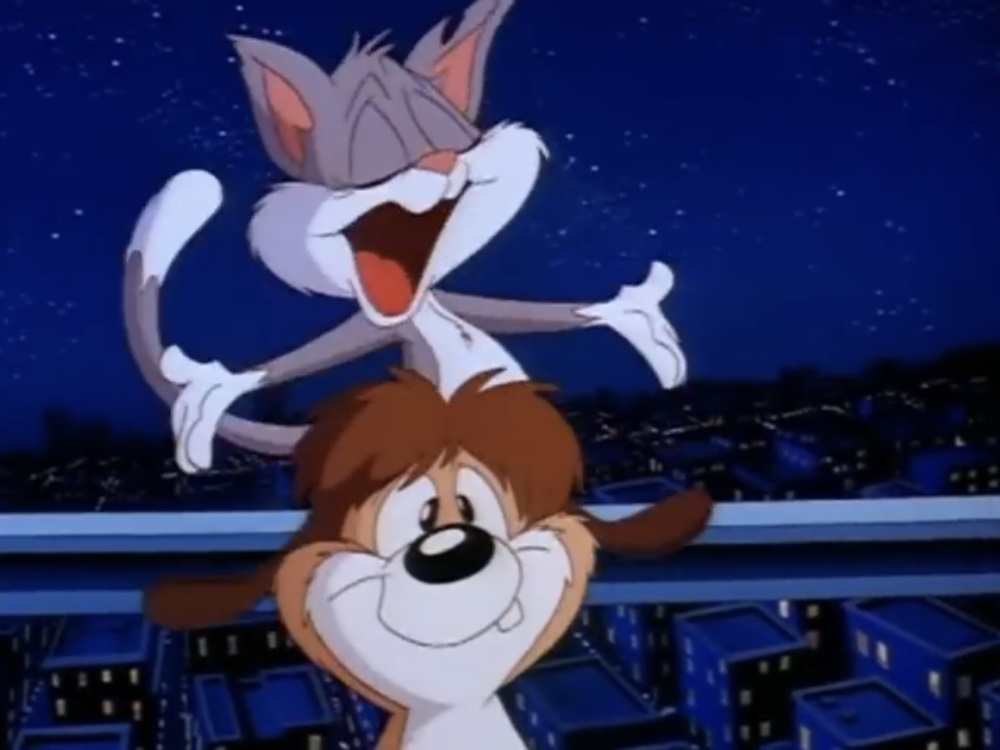 any idea when amazon will get a link up for preorder? Calamity Jane is another favorite... and every time I watch it I say "ok tomorrow I'll watch Annie Get Your Gun" but then I remember it's not on blu-ray

Thrilled with this news...

DaViD Boulet said:
any idea when amazon will get a link up for preorder? Calamity Jane is another favorite... and every time I watch it I say "ok tomorrow I'll watch Annie Get Your Gun" but then I remember it's not on blu-ray

Preorder availability on Amazon varies. Usually, it's within two weeks of the announcement. I have seen preorders go up before the actual announcement, a few days to two weeks after.

I do a sweep of Amazon several times a day. As soon as I see it I will post.

Jim*Tod said:
I saw the revival with Bernadette Peters at the Kennedy Center in DC and would agree the complicated re-working of the story did the show no favors. And as much as I love Peters I felt she was mis-cast.... too subtle and nuanced. Annie really requires broader strokes to work and from all accounts Reba was magnificent in the role. I would also say that maybe Garland was really not right for the part either, though of course we can never really know. Hutton is anything but subtle but it does work. I continue to be amazed at the incredible restorations we are getting of these classic musicals.
Click to expand...

After watching the Garland out-takes included on my original DVD, I'm glad she didn't continue with the role. Betty Hutton did a bang up job and won the Photoplay Gold Medal Award for 1950 (voted by the magazine's fans) to boot!
P

RichMurphy said:
It cracked me up when the DVD came out and "Broadway star" Susan Lucci, Bernadette's three-week vacation replacement, got to appear on the DVD special features. I saw both Bernadette and Reba in the role, and Reba was brilliant, Bernadette was a trouper but miscast.

I am sorry I didn't see it when Cheryl Ladd was brought in. Her tenure in the show was immortalized by Forbidden Broadway's acerbic "I've No Business In Show Business"
Click to expand...

Gerard Allesandrini is a most brilliant light.

Great news, though I was never a fan of this version of "Annie Get Your Gun." I was lucky and saw Ethel Merman revive Annie in the 1960s Lincoln Center revival. Merman was in her 50s then, I guess. There's also a pretty good version available with Mary Martin as Annie and John Raitt as Frank from the mid 1950s. It's black and white, though. The color version was lost when NBC erased the videotape, which was common practice back then. Reba's reviews were better than Bernadette's. as I recall, and she was more suited to the role.

Yes, Mary Martin had a long history with Annie Get Your Gun. In fact, she won her first Tony Award for headlining the national tour of Annie, a special award given during the award's second year.
T

Having watched various Annie Get Your Gun excerpts on YouTube from some of these performers, I've gotta say that Reba seemed the best suited to the part with her belting vocals and down-home personality. The clip of Judy Garland as Annie was odd. Judy's tomboy makeup and hair makes her look disconcertingly like Hilary Swank.
Last edited: Mar 4, 2021

I had no idea this delicious color footage of Merman from the 1946 Broadway production even existed!!

AlI can say is WOW!

This must have been the most popular movie musical to be unavailable for decades then resurface in the DVD era.

When Betty Hutton performed on a PBS special in 1983, "You Can't Get a Man With a Gun" was part of her setlist:

NBC played it once on Saturday Night at the Movies; that's the only time I saw it before the DVD release. I always heard Irving didn't like Betty as Annie, and that's why he didn't want it seen.

Will Krupp said:
I had no idea this delicious color footage of Merman from the 1946 Broadway production even existed!!

AlI can say is WOW!

This is a magnificent find, Will! Thanks so much for sharing. I wonder how far into the run this was?

Since I bought the DVD version just last week, you all have me to thank for the upcoming Blu-ray release.
You must log in or register to reply here.