V: The Final Battle, V: The Series : Thank you Warners

After an excellent release for V: The Beginning earlier this year, it's great to hear that "The Final Battle" is on track for this coming summer. Also of interest that "The Series" is at least a maybe at this time.
Here's to hoping that Final Battle is released with the same care and attention given to The Beginning.
Thank you, Warners, for getting my favorite mini-series on DVD. I'll be first in line to buy Final Battle, and can't wait for the possibility of The Series.
------------------
Rationality is not a commodity which is evenly distributed.
Thank you Sci-Fi channel for Season 6 of Stargate SG-1
View SpaceDog's DVD Collection
Expand signature
Support the fight against Multiple Sclerosis as I ride in the 2007 MS 150 in New Bern this September. 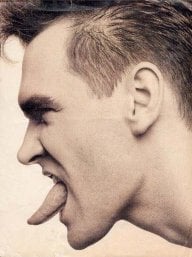 I would like to add to this as well by saying I hope "V: The Final Battle" is treated with the same respect and care that went into "V: The Original Miniseries".
I also hope there are plans for a box set of "V: The Series".
------------------
Please vote for a Richard Donner Re-Cut of Superman II
http://www.hometheaterforum.com/uub/...ML/003753.html
Expand signature
This Are Intentionally Left Blank

If you do V: The Series, please include the script/treatment for the cliffhanger resolution that's been floating around the net so that more casual viewers don't feel screwed. Thank you!
Jeff Kleist