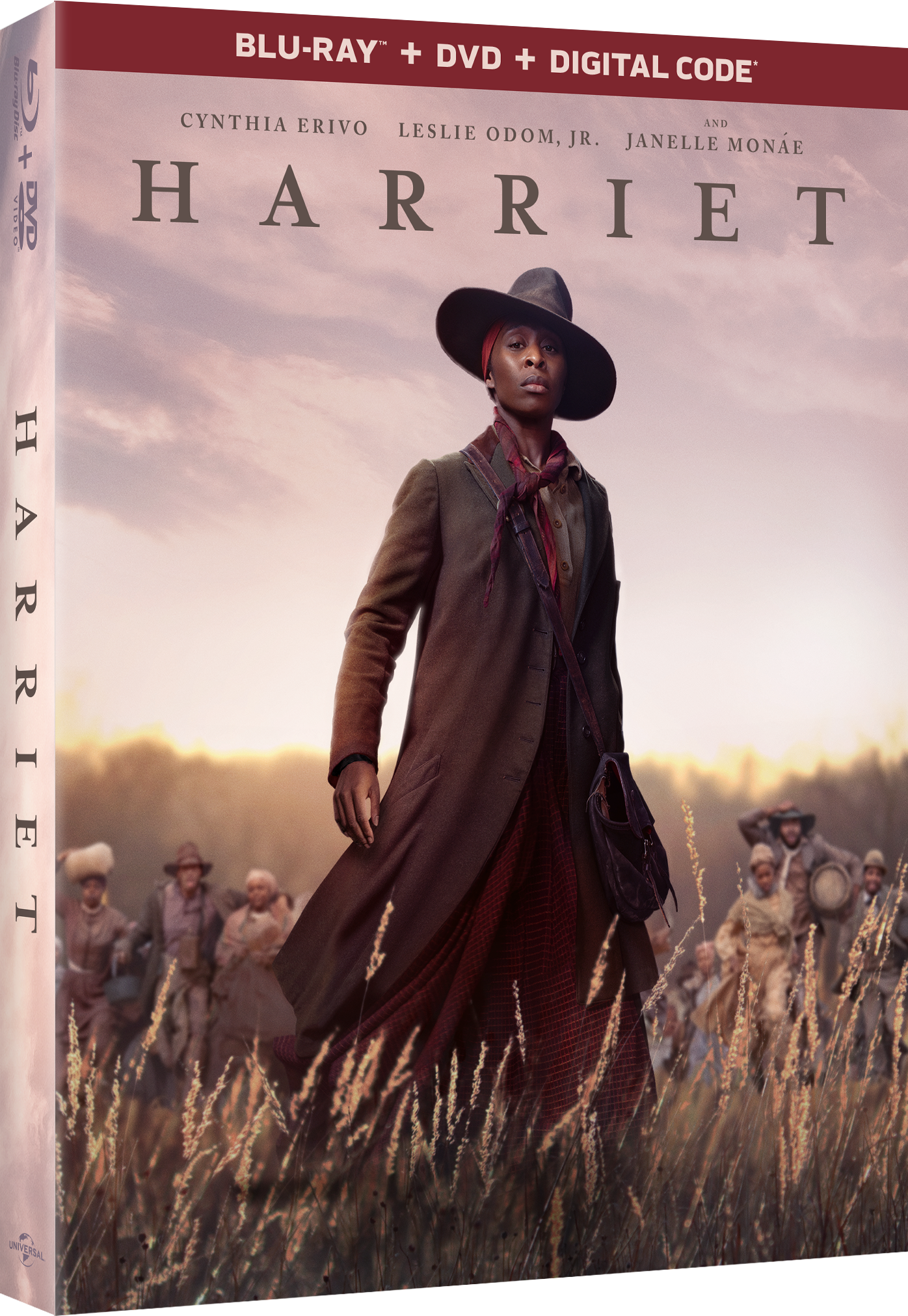 Universal City, California, December 20, 2019 – Follow the inspirational journey of one of the bravest people and heroes in history, Harriet Tubman, as she risks her life to save others from the horrors of slavery in HARRIET, arriving on Digital January 14, 2020 and Blu-ray™️, DVD and On Demand on January 28, 2020 from Universal Pictures Home Entertainment. With a 97% audience score on Rotten Tomatoes®, HARRIET on Blu-ray™️, DVD and Digital has a variety of compelling bonus features, including deleted scenes, a deeper look into Harriet Tubman’s story, and feature commentary with director and co-writer Kasi Lemmons. The captivating and emotional story of courage, HARRIET has been nominated for two 2020 Golden Globe® awards including Best Actress in a Drama for Cynthia Erivo and Best Original Song for “Stand Up” which was co-written by film star Erivo and Joshuah Campbell. Additionally, the film was nominated for a SAG Award® and a Critics Choice Award, earning a total of three Best Actress nominations.

Based on the thrilling and inspirational life of an iconic American freedom fighter, HARRIET tells the extraordinary tale of Harriet Tubman's escape from slavery and transformation into one of America’s greatest heroes. Haunted by memories of those she left behind, Harriet (Erivo) ventures back into dangerous territory on a mission to lead others to freedom. With allies like abolitionist William Still (Odom Jr.) and the entrepreneurial Marie Buchanon (Monáe), Harriet risks capture and death to guide hundreds to safety as one of the most prominent conductors of the Underground Railroad. Witness the story of a woman who defied impossible odds to change the course of her life and the fate of the nation.