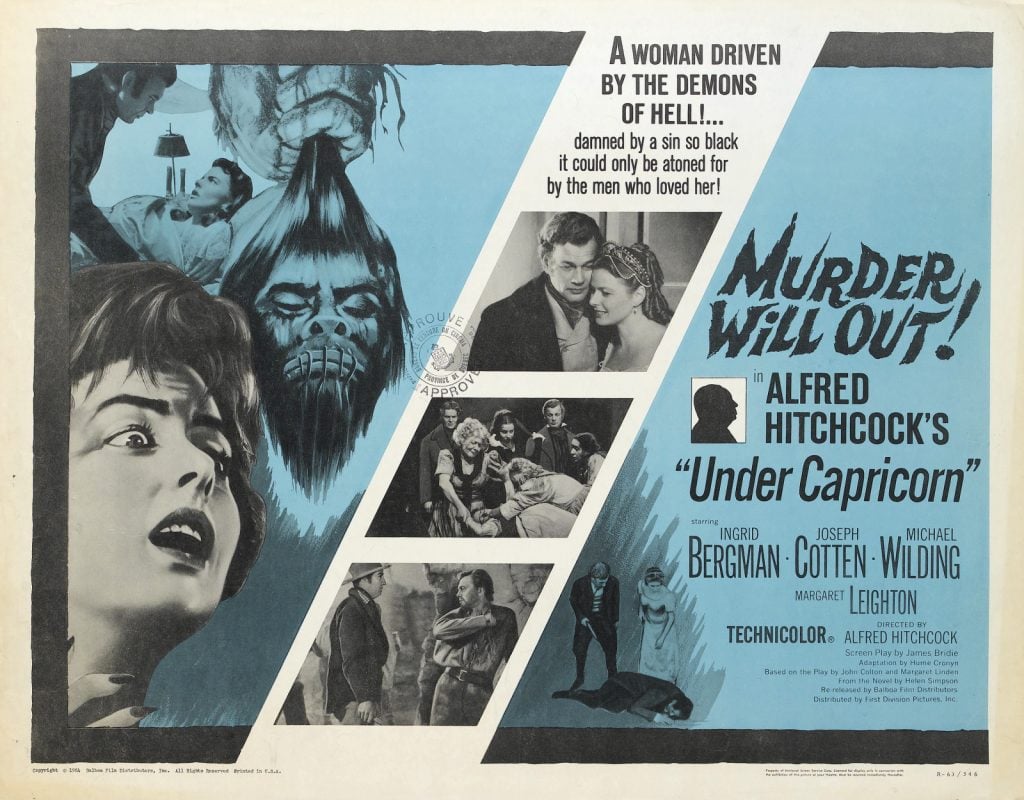 Under Capricorn reunites Alfred Hitchcock with one of his best leading ladies, Ingrid Bergman, and features a return of the long take technique he pioneered in Rope, but falls short of his usual high standards. Hitchcock himself apparently considered the film one of his lesser works, and there’s no reason to disagree with the director on that.

You nailed it with this review, Josh. I'm a big Hitchcock fan, but this film has always been underwhelming to me. That was quite unexpected the first time I saw it -- who would have thought a Hitchcock film starring Ingrid Bergman and Joseph Cotton could be so bland? The transfer is definitely an improvement over the old DVD, but is still rather mediocre. I actually thought long and hard about whether to upgrade this one, but ended up pulling the trigger. This time my wife watched the film for the first time, and she too thought the movie was rather dull.

The story is actually good, but considering that both the Cotten and Bergman characters are Irish, the flat mid-Atlantic, slight Southern Cotton accent and Ingrid's Swedish accent doesn't really make total sense.

While its said that the Director is often his greatest critic, in most cases Hitchcock is right on the money when it comes to what he judged as his biggest misfires (IE: this, Jamaica Inn, and Waltzes from Vienna).
B

I have been an Ingrid Bergman fanatic as well as a Hitchcock fanatic since childhood. Having said that, I've never found anything wrong with the performances here, however the film itself invariably suffers in comparison to the two previous Hitchcock/Bergman classics, Spellbound and Notorious.

As for Jamaica Inn, I've always enjoyed it, possibly due to the presence of another of my favorite actresses, Maureen O'Hara, as well as my all-time favorite actor, Charles Laughton, who made everything in which he appeared worthwhile.
Last edited: Jul 11, 2018
You must log in or register to reply here.