Tim Gerdes said:
Once Diane uttered "Let's Rock" and seemingly mimicked the Little Man From Another Place's hand gesture, this was the most unpredictable and discomforting episode of television since Cooper's first dream in Episode 3 of the original run.
Click to expand...

The red curtains were a strange touch. I assume it was filmed on the lodge set.
Reactions: TravisR

I must've missed Fenn's social media hints about being unhappy.

I kind of feel like we're in the same sort of pre-climax lull that bogs down all of the Netflix/Marvel series: All of the important pieces are on the board, so we're past the point of really intriguing teasers, but we haven't gotten into the final act yet.

Everything with the Gordon/Albert/Tammy/Diane story thread is still working gangbusters for me. The Ben Horne scene was pretty great too, and Grace Zabriskie showed she still knows how to pull off crazy, grief-stricken mother -- now with the interesting new colors that a quarter-century of living in the shadow of tragedy and horror brings. The assassination of the warden was stone cold.

But the little tidbits like the conversation at the Bang Bang Bar don't hold the same fascination they did earlier in the season.

If you plug those numbers into Google Maps you get this: https://goo.gl/maps/XCSbTe8Ny1z
Click to expand...

Diane did the same thing you/they did, one episode later!


TravisR said:
It looks like the show moves to 8 PM for the last 5 weeks/6 episodes starting next week. Game Of Thrones fans can now watch both shows live.
Click to expand...

This would make me very happy. I tried to juggle this, "Game of Thrones", "Teen Wolf" and "Rick & Morty" last night and it just about killed me. It's crazy that during the summer months when the TV schedule is so lean, everybody seems to need to schedule their new programming on the same night.


Joe_H said:
I kind of had assumed they were saving the appearance of Audrey for some big reveal. The way that her scene played out doesn't seem to be worth holding back for. It seems like that could have shown up in any number of other episodes without much consequence.
Click to expand...

I agree completely. The only reason to hold off so long seemed to be either a big reveal or a story necessity. Neither was the case.

I also didn't like the characterization. Audrey could be a difficult person during the original run, but she was resourceful and self-sufficient. She was written like Season One Nadine in last night's episode, needy and petulant, and that's not Audrey at all.


Joe_H said:
Yeah, the Sarah Palmer stuff near the beginning was excellent.
Click to expand...

Anyone else get the impression that she's got something going on with the bag boy from the grocery store? The shot (and sound) of the ceiling fan through the window seemed to be an indicator that something is again amiss in the Palmer household.


David Weicker said:
I was also unhappy with the gratuitous use of the F-word.
Click to expand...

I don't mind that there's a lot of swearing in this revival, when it comes from new characters. But it rubs me the wrong way when characters from the original run swear, because they didn't swear before. Now maybe Audrey would have sworn like a sailor as a teenager if they weren't boxed in by the FCC. But she didn't then, so she shouldn't now.

Adam Lenhardt said:
I don't mind that there's a lot of swearing in this revival, when it comes from new characters. But it rubs me the wrong way when characters from the original run swear, because they didn't swear before. Now maybe Audrey would have sworn like a sailor as a teenager if they weren't boxed in by the FCC. But she didn't then, so she shouldn't now.
Click to expand...

I had a similar thought but Audrey is not a nice person at the beginning of the original series so it's not hard to imagine her going back to that kind of behavior as life has apparently beat her down (lousy marriage, piece of shit kid) and that behavior getting worse and worse as she gets older (becoming mean spirited, cursing more, etc.).

All that being said, I get what you're saying because I'm the guy who hates hearing Mulder say "Shit!" in The X-Files movie because he didn't/couldn't say it in the TV show.


Another kudo for Grace Zabriskie.
Reactions: Josh Steinberg and Greg_S_H

I've come to really dislike the cryptic Bang Bang conversations that don't make sense to me. At least this one didn't have the gross itching girl. 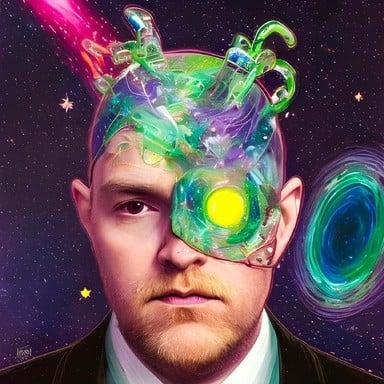 While watching last night, after the warden was murdered there was a shot of the moon that struck me, but I couldn’t place why. It seemed important somehow.

Rewatching this evening, without the surprise of the Audrey reveal I was able to concentrate on the scene itself. When Audrey says that she wants to go looking for Billy, Charlie says that it is a new moon, and they won’t be able to see anything.

There are too many of these inconsistencies, in both the show and in the Frost book, to be merely sloppy editing.

Between the mismatched crowd scence at the Double R at the end of Part 6, Part 12’s recycled Jacoby rant from Part 5, the inconsistent date on Hastings’ confession, the wrong date on Andy’s watch, Miriam’s two last names, and now the continuity lapse in the moon’s phase from once scene to the next, it seems that something is happening to the timeline.

There was a lot going on with her. Showtime apparently prohibited her from giving interviews because she was talking too much, she insisted the entire original cast apart from Kyle did not have contracts, long after other actors were on set filming, and she repeatedly accused the production of misogyny, which appeared to stem from her not being invited to press junckets.

Mark Frost stopped following her on twitter, Harry Goaz gave an interview calling her selfish and at one point she went from coyly hinting that Audrey wouldn’t appear to taking photos of herself with bleached platinum blonde hair, with no reason left to keep her dark color.

If I recall correctly, by the time she showed up on set there were barely two weeks of filming left. There were also rumors that:


Robert Bauer had filmed his scenes as Johnny Horne but was replaced because by the time Sherilyn showed up he wasnt available to reshoot his scenes with her. 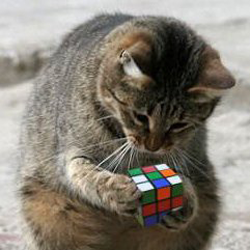 C'mon, if this all ends with what we're all concerned about and the finale finally has "Dougie" snap out of it and become Cooper again, you know every one of us would be on board for a more traditional season four of Twin Peaks with Agent Cooper investigating what happened to him in and after the Black Lodge experience while he's trying to balance his Lynchian existential crisis with his love for Janey-E and Sonny Jim.

Or, it all ends in five weeks on September 3rd and we try to put it together for the rest of our aesthetic lives.

I'm beginning to thinnk that Cooper will snap out of it in the final scene of the final episode and his only words will be, "How's Annie?"

I saw this on Twitter but did other people think that the Frenchwoman with Cole was a hooker? I just assumed that Cole lured her in using the same charisma that attracted Shelly back in the original series. And by charisma, I mean the ability to write yourself into scenes where you have sexy chicks falling for you.
Reactions: Joe_H

I thought it was a possibility at the time that she was a hooker, yeah, but I didn't get a definitive conclusion on that from the scene. Neither would surprise me!
Reactions: TravisR

The actress who played the french woman in Cole's hotel room is Bérénice Marlohe who was quasi Bond girl Sévérine in Skyfall.

TravisR said:
I saw this on Twitter but did other people think that the Frenchwoman with Cole was a hooker? I just assumed that Cole lured her in using the same charisma that attracted Shelly back in the original series. And by charisma, I mean the ability to write yourself into scenes where you have sexy chicks falling for you.
Click to expand...

That scene was hysterical. Talk about making something out of nothing. Major props to that... escort.
Reactions: TravisR

I absolutely treasure scenes like this one and the broom sweeping. This is Lynch, man, and his sense of purpose and rhythm in staging these things is impeccable. The humor in this one, too, is incredible.

Charles Smith said:
I absolutely treasure scenes like this one and the broom sweeping. This is Lynch, man, and his sense of purpose and rhythm in staging these things is impeccable. The humor in this one, too, is incredible.
Click to expand...

Arnold was awesome, too. Miguel Ferrer's seething made the scene.

It's all about the sound design with Lynch. (Cause it sure ain't his dialogue writing)

Josh Dial said:
Arnold was awesome, too. Miguel Ferrer's seething made the scene.
Click to expand...

Do you mean Albert?

Tino said:
Do you mean Albert?
Click to expand...

Haha, yes! I have no idea who I was thinking about when I wrote "Arnold." Schwarzenegger (actually...that might work...).
Reactions: Tino

For those of us that watch live, the show moves to 8 PM tonight.
You must log in or register to reply here.