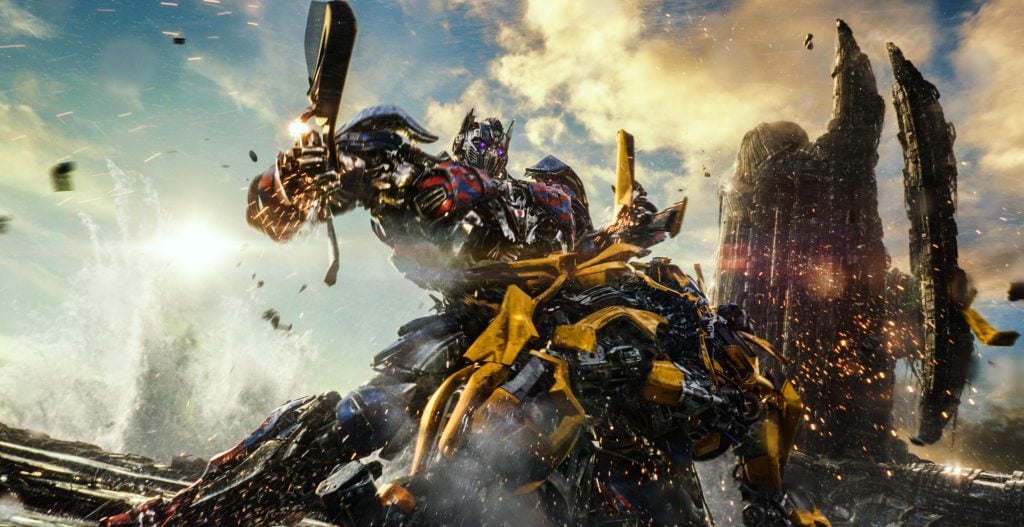 Transformers: The Last Knight continues the series’ proclivity for weaving in a new thread of the transformers history on planet earth, this time inserting the metallic race into the mythology of Arthur, Merlin and the Knights of the Round Table. It’s exhausting to have yet another new layer grafted onto earth’s history. This new thread follows the transformer device hidden in ancient Egypt in Revenge of the Fallen, their influence on the space race of the 1960’s in Dark of the Moon, and the their presence on earth during the time of the dinosaurs in Age of Extinction. These films appear not to have any confidence or creative ingenuity to carry the story forward, only enough to have the characters and our transformer heroes respond to emerging threats that began long ago in earth’s history.