Konstantinos said:
This is coming from Indicator!!

Wonderful news! I did read the article and EOLM is definitely in there. I'll wait for a official announcement though before scratching it off this list.

Tezuka's PHOENIX 2772 is one weird outlier of a movie, even for animation. I wouldn't mind seeing a properly subbed BD of the film, even if it was hard to figure exactly what was going on.

And as a guilty pleasure....

Who Is Killing the Great Chefs of Europe?

Last of Sheila is one of my all time favorites. All time!!!!

ahollis said:
Last of Sheila is one of my all time favorites. All time!!!!
Click to expand...

"My year of mourning." Who is he kidding? We went STRAIGHT from the funeral to Streisand's opening at the Sands...

Billy Batson said:
Start The Revolution Without Me
The Last Valley
The Last Of Shiela - who cares who did it, it's James Coburn being cool & waspish.
Ulzana's Raid
The Devils
The Boy Friend
The Day Of The Jackle
The Life & Times Of Judge Roy Bean
Pat Garrett & Billy The Kid
The Cheap Detective
Click to expand...

Well nearly three years after this list, a couple are at last appearing; The Boy Friend plus Ulzana's Raid from Germany & Day Of The Jackal from Australia, but of course just being released on Blu-ray isn't enough, it has to look the part. Reading here, The Boy Friend has passed the audition, we'll see about the other two...& I see I got the spelling wrong on Jackal & Sheila.

Dave Lawrence said:
More 70s Bronson on blu would be nice. In particular:

Two weeks after posting the above, it looks like I will start to get my wish. Per today's Twilight Time thread, TT will release The Valachi Papers in June and another 70s Bronson film, 1973's The Stone Killer, in May.

I would really like Day of the Locust "jeepers creepers, where'd ya get those peepers..."
K

I just learned of a highly acclaimed movie, Sounder (1972) and it seems very interesting.
Unfortunately I see the last DVD was released by Disney in 2003.
So unless another studio has the rights now, we'll never see a Bluray!
K

Does anyone know which label could release Black Sunday (1977)?

t1g3r5fan said:
For this one, I'm going on a year by year basis and based on what I have already in my collection and eager to see the Blu treatment given.

1976
Obsession
The Shootist
Swashbuckler
The Tenant

1978
Heaven Can Wait
Pretty Baby
Up in Smoke

As you can see, a few from my initial list have made it to Blu. Here are some new additions in their place:

t1g3r5fan said:
As you can see, a few from my initial list have made it to Blu. Here are some new additions in their place:

I believe Twilight Time will be releasing The Hospital. So, that will be coming off your list...and mine too for that matter.

Also I have Charley Varrick on blu-ray from Germany. So, if you are region free I believe you can cross that off too.
K

Since we had mention this in this thread...

Konstantinos said:
Does anyone know which label could release Black Sunday (1977)?
Click to expand...

It's a Paramount film, so very unlikely we'll see this released as their catalog BD efforts are just about non-existent. I think they have licensed some titles out to Shout Factory.

I was just looking for Paper Moon, another Paramount effort that got a Region B release but no Blu-ray on this side of the pond.

Well Konstatinos beat me to it but yet another title off my original list. Powerhouse presents:
(Note to Twilight Time, if you're planning on releasing this, I just might wait for your release if you get the word out before November. 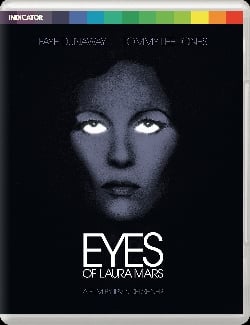 Original note: Eyes of Laura Mars (1977): From IMDB; "Suddenly Laura Mars can see through the eyes of a serial killer as he commits his crimes. She contacts the police and with the aid of a police detective, tries to stop the killer. But first, they have to figure out who it is.
From Brad: One of my 70s mystery favorites. Star Trek fans among us might (barely) recognize actor Rene Auberjonois (Odo from Deep Space Nine).

Arnold (1974): From IMDB, "Upon his death, Arnold marries his lover, Karen, in spite of his widow, and leaves deathtraps accompanied by audiotapes and his preserved and articulate corpse for those who cared only for his money."emale cast, big breasts with dizzying cleavage.

Ben (1972): The sequel to the horror picture Willard. Saw this one at age 12. (UPDATE: Blu announced, details later).

Bermuda Triangle (1978): From IMDB; "The passengers and crew of a boat on a summer cruise in the Caribbean stray near the famed Bermuda Triangle, and mysterious things start happening."

Big Bad Mama (1974): From IMDB; "After the death of her lover, Wilma takes over his bootlegging business, but without much success. She soon meets up with bank robber Fred, who convinces her and her daughters to join him for his next big heist. (UPDATE: Blu now available on Amazon).

Black Hole, The (1979): Disney's big 1979 sci-fi effort trying to cash in on the sci-fi craze spearheaded by Star Wars. Definitely Disney's "darkest" film to that date
Link to my HTF Write-Up on The Black Hole.

Buck Rogers in the 25th Century (1979): Of course the movie that spawned a two-season TV series and a sentimental favorite among many sci-fi fans. Personally I'd like to see a complete remaster like was done with Star Trek TOS but make sure that the original versions come with a remaster. (UPDATE: Region B Blu-ray announced for all except theatrical cut, now available for pre-order from various overseas vendors.)

California Dreaming (1977): From Wiki; "A young man named T.T. moves from Chicago to California for the summer. He quickly becomes adapted to the new pace of life, learning several lessons along the way."

Chiorboys, The (1977): One of the first "Police Comedys" but a much darker film than the later films such as Dragnet (1984). Also a early exploration into the gay lifestyle.


Escape from Alcatraz (1979): Clint Eastwood in a new role for him. You could say that 1979 was Clint's year for trying new roles (i.e. Every Which Way But Loose). UPDATE, Region A Blu available on Amazon.

Eyes of Laura Mars (1977): From IMDB; "Suddenly Laura Mars can see through the eyes of a serial killer as he commits his crimes. She contacts the police and with the aid of a police detective, tries to stop the killer. But first, they have to figure out who it is. UPDATE: Powerhouse Films overseas releasing EOLM on region-free Blu on Nov 20th, 2017.

Golden Girl (1979): Susan Anton looking beautiful as a female athlete. What killed this film was the U.S. boycott of the 1980 Moscow Olympics.

Goodbye Girl (1978): From IMDB; " After being dumped by her live-in boyfriend, an unemployed dancer and her 10-year-old daughter are reluctantly forced to live with a struggling off-Broadway actor." UPDATE: Blu now available.

I Wanna Hold Your Hand (1978): A early effort here from Back To The Future film geinuses Robert Zemeckis and Bob Gale.
From Wikipedia: " Four girls from Maplewood, New Jersey set off to New York City to see the Beatles' guest appearance on the Ed Sullivan television show. UPDATE: Region B Blu now available from Amazon UK

Invasion of the Bee Girls (1973): This R-rated B movie (no pun intended) was written by future Star Trek movie director Nicholas Meyer. Basically your male fantasy sexual/sci-fi movie from the early 1970s era and a late night drive in staple. But a fun movie nontheless. UPDATE: Blu now available from Shout (I think)

Lady In Red (1979): A early post-Nancy Drew effort here (created by Roger Corman) from the lovely, and still lovely to this day Pamela Sue Martin. Robert Conrad also makes an appearance as Dillinger.

Malibu Beach (1979): A sentimental favorite of mine here despite it having basically no plot, no depth of character and basically no real redeeming social value, save for maybe muscle-head Dugan (Steve Oliver) finding love at the very end.

Ode to Billie Joe (1976): This was a tear jerker for high school girls back in 1976. Going with my girlfriend to see it that summer, she made sure to cover my eyes when there might be some female nudity (I don't believe there was but it was close).

Pretty Baby (1978) (Thanks Walter Kittel): Brooke Shields rookie role and quite a controversial one due mostly to (non-sexual) nudity on her part. That and the portrayal of her character's virginity being auctioned off.

Skatetown USA (1979) : Oh yes, here is my big favorite for a Blu-ray release, though none seems to be coming as of yet. Nor was there ever any home media release ever (no VHS, LD or DVD). Here's a link to my Skatetown USA Write-Up here on HTF

Star Wars (Original Theatrical Cut, 1977): There seems to be a lot of demand in the classic film fandom for the original Star Wars. I'm rather partial to the updated versions myself but would love to have the original on blu as well for comparison purposes.

That makes 6 from my original list making their way to Blu-ray in one form or another. Some like Buck Rogers are "partial" releases (TV Series in HD while OT is SD). Now to work on some additions to this list to replace the Blus.
J

Scorpion Releasing has Aloha, Bobby & Rose. I believe the blu-ray is coming by the end of the year.

Kyrsten Brad said:
Golden Girl (1979): Susan Anton looking beautiful as a female athlete. What killed this film was the U.S. boycott of the 1980 Moscow Olympics.
Click to expand...

I don't think that's quite right Brad. Golden Girl opened in New York City in mid June 1979 and flopped immediately, barely lasting two weeks at the prestigious first run theaters showing it. After playing off for a few weeks in lesser venues as a moveover, it disappeared from screens completely within about a month of its release. We didn't decide to boycott the Olympics until the Soviets missed the February 1980 deadline to leave Afghanistan and the final decision wasn't made until spring of 1980. I don't see how it could have affected THIS movie as it had already had its "dance" the previous summer.
J

Three years on and only four titles crossed off my list. (Yes, I know Soldier Blue and The Nightcomers have Reg B releases.) Surprised, given the vibrant market for horror films, that nobody has released Homebodies.
You must log in or register to reply here.