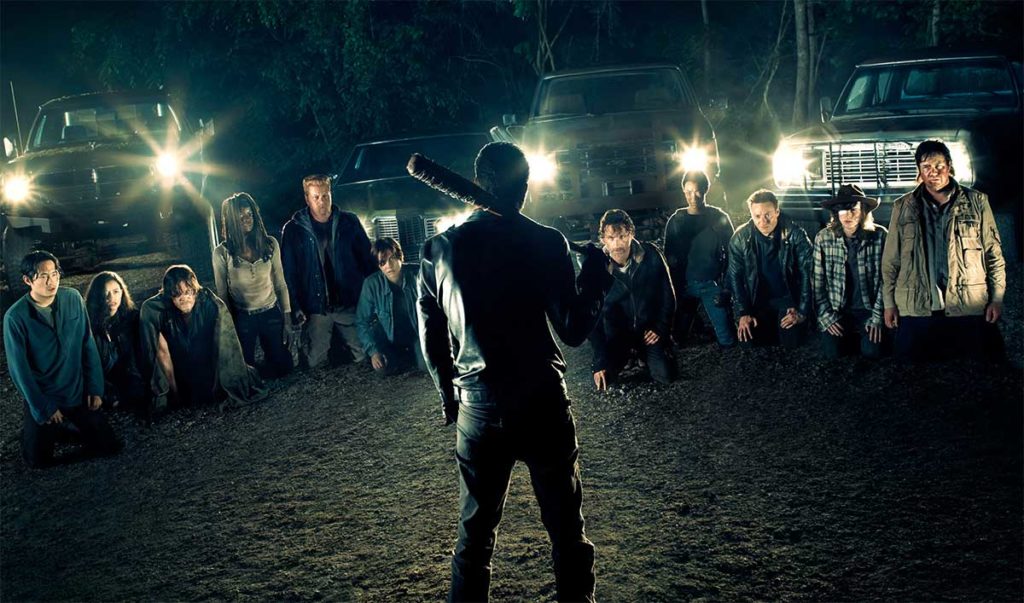 Millions of viewers tuned in to the premiere of season 7 of The Walking Dead on October 23, 2016, to see the resolution of the cliffhanger that ended the previous season. Rick Grimes(Andrew Lincoln) and his allies found themselves captured by Negan(Jeffrey Dean Morgan) and the Saviors, and Negan had selected his victim to bludgeon to death as the 6th season concluded. This 5 disc Blu-ray collection of The Walking Dead season 7 is being released in advance of the premiere of season 8 on October 22, 2017.